Travel is almost always exciting, but it can also be exhausting when we keep to a very low budget for an extended period. Particularly for backpackers going from hostel to hostel, it can feel like a chore after only a week or two, so breaking things up with a cheap splurge can be critical.

The worst way to do it is to just suddenly become so fed up that you book into a big chain hotel on the spur of the moment just to get decent shower pressure again. The best way to do it is to plan your splurge day or two in advance, which will give you something to look forward to as it approaches.

As a veteran of many very long trips in cheaper areas, I’ve developed some strategies for how best to do a splurge without spending much extra money on it. On a related note, I’ve written about luxuries that even backpackers can afford in cheap countries, so the system below can be added on top of those for even more semi-posh experiences on a low budget.

Why include a splurge day or two?

If your trip is only a week or so, and especially if your budget is already stretched, then including a splurge of any kind is probably unwise. But for longer trips a splurge can be a refreshing thing to look forward to while you are bouncing between hostel beds or 1-star hotels. Budget travel can truly be exhausting and that comfortable bed or posh dinner will feel wonderful before you start cutting every corner again.

More importantly, do it because you can 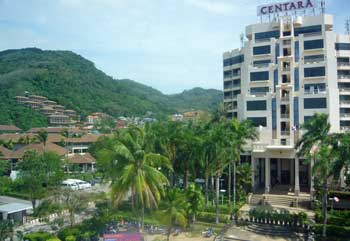 Unless your trip is Oslo to Stockholm to Zurich and then home, you are going to be staying in one or more destinations that should feel relatively cheap. This site – Price of Travel – is probably the web’s best place to figure out the relative prices, especially on the Global Backpacker Index.

Imagine that back home you like beer (US$2 a can) but you love champagne (US$20 a bottle), so you end up usually drinking beer. Now, imagine being in a place where everything is half price. Do you save US$1 on the beer that you like, or US$10 on the champagne that you love? The answer should be pretty easy, which is exactly why you want to treat yourself a bit better for a day or two when you can.

How to best plan a splurge as part of a trip

I can tell by the comments and emails I get to this site that a great number of visitors are planning long trips to Europe, Asia, or even around the world. Whether it’s a 2-week trip to 4 cities, or a 6-month trip to wherever you fancy, you will be visiting places that greatly range in price. Generally, it’s better to splurge in cheaper places, but not always. 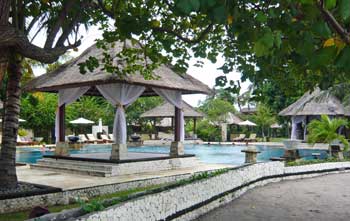 Personally, I love to book a really nice hotel room to help cancel out memories of the tiny and windowless rooms I usually book to keep costs down. But other people might prefer a posh dinner or a great bottle of wine or even a personal tour guide for a day to help navigate a mysterious city. Hopefully you can afford at least a couple of these things if you are visiting a cheaper city, but even one night in a private room as opposed to a dorm bed is a welcome break.

Needless to say, the sky is the limit when you are traveling. A ticket to Disneyland Paris starts at around US$80, which is 10 to 15 meals for many of us, but if that’s your thing you should do it. Or you might like a massage on the beach, which is US$80 in Miami but only US$5 in Vietnam. Consider things along your route that you might not normally think you can afford, and pick a few anyway.

2 – Choosing the best city for your splurge 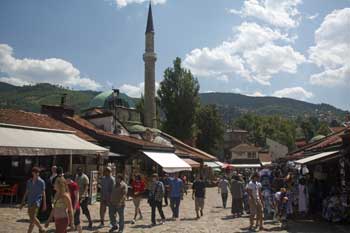 You probably don’t want to start your trip with a splurge, though you might want to end with it. Somewhere in the middle is nice, but it will largely depend on exactly where you are going along the way.

Generally speaking, cheaper cities (obviously) offer better relative value, and smaller cities are cheaper than bigger cities. On the other hand, smaller cities might have fewer nice hotels or posh restaurants, so there’s no perfect formula for choosing. A resort town in a cheaper country (Asia, Latin America) is probably better than the biggest city in that same country, but in more expensive countries (Europe) the opposite might be true.

3 – For a hotel splurge, the cheapest city you visit is probably best 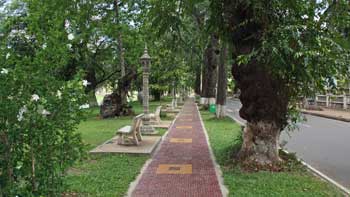 Imagine your itinerary is Berlin to Budapest to Prague to Krakow and back to Berlin. On that list, Krakow is far cheaper than the others (even though it’s incredibly nice) so you might be able to get a central 3-star hotel there for under US$50 per night, while the same would cost closer to US$100 a night if not more in the others.

Similarly in Asia, if you are visiting Singapore, Kuala Lumpur, Bangkok, Siem Reap, and Saigon, you’ll get far better value in the last two than the first three. Siem Reap is a small town with various spa resorts that are actually affordable, and Saigon is a chaotic city where a 3-star hotel room would be a welcome break after sweating all day seeing the sights. 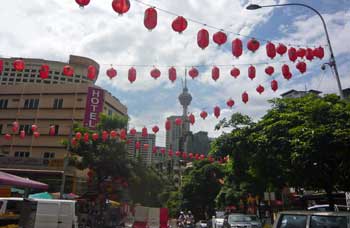 The normal sacrifice you’ll make for a special deal is location. In other words, you won’t find a 4-star hotel just off the main square at a great price, but you might find one a 10-minute metro ride from the main square. In Kuala Lumpur, for example, you can often book a 4-star business hotel for around US$40 per night if there are no conferences or meetings going on. It’s hard to find a 2-star hotel in the shopping district for that same price, so if you are willing to take a bus or tram a bit out of the center for 2 relaxing days at a very nice hotel, it doesn’t have to cost a fortune. 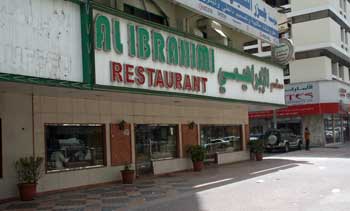 Unlike some people, I actually find TripAdvisor hotel and restaurant reviews to be quite helpful when looking for quality and tourist-friendliness. For restaurants in particular, if you look at the Top 10 TripAdvisor rated places you are pretty much guaranteed good food and great service, but you’ll rarely get great value or anything authentically local.

So when you want to treat yourself to a really nice meal in a foreign city for a splurge, you are better off asking locals where they’d themselves go for a special occasion. It’s very unlikely to be a touristy place (that charges artificially high prices), and it might only get middling reviews because the menu isn’t in English and that sort of thing. 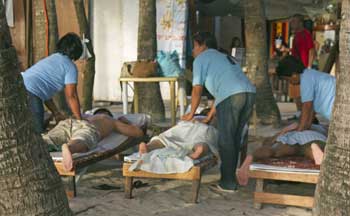 Unfortunately, prices of 5-star hotels around the world don’t vary much because they usually involve foreign investors and management. But in places where local labor rates are low by international standards (like Southeast Asia and India) many luxury services can be astonishingly cheap. For example, a one-hour massage on the beach can be found for between US$5 and US$10 in many parts of Asia.

On the more practical side, in these same areas you can often book a driver and car or van for the day for US$30 or even less. When we backpack and stay in hostels we automatically go for public transportation whenever possible, but in these places you can see far more in air-conditioned comfort for extremely fair prices.