Though most travelers think of Oahu when planning a Hawaiian vacation, there are other islands to consider. In fact, each island offers a different taste of Hawaiian culture, food, lifestyle and scenery, making it best to visit more than one island to truly enjoy everything that Hawaii has to offer. Luckily, Hawaiian inter-island travel is tried and true with short scenic flights, easy to access airports, a generous amount of flight times to choose from and the availability of ferry travel.

With that said, there are a few things to keep in mind when booking flights or a ferry ride in order to make the most of your travel experience. Below are some tips and tricks to choosing the best method, time and location of travel in order to enjoy every aspect of your inter-island travel. 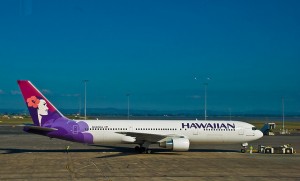 Within the islands, there are 3 different airlines that offer inter-island travel. With that said, it is important to note that Both Aloha Airlines and Go! Airlines have discontinued their services. The 3 available airlines today are Hawaiian Airlines, Mokulele Airlines and Island Air. By far, Hawaiian Airlines is the most well known and used. It also has the largest fleet, largest number of travelers and most flights between the islands.

Hawaiian Airlines is also the only airline within Hawaii that services each island, which is perhaps its greatest appeal. It is also the airline with the largest planes, making it a top choice for island companies looking to transport their workers from island to island for various jobs. 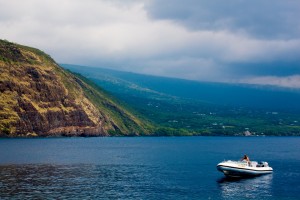 Island Air, the second most popular airline, flies to every island except the Big Island, which may or may not work with your travel plans. Unlike Hawaiian Airlines which uses jet planes, Island Air prides itself on the use of 64-seater planes that fly at noticeably lower altitudes. This allows for passengers to get a better view of the ocean and land below them, something to consider when booking.

The third airline used within Hawaii is Mokulele Airlines which offers travel between the Big Island, Maui, Molokai and Oahu. Though Mokulele Airlines uses small planes to travel to and from, it completes an impressive 120 to 150 daily flights. It is also noted as the cheapest airline, though the price differences between each airline aren’t much, making this achievement a small one.

Best time to fly between the Hawaiian islands 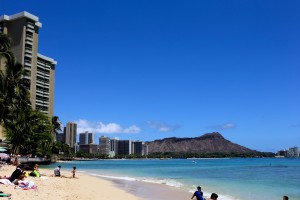 Luckily, there are numerous flights between the islands even though there are only 3 airlines that service inter-island travel. These flights are 7 days a week from early morning to late at night. When booking an inter-island flight, there are a few things to keep in mind:

Though flight lengths do vary depending on which island you’re flying to and from, generally speaking each flight lasts between 35 to 45 minutes. Because of the short flight time, more flights can be scheduled throughout the day, allowing for more visitors and locals alike to move between the islands on a consistent basis. This allows for frequent movement at all of the serviced airports, including early morning and late at night. It should also be noted that depending on what island you are traveling from and what island you are traveling to, you may have to land in Oahu for a connection flight. This can double the flight time as two flights will be taken instead of one. For example – flying from the Big Island to Kauai will require a stop in Oahu. 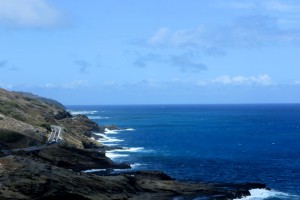 Hawaiian airlines is especially popular with its early morning and late evening flights. These flights are generally much cheaper than flights toward the middle of the day. Though these departure times are a money saver, it is important to take into account your travel plans for the day as well as your check in time at your hotel or resort. Also, because these flights are on the cheaper side, they tend to book up quickly with local workers who are traveling from island to island for a project. This means that if you’re seeking an early or late flight, you’ll want to book as soon as possible to make sure that there are enough seats left for you and your group. When booking a flight, it is also important to note what day you’ll be traveling as price increases are fairly large on the weekends and holidays.

Another thing to keep in mind is that due to the large volume of daily flights between all of the 3 airlines, there is generally a flight every hour or so. This is important for those who have a tendency to miss flights as there will be another flight shortly after, making it less of a big deal. 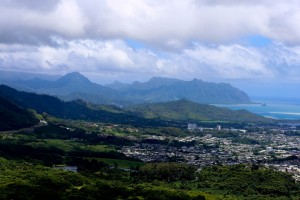 The most famous and most used of the Hawaiian airports is the Honolulu International Airport located close to Waikiki on Oahu. This is the airport that services most of the flights to and from the mainland, though both Big Island airports do as well and are frequently used for the same reason. Honolulu International Airport is also the airport that most travelers pass through when completing an inter-island flight route. This airport is larger than the rest with the typical boarding fashion of indoor gates that lead you through a short tunnel toward the in and out door of the plane. Below is a list of the airports within the island that service passenger planes.

The other airports within Hawaii are much smaller and often shuttle people onto the planes via a ramp outdoors. However, each airport still provides baggage services, check-in kiosks, security check points and information and brochures regarding local tours and activities. You’ll also find rental car services at each airport as well as taxi services. Each airport is also either located within town or close to, making for a short drive to your hotel.

Though there are a few other airports found within the islands outside of the ones listed above, those are used for local island tours and helicopter flights. Some of the Hawaiian airports are used for travel to and from the mainland as well as to other countries. 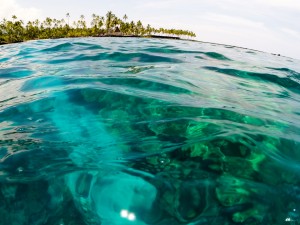 Currently there are only two ferry services within the island chain. These two ferries depart from Maui and run to the nearby island of Molokai and to Lanai. Mostly these two ferries are used for locals traveling to and from work but also serve as an easy and enjoyable transportation method for visitors who rather not fly back and forth.  Due to how close each of these three islands are, the ferry to Molokai only takes about 90 minutes or so while the ferry to Lanai is even shorter at only 45 minutes.

Unfortunately if you’re looking to travel to any of the other islands, you’ll have to board a short flight. There used to be a ‘superferry’ that would regularly transport locals and visitors alike between the islands of Maui and Oahu but due to financial challenges it was closed down in 2009. There is talk about re-opening a ferry line between Maui and Oahu, though no set plans have been put into place. 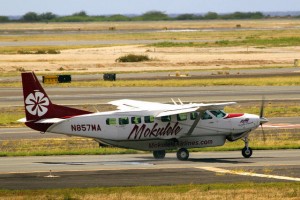 Contrary to popular belief, travel between the islands is relatively quick and easy- a stark comparison to travel in other places around the world. Due to how close each Hawaiian island is to the next, flights are usually less than an hour each with the availability of numerous flight options and departure times throughout the day. Because of this, there should be no problem finding the best flight time to correspond with your travel plans. With that said, it is important to note the size of each airport, where you’re staying in comparison to the airport and traffic to and from. Though the majority of Hawaiian airports are small and easy to navigate, the Honolulu International Airport on Oahu is larger with a notable amount of traffic going to and from. This means that you’ll want to leave a little extra breathing room to return your rental car and find your departure gate.

All in all, travel between the Hawaiian islands is considerably less tiring and stressful than travel within the mainland or other countries. Due to the closeness of each island, amount of daily flights to and from, and small size of the airports, both visitors and locals alike have come to view inter-island travel similarly to a short road trip, except instead of driving you get to sit back, relax and enjoy the view of the ocean and coastline below.