Currency shifts have created some new bargains for summer 2012

As the summer travel season is approaching I thought it would be interesting to look at the currency situation for travelers. The most interesting and perhaps unusual thing is that almost all major currencies have been quite stable against the US dollar (and against each other) for the past year. This contrasts to a couple years ago when the US dollar was tanking against almost everything.

These exchange rate charts can be a bit misleading because there are often notable swings within a few months, and a visitor can get either lucky or unlucky depending on which way it went.

Still, I think it’s useful and interesting to see where things have gone in the past 6 months and past year to see which countries are at least better bargains than they were exactly a year ago.

Major currencies in the last 12 months

Again, most currencies have been quite stable for the past year against the US dollar and each other. But here are the highlights of some good destinations that now are at least a little cheaper this year compared to going into summer 2011. 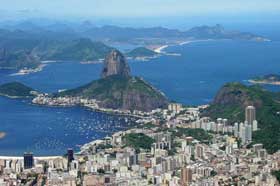 The Brazilian currency had been quite overvalued for a while, and now it’s come back to a more reasonable level. Inflation overall was only about 5% in Brazil in 2011, so it’s somewhat cheaper now.

Rio de Janeiro has nice weather year round so it’s a good choice in the off season with cheap hotels. The rest of the country is even cheaper, of course.

If you can find a cheap flight Brazil can be quite inexpensive as long as you avoid December through Carnival time, and the weather will still be pretty nice. 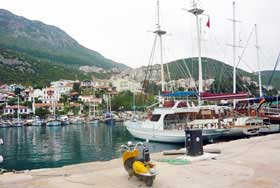 Istanbul has gotten surprisingly expensive in the past decade, but the rest of the country is still quite cheap by European standards, and it has a lot to offer, including summer resorts. The weakened currency has also helped make it more affordable.

Antalya is an increasingly popular holiday spot for the sunshine crowd, and it is teaming with interesting ruins and sights in addition to its restaurants and nightlife. Cappadoccia is a must-visit for anyone in the country, and fortunately it’s as cheap as it is lovely. 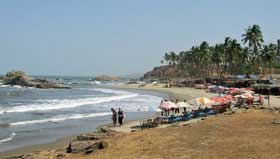 India has an inflation problem of its own, but at least its currency has been coming down along with it, so at least in some cases things are cheaper for foreigners than they were a year ago.

India is also the cheapest country in the world for budget travelers, still, as long as they aren’t picky about “international standard” hotels and such.

The key to visiting India is to minimize your time in the big cities like Delhi and Mumbai, partly because those are fairly expensive anyway, and head to the smaller towns and even the beach resorts, including the world famous Goa. 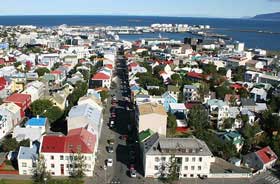 It’s now become clear that the currency crash in Iceland a few years ago wasn’t just a temporary phenomenon. The country, especially Reykjavik, is still relatively expensive, considering they have to import almost everything from long distances, but at least it’s reasonable now compared to the astonishing prices tourists were facing in the prior decade.

Most people only spend a day or two in the capital before renting a car or taking a bus tour around the island to visit the various outdoor highlights. Depending on how that’s done, it can be quite cheap these days. 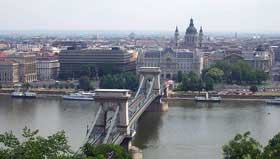 For most people, London, Paris, and Rome are still quite expensive and not much has changed. But the good news is that most of the currencies of the countries just to the east have weakened notably over the past year. They were already cheaper than their more popular cousins, but now Poland, Czech Republic, Hungary, and Croatia are among those where foreigners are getting even better deals this year.

Check out the 3-star Europe Index and the Europe Backpacker Index for 2012 and you’ll see a long list of interesting cities that are far cheaper than the obvious ones.

Argentina is no longer a bargain 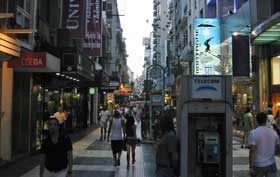 Even though Argentina’s currency has been weakening at a steady rate over the last year, the inflation rate is now out of control, eating up the difference and a lot more. Prices for many things, including public transportation, have literally doubled in the past year or two, and there are no reasons to think it’s going to stop soon.

Buenos Aires is truly one of the world’s great cities, and it’s still a relative bargain with prices a bit lower than, say, Paris or Rome, but a few years ago it was half that price and a few years from now it might be quite a bit worse. Go now or you may not get the chance.

16 Best Asia destinations in December of 2022 Is the Berlin City Pass Worth it? 2022 Berlin Travel Card Review for Museums & Attractions Hawaii food prices: Tips for farmers markets to supermarkets Top US theme parks and their 2020 admission prices