Germany impresses everyone who takes the time to visit, whether it’s with medieval towns or castles along the Rhine or modern cities brimming with cultural activities and nightlife. But Germany is also a rather large country (for Europe) and the vast majority of people visit only one or two corners of the country at a time.

One thing I’ve learned from the hundreds of comments on my Eurail Passes and European itinerary Q & A posts is that great numbers of those covering Europe in two or more weeks like to stop in Germany along the way. So rather than assume people are trying to cover all of Germany, I’m going to point out the highlights that travelers can weave into longer trips of the whole region.

I’m from California but my mother was born in Germany and my older brother has lived there for 15 years so I’ve had the luxury of seeing all the best tourist cities and quite a few others. I’ll ignore most of the lesser destinations and try to point people toward the best of the best.

Where to go in Germany for 1 to 3 weeks 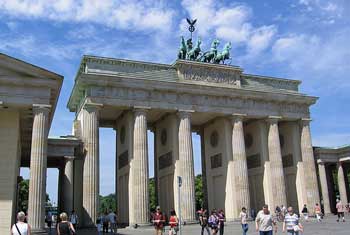 Not all that long ago, Berlin felt a bit like a secret that only “advanced” travelers knew about. But now everyone seems to realize that Berlin might be Europe’s most exciting city, on the cutting edge of art, design, and nightlife trends. Better still, Berlin is a bargain, with good hotels at great prices. Prices of most things are noticeably lower than in Europe’s other great cities such as London, Paris, or Rome.

One complication, however, is that Berlin is very large and spread out. Similar to London and Paris, it has multiple central areas so you’ll need to use the extensive public transportation network, and stay at least 3 nights or more. Start with the famous free Berlin Walking Tour to get oriented with parts of East Berlin, and plan on at least a day exploring the former West Berlin as well.

Bonus: English is so widely spoken in Berlin that you can literally ask locals in it (as long as they are under 50 and/or involved in tourism), unlike other German cities where it’s still considered polite to start the conversation in German asking if they speak English. 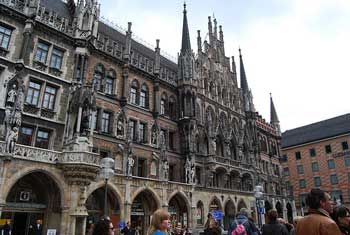 Most of the widely-known cliches about Germany, including lederhosen, yodeling, and those giant beers, are actually Bavarian cliches. Bavarians still identify themselves as Bavarians first and Germans second, and Munich is obviously the place to soak all of this in. There is a reasonably compact city center, but there are also extensive parklands and plenty of other attractions spread around a bit, including the BMW Museum.

One word that most people use to describe Munich is “pleasant,” with a more relaxed and outdoorsy vibe. Of course there is also the famous Oktoberfest, running from mid September to early October, but before you plan for attending, realize that hotel rates literally triple for the festival. Still, if you can include Munich on your trip, you won’t regret it. 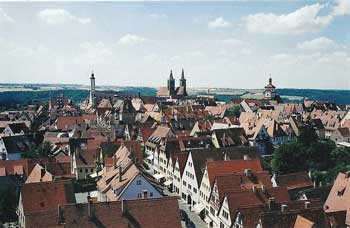 Not far from Nuremberg and along the so-called Romantic Road in Bavaria, sits Rothenburg ob der Tauber, which is one of the most perfectly preserved medieval towns in Europe. It’s a truly lovely place but there is a little trick to enjoying it properly. Similar to Venice, Italy, this town is packed with bus tours every day, so it feels unusually crowded between the hours of 10am and 4pm or so.

So just as with Venice, the trick is to spend a full 24 hours there, which will allow you most of the morning and all evening to practically have the place to yourself. You can get great views while exploring the city walls, but the highlight of a visit might be the Nightwatchman’s Tour at 8pm (except in winter). It’s a famous and entertaining walking tour explaining life in the city’s 14th Century heyday. 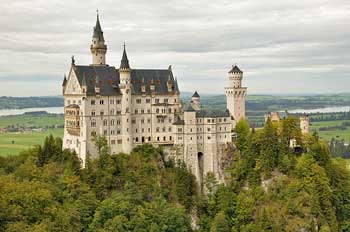 In some ways, Füssen is similar to Rothenburg ob der Tauber in that both towns are very popular for day trippers, and pleasantly empty at night. In this case, everyone is coming to see Neuschwanstein Castle, which was famously the inspiration for Sleeping Beauty’s castle in Disneyland. The castle is on a hill just above the town, and is obviously worth a visit if you are anywhere nearby.

If you take a bus tour then you’ll be herded in and out with the huge crowds, so this is another that is worth staying overnight and visiting on your own terms. The town has other lovely castles plus historic churches and a generally nice center. Conveniently, Füssen is at the southern end of the Romantic Road, so it’s easy to visit by car, bus, or train between Rothenburg ob der Tauber and Munich. 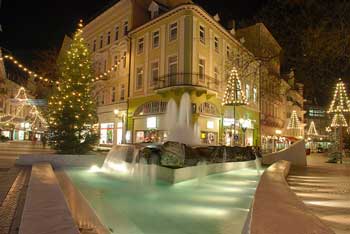 The “Black Forest” has a famous and interesting name, but it’s really just a mountain range (and forest) in the southwest of the country, with nothing particularly special about it. On the other hand, it’s the home of cuckoo clocks among many other traditions, so a stop here is worth considering if you are interested in getting to know more of Germany and its culture.

The area is also home to Baden Baden, which is a spa town famous for attracting wealthy to its thermal baths and casino. The thermal baths are open to the public, and popular with tourists of all income levels, so they are worth a look if this is your thing. 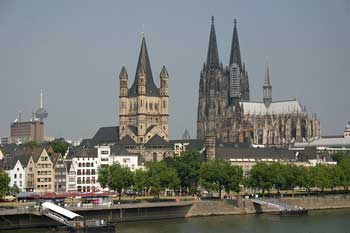 Probably not a city that is worth keying a whole holiday around, Cologne (Köln in German) is still the most interesting destination in the very populous area in the country’s west. It was mostly flatted in WWII, but the famous gothic cathedral survived, and it alone is worth at least a quick stop in the city.

Beer drinkers appreciate Cologne for its somewhat unique version of lager known as Kölsch that is served in small glasses in all of the town’s many bars and pubs. There’s also one of Germany’s most impressive Christmas markets near the cathedral and train station, which is yet another reason for an overnight stop in December. 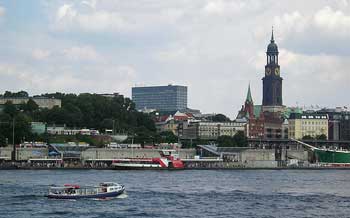 Germany’s second largest city is also one of Europe’s richest, but it’s also a large seaport with a rough and tumble past. So it has high end shopping areas and lakeside mansions, but also perhaps the most famous red light district outside of Amsterdam. The Reeperbahn, as it’s known, is still a raucous nightlife center that reminds visitors how it was made famous as the place where the Beatles perfected their craft as a house band.

Hamburg also boasts its share of palaces, museums, and even the world’s largest model train railway display. But in spite of this, the city doesn’t seem to draw in as many tourists as one might think. Honestly, if you are going between Amsterdam and Berlin and/or Copenhagen, it’s a worthwhile stop. If you aren’t, then it’s probably better to concentrate in other regions.

Frankfurt (probably best to skip it) 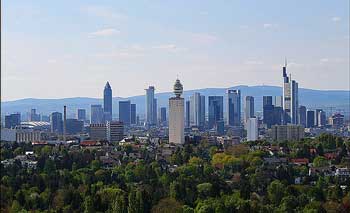 Frankfurt is famous as the home of one of the world’s busiest airports, and as home to most of Germany’s famous banks and its stock exchange. But none of these are good reasons to visit the city for sightseeing purposes. In other words, don’t just plan on staying a couple days in Frankfurt because you are flying in or out of its airport, or because you assume it has interesting things to see.

Actually, Frankfurt does have an impressive city center and some interesting architecture and a few good museums, so visiting isn’t a waste of time, it just might not be a good use of time. Germany’s rail system is so efficient that you can land at the airport here and be in one of the better tourist cities only a few hours later, without ever making camp in Frankfurt, so that’s usually the way to go.