Flying to Hawaii: Your options and money-saving tips

Tropical destinations serve as a dream vacation for many. Often times trips are booked to the South Pacific and the Caribbean. But what about those who wish for a tropical paradise closer to home? Though technically the Hawaiian islands are far removed from other civilizations, they are still a part of the United States, meaning that a passport to visit is unnecessary. In fact, the Hawaiian island chain is very easy to reach with flights in and out daily.

But when should you fly to Hawaii? What part of the year offers the best flight rates? What islands can be flown directly into? What about connection flights within the islands? In order to help with the planning process, we’ve answered all these questions and more, below.

Airlines that fly to Hawaii 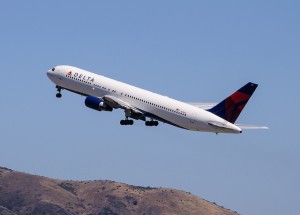 The most popular airlines used in travel to and from Hawaii are Alaskan Airlines and Hawaiian Airlines. Alaskan Airlines service flights to each of the 4 main islands as does Hawaiian Airlines, making them both common choices for visitors due to availability of flights. Other commonly used airlines include American Airlines, Delta Airlines and United Airlines. Most flights from the mainland into Hawaii depart from Portland, Oregon, Seattle, Washington, and from Oakland, San Diego and Los Angeles, California. If traveling from another part of the Untied States, more than likely a connection flight within the mainland will be needed. These connection flights do add to the overall cost of travel, so it is important to take in consideration of where your initial flight takes off from.

When choosing a flight, it is important to keep in mind that there are no flights into Lanai and Molokai from the mainland. These islands can only be reached via inter-island Hawaiian Airline flights, meaning that a flight to one of the other islands first is necessary.

-Virgin America now offers flights to and from Oahu and Maui. Each island will receive one daily flight from San Francisco, California.

Hawaii airports available to fly into 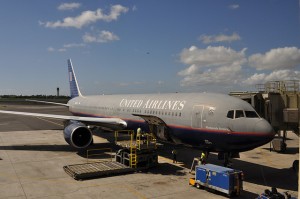 As stated above, 4 islands within the Hawaiian island chain allow for incoming flights from outside of Hawaii. All together, there are 6 airports to fly into with the Big Island and Maui offering public use of 2 airports each.

Below is a list of all of the public airports within the Hawaiian islands.

Most visitors fly into Oahu through Honolulu International Airport. Sometimes these visitors stay the duration of their trip on the island while others hop over to a neighboring island for the rest of their trip. Even yet, there are a select few that simply fly into Oahu as a way to save money on their flights. This is because in some instances, it is cheaper to fly from the mainland into Oahu and then over to another island instead of straight to their island of choice. Though this method does add travel time as a connector flight is involved, it usually isn’t enough to warrant a straight flight instead as there are lots of daily flights from Oahu to the neighboring islands, sometimes every hour. Due to the large amount of on island airports, lots of visitors choose to partake in inter-island Hawaiian flights as a way to travel to several of the islands in one longer trip.

Best time of year to fly to Hawaii 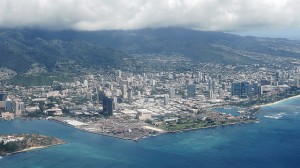 As with travel to any other part of the world, there are several factors that impact flight fares to and from Hawaii including time of year, day of the week and which island is being flown to. Some of the more notable price increases are during the month of March and during the winter months. March in particular is an expensive month to visit Hawaii due to the surge of spring breakers that flock to the Hawaiian islands. In addition to flight rate increases, hotel and resort rates rise as well making for an expensive Hawaiian vacation compared to other times of the year. December, January and February are also times of the year where flights in and out are on the expensive side. This time of the year is considered ‘snowbird’ season with a rush of visitors from the northern United States. On the contrary, August through November are great months to find more budget friendly flight rates.

A notable fun fact is that during the winter and spring months there is a surge in visitors to Hawaii due to a planned cruise around the islands. Also, there are many visitors who choose this time of year to visit in order to get a chance to see one of the many humpback whales that frequent the waters surrounding the islands. If traveling during this time of year, not only will you face higher flight prices but also flights that fill up earlier than most. Because of this, it is important to book your flights as early as you can, especially if traveling in a group that would like to sit together.

Another thing to take into consideration is the day of week that you plan to fly. More often than not, flights will be cheaper during the week and more expensive during the weekend. This is true of flights to all of the Hawaiian islands, even with flights between the islands. 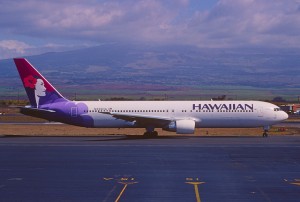 Though most travelers who visit Hawaii find the islands as their only or last stop, there is the option of continuing onward to other countries. Though Hawaii does not service travel to Central or South America like some would think, regular flights to parts of Asia and the Pacific can be found. Some of the most common international destinations from Hawaii include Auckland, New Zealand, Sydney, Australia, various cities in Japan and Manila, Philippines.

Generally speaking, travelers will find themselves on the ever popular Hawaiian Airlines though there are exceptions where other airlines will be used instead. Over the years Delta has come to serve quite a lot of international flights, following as a close second to Hawaiian Airlines.