The Caribbean is by far the most popular part of the world for cruises, and thanks to a surge in popularity of the activity, it can now be explored by those in almost every budget category. Considering it’s mostly an all-inclusive holiday and the departure ports are generally near cheap and popular airports, a Caribbean cruise can be done so inexpensively that it might be shocking.

However, unlike airlines that are basically interchangeable, cruise lines each tend to fit into a price category and have a personality of their own. There are 11 different cruise companies (including a few small-ship luxury outfits) that cover the Caribbean, and a scan of the information below should help you narrow your best options down to only one or two of the lines.

Each cruise line tends to attract a different crowd

One of the more interesting things about the cruise market is that each line tends to attract a certain crowd, so passengers are most likely to enjoy themselves if they choose the one that suits their own preferences best. Unsurprisingly, the cheaper cruise lines tend to attract families and younger people, although Disney cruises are also obviously aimed at families and those start at about triple the price of Carnival.

Other cruise lines are more popular for couples or older passengers or those who prefer a more formal or traditional style of cruising. If you read through the descriptions of each line below, you can probably narrow down your choices quickly, and hopefully the price range will match as well.

How we compared the cruise lines

This list below comprises the best-available rates (in May 2022) for 7-night Caribbean cruises for July 2022. Prices go up and down depending on a variety of factors, but they all tend to move together so the rankings below don’t change much or at all.

This article was originally published in 2012, but it was fully updated and re-ranked in May, 2022.

The fares below are per person based on double occupancy, and government taxes, fees and port expenses are additional for all guests. 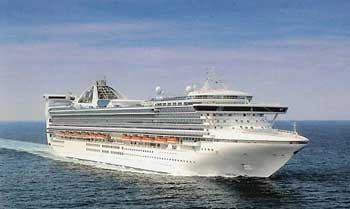 A slightly upscale division of Carnival, the Princess Cruises leaves from Ft. Launderdale on this run and explores Mexico and Central America rather than the more common islands to their east. The Caribbean Princess can carry 3,140 passengers and is one of the newest cruise ships added to this line. With this said, it is very comparable to the Regal Princess.

Not as casual and fun-minded as the cheapest Caribbean cruises, the Princess sailings attract a bit more formality and a higher age range, though families with children are mixed in as well. Expect mostly Americans and Canadians on these cruises, with a sprinkling of Brits and other Europeans.

With a long history and a reputation as a most traditional cruise line, Holland America Line is now another somewhat upscale part of the Carnival family. These cruises are on 5 different ships, which carry between 1,200 and 2,000 passengers and have also been modernized in the past few years to include some Asian dining and culture options.

Holland America in general is known for catering to an older and more sophisticated crowd, and this cruise is no exception. It will be mostly older Americans and Canadians with a sprinkling of families with kids.

The 7 night rate above is from the month of October. 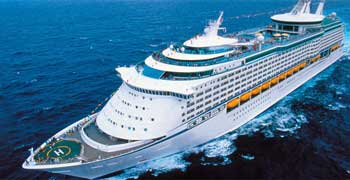 While Tampa usually isn’t the first pick for a departure point, the Royal Caribbean cruises leaving this port are a great choice. This is on the Rhapsody of the Seas, which carries up to 2,416 passengers, and has recently been refurbished as of 2012 with updated cabins, additional dining options and an outdoor movie screen.

As you would expect in this price range, the dress tends to be casual and the ships attract a wide mix of younger and older and families and couples, mostly from the United States and Canada, particularly from Texas and Louisiana on this departure.

This cruise rate is for a cruise in October. 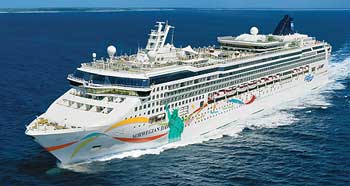 Norwegian Cruise Line is famous for pioneering the “freestyle cruising” concept, where passengers can select from a wide range of restaurants and activities and go whenever they like rather than on a rigid schedule. This cruise is on the Norwegian Breakaway, carrying a maximum of 3,963 passengers, which counts more than 20 freestyle-dining restaurants on board. This massive ship also has extensive children’s programs, branded by Nickelodeon.

The Freestyle Cruising thing ends up attracting a wide range of passengers, including some who prefer to dress formally on formal nights. So you can expect families and older folks along with a lot of romantic couples from all age ranges, primarily from the US and Canada.

Started in Italy, MSC only recently entered the North American cruise market with these winter Caribbean excursions. In the rest of the world, MSC cruises tend to be dominated by European guests, but now with their Miami-based cruises they attract mostly a North American crowd. They used to have 2 formal nights per cruise, and now the buffet restaurant is casual all the time, although the main dining room is a bit more formal. This sailing is on the MSC Seaside, which can carry as many as 5,179 passengers.

Even on these Caribbean journeys, the crowds on the MSC ships are very international, with a great number of Europeans mixed in with Americans and Canadians. You won’t see as many families on this cruise as it’s more suited to the adult crowd.

Carnival and its “Fun Ships” slogan are very popular with first-time cruise passengers, and especially younger people and families, primarily from the United States and Canada. 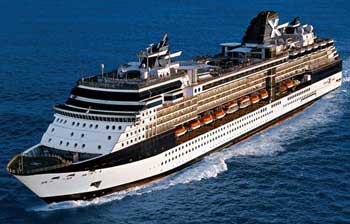 Another in the more traditional and mid-market category, Celebrity Cruises is in the process of updating many of its ships to conform to modern demands, and the Celebrity Equinox on this 7 night journey was just refurbished. With a maximum capacity of 2,850 passengers, this ship feels more upmarket than the cheaper ships, and it’s meant to appeal to a younger and more trendy audience.

The departures from Puerto Rico are popular with Spanish-speakers from Latin America and Spain, while the slightly more expensive Fort Lauderdale departures are mainly Americans and Canadians on board.

This cruise runs during the month of June onward through the rest of the year.

Considering the Disney is obviously aimed at the family market, it might be a bit surprising to see their cheapest Caribbean cruise at about triple the price of some competitors. But then again, nothing about Disney is cheap, and their ships are known for being first-class with plenty of room for families to move around and spread out a bit. This sailing is on the Disney Fantasy, which can carry 2,500 passengers and is loaded with branded entertainment options for kids. Not unlike its theme parks, the Disney Cruise Line ships aren’t cheap, but they deliver a very high quality product to the intended audience.

Needless to say, these cruises are dominated by families with younger children, but some with older children as well, and most will be Americans and Canadians.

Recommended Istanbul hotels that offer good value Is the Amsterdam Pass 2020 worth it? We review value and prices here Cheapest cruise lines for 2022 Mediterranean cruises - 8 lines ranked by price Global Backpacker Index is fully updated for 2022