Swiss cities on a budget: Geneva, Lausanne and Zurich

Switzerland is a multicultural country sitting at the crossroads of innovation, technology, science, culture and adventure. It’s home to a myriad collection of cultures and languages from across the globe. And it shares its borders with three powerhouses in the European Union (Italy, Germany and France). If New York is the world’s melting pot, surely Switzerland is its fondue.

And this above all and anything else is perhaps the most salient reason why tourists flock to the land of raclettes and world renown chocolates. There is something for everyone here: skiing, yachting, cuisine, luxury shopping, adventure travel, academic endeavors. You name it. The Swiss have their fingers on the pulse of what keeps an active lifestyle ever exciting.

That being said, such luxuries and quality of life don’t come without a cost. In fact, in 2012 Zurich replaced Tokyo as the world’s most expensive city in which to live. While it no longer claims the number 1 spot on the top 10 most expensive cities list, it still claims real estate in the top 5. And some of its sister cities in Switzerland are no slouches either.

So how does a tourist to Switzerland get to partake of all the wondrous adventures, imbibe the glorious wines from the old country, digest the succulent locally farmed meats and cheeses, and luxuriate in top class spa treatment without spending a fortune? Being a savvy traveller is what will set you apart from the rest of the pack that have overspent on their Swiss getaway.

The 3 cities to consider for a visit

While there are infinite possibilities of places to visit in Switzerland, three cities stand out as sure fire crowd pleasers. Zurich, Geneva, and Lausanne offer tourists a fascinating mix of sport and leisure, luxury detente, top cuisine and shopping and anything else in between for the inquisitive set.

Between the three, they each boast a very unique cosmopolitan identity unlike the other and therefore are seductive choices for first time visitors to Switzerland.

Why go to Geneva 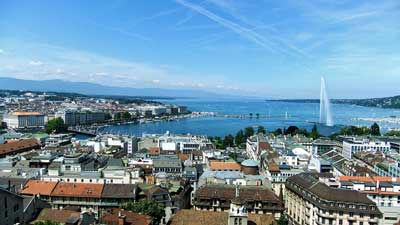 Geneva is the second most populous city of Switzerland after Zurich and the most populous in the French-speaking region of Switzerland known as Romandy (Romandie in French). It plays host to more than 160 international organizations that foster aid, trade, diplomacy and culture between their respective home nations and the rest of the world. It is called “The City Of Peace” for a reason.

The United Nations and many nongovernmental organizations that seek to eke out peace in troubled regions of the world are headquartered here. But Geneva also thrives with:

Why go to Lausanne 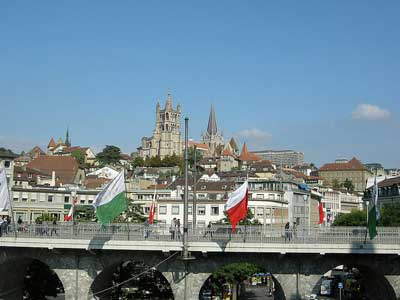 Lausanne is the Olympic Capital of the World. It’s here where the World Anti-Doping Agency (WADA) is based, which has defined a strong standard for eliminating performance enhancing drugs (PEDs) from sport. Lausanne plays home to weekend warriors, professional athletes, businessmen and women, retirees, and in betweeners.

Its hills are San Francisco like, with sloping streets that boast all manner of transport: buses running on electric cables, above ground trains, and subway metro trains.

In fact it is one of only a handful of cities in the world that boasts an automated metro train run strictly by computer without the aid of a physical human being in its presence. And so remarkable is the metro train, it’s the only one in Europe that ascends and descends underground inclinations steep enough to make your head spin. Here, an active sporty lifestyle is not only in the DNA, it’s evidenced in almost every Olympic logo one sees around town.

Why go to Zurich 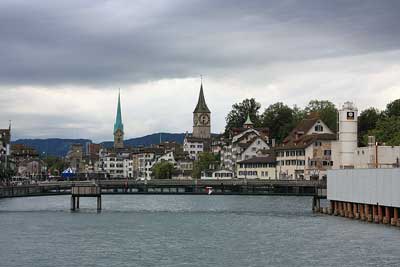 Zurich is the most populous city in Switzerland. It’s famed for playing home to a number of ex-pat celebrities like Tina Turner and Phil Collins. It’s also famed for its numerous chocolate factories, shops, museums, stunning hills and valleys and breathtaking panoramic views.

Here, German is the language of choice (that and a Swiss-German variant). But most vendors and locals are capable in English.

Lovers of cuisine, detente, hiking and outdoor adventure, the arts, and shopping flock here to get it all in in one fabulous go.

Things to do in Geneva 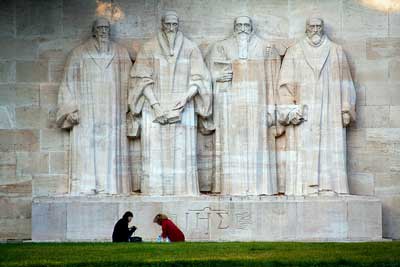 For outdoorsy types fresh off their arrival into Geneva International Airport, the first thing on one’s mind might be what to do in the City of Peace. What not to do is the more appropriate question. If the weather permits and it’s summer, the Alpine Gardens with its more than 110 rock formations and stunning collection of plants is perfect for walking, hiking or jogging.

If in the mood for a swim, visit the nearby medieval village of Hermance. Take in the sights of this 13th Century village that sits on the shores of Lake Geneva. Once you’ve absorbed all the historic architecture, local artisans, farmers market and shopping; head over to the beach to swim, stand up paddle, canoe or sun bathe.

For more intellectual pursuits, consider taking in The Reformation Wall, a sculpture monument in Parc des Bastions depicting Jean Calvin, Guillaume Farel, Théodore de Bèze and John Knox. It’s only paces from Place de Neuve where a host of theatres, museums and trendy inexpensive clothing shops and restaurants roost. And even better, only a few steps away from the monument sit outdoor ice-skating (perfect for your winter travellers) and giant chess boards which are always popular among the locals and visitors.

And shuttling between any of these places couldn’t be easier. Geneva’s metro system TPG runs a series of trams, buses and trolleybuses that all connect with the central train station. For 10.60 CHF you can get a day pass to cover all of Geneva’s metro area for getting hither and yon.

That leaves plenty of spending cash to eat up local fondue, inexpensive shopping at the flea market of Plainpalais, or ample time to dance the night away at any of the top clubs like Macumba, Moa Club and Jet Lag.

Things to do in Lausanne

If you’ve ventured even further along the lake that Switzerland shares with France and have made it to Lausanne, no doubt you have adrenaline pumping adventures in mind. 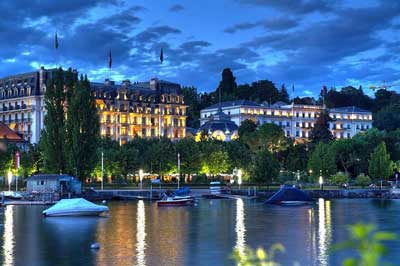 Lausanne is considered the smallest city with a metro system in the world. And for all that it is equally large and cosmopolitan. A day pass on the metro can run 8 to 10 CHF. You’ll have ample time to visit the Olympic Museum, drink a coffee at the gorgeous Beau Rivage Hotel, and walk or run along Lake Leman.

If eager to really explore the forest trails that surround Lausanne, you can hire a bike or huff it on foot. Mauvernay Trail is especially popular with hikers, bikers and running enthusiasts. It winds through steep hills and tall skyward reaching trees. Anywhere along the way you might find a chalet nestled in the woods for dining or having a drink.

If still in the mood to stay outdoors but keep your physical activity to a minimum, you can take in the outdoor cinema and a meal at La Folie Voltaire.

And if none of those activities suit your mood, there are numerous museums, a Vivarium housing an expansive population of venomous snakes and reptiles, the zoo, and numerous shops and cocktail bars in the city center.

And of course during the summer months the beach along Lake Leman offers plenty of options for swimming and sunbathing.

Things to do in Zurich 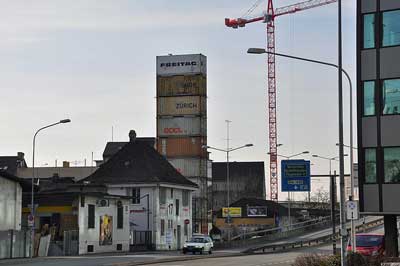 Zurich offers something for everyone. This cosmopolitan city pulses and vibrates with urban chic and robust outdoorsy adventure. For those yearning to connect with nature even in the swell of cosmopolitan Zurich, one of the popular things to do is fly fish along the Limmat river.

Another idea is to ascend Uetliberg Mountain or walk through the Masoala Rainforest at the Zurich Zoo. There’s also paragliding and bungee jumping from the grandest heights, swimming and boating along Lake Zurich, and yoga and Tai Chi among the sculpture gardens or botanical gardens.

Once you’ve cooled down from your vigorous adventure, you can visit any of the stunning cathedrals on hand in Zurich, including Fraumünster and Grossmunster churches, both harking back centuries and offering live organ and choral music to visitors.

There are also a bevy of cupcake shops, sweet tart shops, chocolate shops and apothecaries, fondue restaurants, and exotic eats that won’t break the bank. The trick is to avoid tourist traps and go for authenticity.

And when it comes to shopping, Zurich is filled to the brim with luxury shops. So finding affordable bargains requires a shrewd eye for deals and sales. The Freitag Store is both a great sight-seeing adventure and reasonable place to look for a nice bag. The store itself is erected out of several cargo train cars positioned atop one another. So seeing it live and in person is a breathtaking sight to behold. And while you scale to the top, you can equally shop.

If you do nothing else, you can visit the Lindt Chocolate Factory and take a tour. Perhaps the world’s most famous chocolate (give or take two other brands that are also Swiss), Lindt in collaboration with Zurich Tourism offers day tours. And it’s a great way to cop some free chocolate while you whip through its factory.

Where to stay on a budget in Swiss cities

All three cities are bustling with 4-star hotels and cheap beds as well. And each of the cosmopolitan cities offer their own lovely promotions and last minute deals for accommodation. 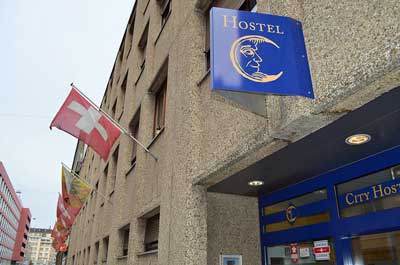 Travel sites like Easyjet and Ebookers offer great lower fares on hotels when paired with flight tickets. And if you’re doing a trans-Atlantic flight with a final destination of Switzerland, a wise tip would be to choose London as your port of call via your main airline carrier and then cop a 32 to 40 CHF fare to Geneva via Easyjet.

Before you completely check out, check out the hotel promos on offer. Hostels are aplenty. Geneva, Lausanne and Zurich all respectively have a huge community of hostels near each of their central train stations.

Hostels can run from 25 CHF and up. A nice comfy two-star hotel with all the basics can fetch 55CHF on off peak season or booking several weeks in advance. If you’re keen to splurge, four star fare starts around 300CHF a night and up.

The best advice for booking a hotel is to book a cheap package deal via a travel site or take advantage of day of deals. Some hotels offer unpublished fares the day of to walk-ins.

And if you’re savvy, you can possibly even find some wiggle room for negotiating the fare down a notch or two with the front desk manager. Hoteliers aim to please tourists. They’ll be keen to offer a deal or point you in the direction of someone who will. Otherwise book a month in advance for your best savings.

What about visiting the Swiss Alps?

As tempting as the cities of Switzerland might be, it’s also important to know that the Alps in the area provide some of the most amazing views and nature experiences in the world. Here’s how to visit the Swiss Alps on a budget as well.

Akil Wingate is an American writer and singer-songwriter, explorer, foodie and fitness enthusiast based in Paris, France and Lausanne, Switzerland. He currently writes for numerous fashion, travel, health and fitness, and world news magazines. When he isn’t writing, composing or touring the world, he usually can be found in the kitchen whipping a challenging recipe into shape.

Costa Rica towns: Choosing the best destinations for you Theme park passes: Are they worth the money? Here's what to consider 25 Cheap Destinations for 2023 with great weather in February 174 World cities by latitude: Things line up in surprising ways