Cheap places to go for Americans and Canadians in 2022

Vacation prices have always been different depending on which part of the world you are visiting, but they have actually been fairly stable from one year to the next, so the cheap ones were always the cheap ones and the expensive ones are always expensive. Something strange is happening in 2022, and for the first time in at least 10 years, there have been some big shifts in travel prices.

Thanks to a combination of inflation and dramatic shifts in exchange rates, some places are now FAR cheaper than they were just a year or two ago, at least for Americans and Canadians. The list below highlights all of the best places you can go and spend far less than you would have recently. It’s generally great news for Americans looking for places to go, and generally bad news for Europeans and some others.

By now everyone is aware of how inflation and various shortages (including labor) have made many things including vacations much more expensive in 2022. As true as that may be, things are actually WAY worse for Americans and Canadians staying in North America compared to those heading to Asia, Europe, and South America.

In fact, mostly due to large shifts in exchange rates, many of the world’s best travel destinations are actually unusually cheap for those with US or Canadian dollars. If you can find an affordable plane ticket, you are likely to save a ton of money once you’ve landed compared to vacationing closer to home. 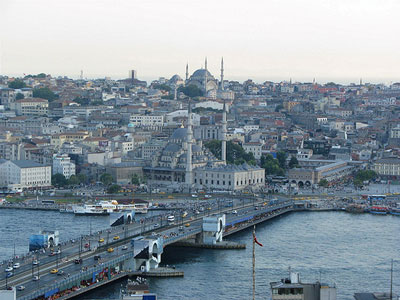 Since 2010, Price of Travel has been publishing our Backpacker Index, which is a shorthand way to compare travel destinations in price. We use prices for hostel beds, meals, attractions, transportation, and entertainment to come up with a single price that makes it easy to compare cities around the world to one another.

Now in 2022, there are some very unusual deviations compared to years passed, and now the US and Canada are dominating the most expensive places to vacation this year. Long story short, you will get MUCH more for your holiday dollar if you leave the US, and the difference is more dramatic right now than it’s been in at least 20 years.

What this means is that a backpacker on a budget would need to spend over US$100 per day to just sleep, eat, and get around in a major city in the US or Canada in 2022.

Cheap and excellent places in 2022

More information and examples of the cheap places listed above 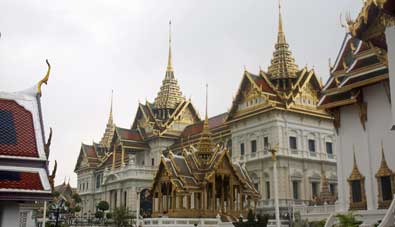 Bangkok is easily one of the world’s most interesting cities and it has a great tourist infrastructure for those who speak English. It’s always been fairly cheap, but as of now you can easily find 4-star hotels with good locations and great reviews that start under US$40 per night for two people. Needless to say, if you are willing and able to spend more, you can get something VERY nice.

It’s also easy to eat well for under US$10 per day per person if you include choices from the abundant and excellent street stalls, and otherwise focus on the places where the locals eat.

This luxury hotel attached to an upscale mall just around the corner from where I used to live on the main shopping street has an amazing pool and is just steps from the Skytrain station. 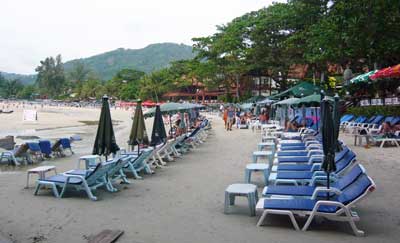 Phuket is the easiest to reach and visit of Thailand’s many beach islands, and things are almost as cheap there. Hotels on the beach won’t be quite so cheap, but if you book something a couple blocks away you can get a really nice hotel for US$50 per night.

The rainy season goes through early December and starting just after Christmas the room rates go up with the larger crowds, but things are still quite cheap compared to the Caribbean or Hawaii or anything else this nice with great beach weather.

Yes, this is part of the Westin chain and it gets great reviews. It’s set on a private beach on the southeast edge of Phuket. This price is for September and it will be more expensive in the high season, but even when it rains it tends to come and go quickly this time of year. 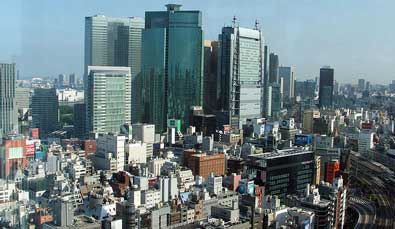 As of summer, 2022, visiting Japan is still a bit complicated because of COVID quarantine rules, but for a longer visit it could still be worth it because the yen is so low right now. Tokyo used to be one of the most expensive tourist cities in the world, but at 2022 prices it’s actually weirdly affordable and still incredibly nice.

The Japanese yen has been hovering around JPY110 to US$1 for most of the last few decades, but starting late in 2021 the yen started weakening and it’s now up to almost JPY140 in July, 2022. That’s an almost 30% drop compared to the USD, even though prices within Japan are still barely budging at all.

Tokyo is obviously the easiest Japanese city to visit and it’s actually been surprisingly affordable for the last decade or so compared to, say, New York or London. Finding a lunch of a rice or noodle bowl for around US$5 has always been possible, and now you might not even have to spend US$4. That said, Tokyo has more than its share of fancy and expensive places as well, but as of now ALL of it is about 30% cheaper for us than it was a year ago.

Part of the well-known Prince Hotels chain (I’ve stayed in one of them in Tokyo myself), this well reviewed hotel is located in the Roppongi district, which is known for being tourist and expat friendly. A hotel room like this would normally have been closer to US$150 per night not that long ago, and that’s still a decent deal. Room rates are probably this low because tourism is way down due to COVID. 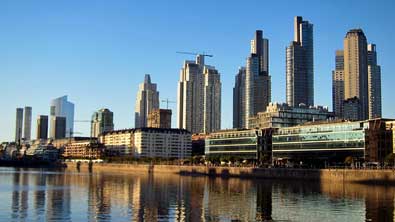 Buenos Aires is easily one of the nicest and most pleasant cities in South America for tourists, and once again it’s become insanely cheap due to yet another currency meltdown for the Argentine Peso. As of July, 2017, the Peso was 17 to US$1 and in July, 2022, it’s 129 to US$1. The local inflation rate has offset most of those gains for foreigners, but still in 2022, Argentina is incredibly cheap and a great bargain.

Even more interesting is that Argentina once again has an “official” exchange rate and the unofficial Blue Dollar exchange rate. It’s a bit complicated, but the short version is that if you bring US dollars into Argentina you can exchange them in person for (currently) well over double the official exchange rate. It may not be easy to pay for your reserved hotel room this way, but it IS easy to pay for most of your food, drinks, shopping, and transportation with local cash. In other words, Argentina is currently FAR cheaper than it would seem based just on hotel prices and official exchange rates. 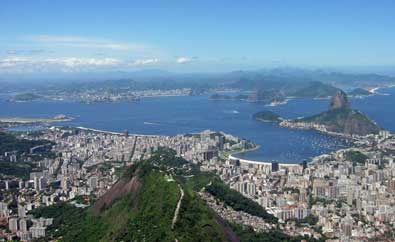 Brazil hasn’t had the same problems as Argentina, but its currency has also had its value cut almost in half compared to the US dollar in the last five years. Rio de Janeiro might have the most natural beauty of any large city in the world, so it’s a shame that it also has problems with crime and tourists have to plan ahead and be careful.

It’s best (and safest) to stay in one of the famous beach areas including Ipanema or Copacabana, where you will be close to many great restaurants and some of the world’s nicest city beaches. The train up to Corcovado and the cable car up Sugarloaf Mountain are not cheap, but still great value considering how iconic and amazing they are.

This well-reviewed Sheraton is on the beach just a bit south of Ipanema in an even safer neighborhood. It’s got a full spa and a choice of mountain view and ocean view rooms for about the same rates.

A bit similar to Argentina mentioned above, Turkey has experienced both runaway local inflation AND a cratering local currency. It’s also had more than a tiny amount of political instability, but that generally doesn’t affect tourists, although it’s wise to keep track of the current news.

Istanbul is a huge and fascinating city with a pretty pleasant climate most of the year, and in 2022 it’s become extremely cheap again for foreign visitors. Tourism is not as strong as it used to be as well, so finding things like 4-star hotels in good locations with great reviews for around US$30 per night for two people is quite possible.

This well-reviewed hotel lists itself as 5 stars. It gets great reviews, but even if it isn’t as luxurious as we might hope, it has an amazing location just behind the Hagia Sophia and the Blue Mosque in the best tourist neighborhood in Istanbul. 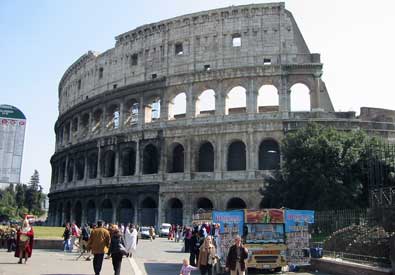 As you can see on the list above, even some of Europe’s priciest cities are cheaper in 2022 than the United States and Canada. This one is mostly due to the Euro itself dropping from US$1.17 to €1 a year ago to US$1.01 to €1 today. Many experts are predicting that the Euro could get as low as US$0.97 to €1 later in 2022, but predicting currency movements can be a dangerous game.

For context, the Euro was introduced in 1999 and it was officially started at just over US$1.17 to €1. In other words, that was considered the par value at the time, and the exchange rate has bounced between about US$1.50 and US$1 to €1 ever since. So in 2022, the Euro is nearly matching its lowest value in the last 23 years, and that means that everything there is relatively cheap for those with US or Canadian dollars. 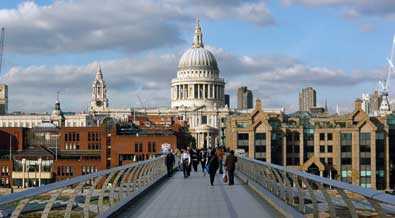 It would be hard to call London a “cheap” city even today, but it IS actually cheaper than it has been in decades for those with USDs. London is a famously expensive city and it’s only about 20% cheaper now than it has been in recent years, and that’s definitely worth pointing out.

The British pound (GBP) had been hovering around US$1.40 per £1 for many years, with a few ups and downs having to do with the Brexit vote and implementation. Now, however, the GBP is around US$1.18 to £1, so suddenly everything is about 20% cheaper than just a year ago.

Hotel rooms in London do tend to be pricey and small, but once you have a place to sleep it’s not too difficult to keep your sightseeing expenses down if you plan ahead. Things like the London Eye and Madam Tussauds are expensive, while all of the magnificent state-run museums such as the British Museum and the Tate Modern are totally free.