When is the best time to visit Spain? Here’s how to decide

Popular with tourists all year long, Spain has a lot going on in all seasons. While most of the rest of Europe goes into hibernation starting around December, Spain is still popular in winter, although it’s important to know where to go and what to expect.

In the article below we will go over every season and month of the year to see where you should go and what you can do during that time. We also cover all of the major tourist destinations and weather in Spain so you’ll know where to go as long as when.

Best weather with moderate crowds: April, May, September, and October 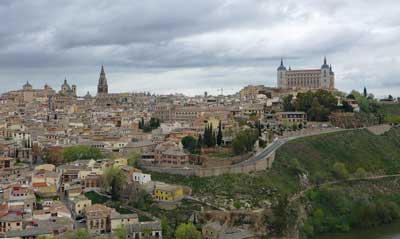 If you can choose any month of the year to visit Spain you are best off going in April, May, September, or October. The weather in those months features warm days and mild evenings along with little rainfall. Those aren’t necessarily the best months to work on your tan at the beach, and we will cover that a bit below, but for experiencing the cities and culture and food and nightlife, these four months are ideal.

The summer months in Spain are not only more crowded, sometimes to the point of absurdity, but also incredibly hot and often humid as well. Spain is not even close to the Tropics, but it’s hot every day in summer and the sunshine feels almost tropical in that it can be annoying long before the end of the day. 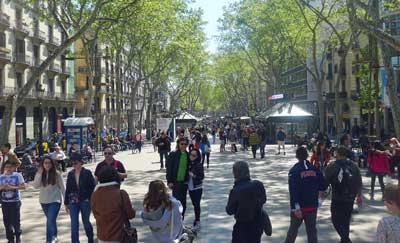 The Spanish beaches are packed solid in July and August, and pretty crowded in June as well. But it’s worth noting that as many Spaniards as can afford it will take all of July or August off, so the interior cities such as Madrid and Seville can actually feel a bit empty in those months, even as they are crowded with other tourists.

Barcelona is a huge city that also happens to have its own beaches, so it never really empties out like the others, although the office buildings are less crowded. One advantage of coming between June and August is that the days are very long so you can even do as the locals do and spend a few hours of the afternoon in your hotel room and then go out again in the evening and do more sightseeing before a late dinner.

Beach season in Spain is May through early October 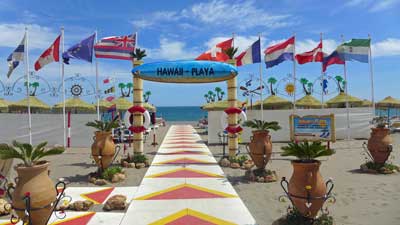 Even though Spain is in the south of Europe, it’s still nowhere near the equator so the winters are colder than many people expect. In Barcelona the beach months are June through September, while in the Costa del Sol along the southern coast you actually have warm beach weather all the way from May through the middle or end of October most years.

The popular Spanish islands include Mallorca and Ibiza are somewhere in between with beach seasons usually starting in mid May through mid September, and there really isn’t much point in visiting the islands before or after that because most things are closed.

If you are really looking for a beach holiday in Spain between November and March you should consider the Canary Islands, which are part of Spain and located off the northwest coast of Africa. Tenerife is the largest and most popular of the Canaries and you can actually work on your tan almost any day of the year in the popular area in the southwest corner of the island around Los Cristianos. 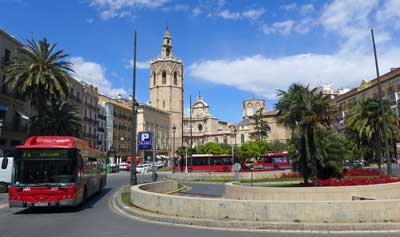 Even though Spain has mild winters compared to the rest of Europe, it’s still pretty cold from November through March, and some areas have nighttime lows below freezing in January. That said, these can still be good months to visit because crowds are small and you can usually get by during the day with just a light jacket or sweater.

Barcelona in particular has becomes so crowded during the warmer months that visiting this time of year can be a great strategy. The city is so popular for weekends breaks among Europeans that many people prefer the off season because they can see the sights and enjoy the restaurants and nightlife without standing in line for everything.

Siesta in Spain is important to know about and work around 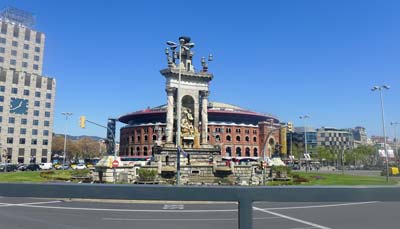 Even if you’ve yet to visit Spain, you probably have heard of their famous “siesta” culture. This used to literally be an afternoon nap after a big lunch, but now it mostly refers to a break in working and retail hours from about 2 PM until 5 PM every day. The typical Spanish worker works from 9 AM until 8 PM with a 3-hour break from 2 PM to 5 PM and that includes many retail shops and even larger stores.

It makes the most sense during the summer when the afternoon sun and heat are punishing and it’s best to seek shelter regardless. When visiting Spain it’s important to be aware of this and work around it. You should try to do your sightseeing and shopping in the morning and plan on heading back to your hotel or grabbing a leisurely lunch around 2 PM. The evenings come alive again and the streets and sidewalks fill up way into the evening. It’s fun once you get used to it and frustrating until you do.

Carnival in Spain is also busy

As a largely Catholic country, the Carnival holiday is a huge celebration in most larger Spanish cities and it’s worth planning around. If you plan on coming during the celebration, which is in February or March lasting about a week, it’s wise to book a hotel well in advance. But if you aren’t interested in the celebration it’s best to avoid those dates because hotels and most other things will be more crowded and expensive.

There are large celebrations in Barcelona and Madrid. If you are thinking about joining them it’s wise to book well in advance because the hotels will be full.

Annual events in Spain to be aware of

Carnival is a big celebration in Spain, in all of the larger cities. It’s 40 days before Easter so it usually falls in mid to late February or early March.

The week leading up to Easter is known as Semana Santa in the Spanish-speaking world and it’s filled with events and celebrations all over Spain. Easter (April 9 in 2023 and March 31 in 2024) itself is a bit quiet and most things are closed.

This day celebrating workers is a pretty big deal all over Europe, including in Spain, although it doesn’t affect hotel availability to any degree.

Most businesses in Madrid are closed but there are loads of street celebrations.

Running of the Bulls (July 6 through 14)

The infamous event goes every year on these dates in Pamplona.

The famous tomato-throwing event is held each year in Buñol.

This regional celebration closes down much of Barcelona for a day.

A big national day with festivals in most cities and towns in Spain.

These holidays are big in Spain and many things that you’d expect are closed.

Where to go in Spain 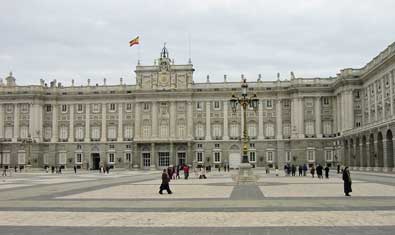 Spain’s capital city is a must-see on your first visit, even as Barcelona has become more popular. Madrid is in the center of Spain and it’s where you’ll find the royal palaces and most other important buildings and landmarks. This is the best place to enjoy tapas and the bar-crawl culture that goes with it, and the late nightlife in Madrid is also legendary. 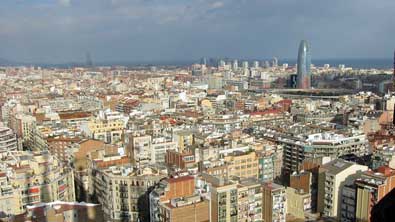 Suddenly everyone is coming to Barcelona and you have to see it yourself to know why. In summer the city is now so crowded that officials are considering limiting tourism, which is a good reason to consider visiting in spring or fall. The most striking thing about Barcelona is the architecure and it has to be seen in person to be believed. The famous Gaudi buildings are worth the visit alone, but there is so much more than that, as well as some rather nice beaches. 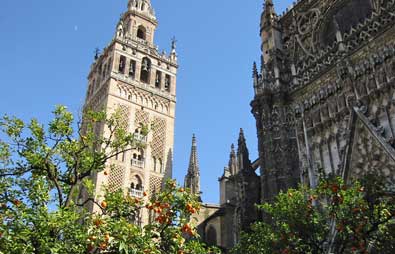 The largest city in the region of Andalusia, Seville is commonly the third stop on many 3-stop visits to Spain. It’s a beautiful city with plenty of history and a food culture of its own. Seville is the best place to learn about bull fighting by taking a tour of the famous ring near the center of the city. The cathedral in Seville is among the most famous in all of Spain and the Alcázar palace complex was featured in “Game of Thrones” even though it was worth visiting without that. Two days should be enough to enjoy the highlights, but three days would be better. 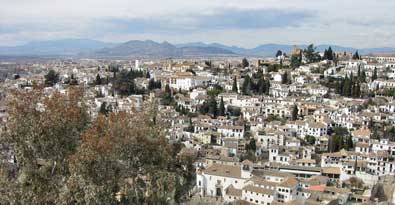 Also in Andalusia, Granada is another very popular stop due to its Moorish history. A large part of Granada was designed and built by the Muslim Moors from the 1200s to the 1600s so it has a very distinctive look and feel compared to any other large city in Europe. The enormous Alhambra palace and Generalife complex is one of Spain’s top sights and it definitely worth a visit. There’s also a big university here so Granada has noticeable ‘college town’ nightlife. Two days should be long enough to see the main sights and three would be better. 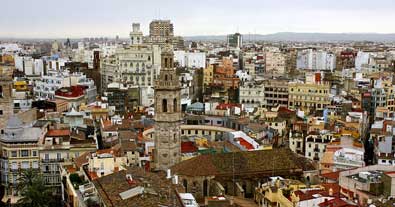 Spain’s third largest city is known for interesting modern architecture, but also for a gorgeous historic city center and lovely beaches. This is the place to come try paella in its supposed birthplace. One great reason to visit Valencia is that it has everything that a gorgeous and historic tourist town should have, but with far fewer tourists than Barcelona or Madrid. Two days should be enough for most people. 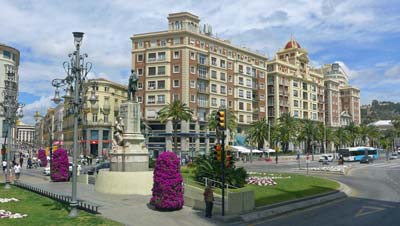 The city of Malaga is a legit and lovely city on its own so it’s worth a visit if you are in the area. Still, the majority of visitors to the small nearby towns that make up the Costa del Sol are holiday-makers from elsewhere in Europe, and particularly Britain. It’s very lively from May through September and quite mellow the rest of the year. Marbella is arguably the most famous of the Costa del Sol towns and the most fabulous as well. Torremolinos is cheaper and perhaps even more interesting for those who aren’t going to party as part of a tribe.

While the larger nearby islands of Mallorca and Menorca in the Balearic Sea are fairly generic and mostly places to just relax, the island of Ibiza draws international crowds mostly for its dance music culture. Similar to the other islands, Ibiza is almost closed for business from October through April, and packed during the warmer months. The mega-clubs are located in various places around the island and not near the towns. Sant Antoni is the town with the best nightlife for those who don’t want to go to the huge clubs at 1 AM or later, while Ibiza Town is the better option for those who prefer a bit of peace and quiet. 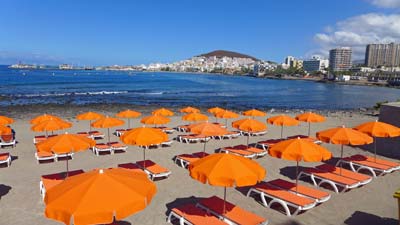 Off the coast of Africa but still fully part of Spain, the Canary Islands are very popular for sunshine holidays for people from all over Europe. The weather is warm enough all year round for at least some afternoon beach time, and July and August can be quite hot. Tenerife is the largest of the islands and the one most popular with English-speaking visitors. You won’t find much wild nightlife here, but you will find reasonable prices for hotels and restaurants. It’s mostly a place to relax when the weather at home is bad.

Top US theme parks and their 2020 admission prices Choosing where to stay in the Cancun area, Playa del Carmen, Tulum, Cozumel? 16 Cheapest Asia cities to fly into from the US 22 Best May destinations in Europe for 2023