First trip to Europe? Focus on these 5 great cities rather than cheap ones

Planning your first trip to Europe can be challenging because we hear so many great things about so many different places, it’s tough to know which to see first. There are interesting cities like Copenhagen and cheap cities like Krakow and even some cities that are interesting and cheap at the same time such as Cesky Krumlov. Still, I’m here to recommend starting with the classic and famous cities first and then exploring other places starting on your second trip (and there WILL be a second trip).

The list of 5 cities below can make for a perfect first-time to Europe itinerary all by itself if you have two weeks or so to spend, and I even tell you exactly how to do that at the end. Traveling can seem competitive in certain circles and it’s hard to brag about having visited Belgrade or Riga if you haven’t been to London, Paris, and Rome before. We keep an updated list of European cities from cheapest to most expensive and most of the cities I mention in this article are on the expensive end of the list, and they are still worth it.

This article was last updated in August, 2022.

Start with Europe's greatest cities, and work out a budget from there

If you are planning your first trip to Europe, hopefully it will be the first of many. Once you get a taste of the place and the crazy variety you’ll experience there, you’ll be ready to start planning your second trip before you even get home from your first.

While it might be tempting to start by visiting some of Europe’s cheapest cities, it’s actually much better to start with the classics to see what all the fuss is about before you branch off into more obscure destinations. And good news for Americans in 2022 who are planning a trip because the Euro and British Pound are both very weak right now so even the top cities such as London and Paris will be relatively cheap, even compared to visiting, say, Chicago, this year.

Suggestions for your first trip to Europe

Due to the unexpected popularity of this article and the many questions in comments about first-time itineraries, I’ve created a new and detailed article with all of my best suggestions.

>>>11 Best itinerary ideas for your first trip to Europe

Once you at least scan that article you’ll have some itinerary ideas for your own trip and I’ll be happy to answer questions at the bottom of that one. If you want to choose just one country to visit on your first trip to Europe, your best choices are England, France, or Italy. 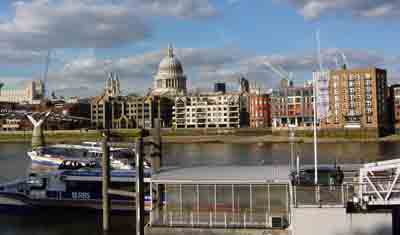 The only town that can compete with New York City for the title of ‘Capital of the World,’ London is where everything comes together. And obviously as an English-speaking city (mostly), it’s among the easiest to begin adapting to the culture and style of Europe. The first time you see Parliament and Big Ben just around the corner from the London Eye, you’ll know you are somewhere important and unforgettable.

London also used to be famously expensive and it still can be if you are holding money in Euros or British pounds or some other currency that is low at the moment. But if you are from the US or Canada, London has come down in price quite a bit in the last few years due to a currency drop. It’s true that there is inflation as well and some prices have gone up for visitors, but generally London is relatively cheap for most people in 2022.

This is also a perfect place to start your first Europe trip because there won’t be a language barrier (although some accents are harder to understand than others) and you can get the feel for Europe and the time zone without also having to worry about being understood by the people you meet. 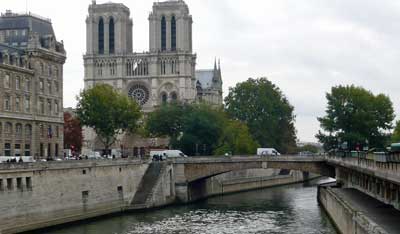 Definitely more intimidating than London, and also far more beautiful, Paris is a city that so many people gush over that you might assume there’s no way it could live up to the praise. Then you go to Paris for yourself and you start gushing yourself. Walk for thirty minutes from anywhere near the city center and you’ll keep seeing buildings and bridges and public art that will make you want to start checking apartment prices.

Every city has problems, even Paris, but it’s hard to imagine anyone being sorry they visited. While Paris is an expensive city, it’s actually a bit easier to keep costs down, mainly because the extensive Metro system means that you can still have a great and convenient time if you stay in a cheaper hotel outside of the main tourist center.

Another thing to mention is the food. Somehow, the French people care a lot more about food than any other nationality and they are amazing at it. Seriously, it’s almost impossible to find a meal that isn’t unusually great. You can even order the Plat Du Jour (plate of the day) at the closest neighborhood restaurant to your hotel and it is almost guaranteed to be amazing and also reasonably priced. 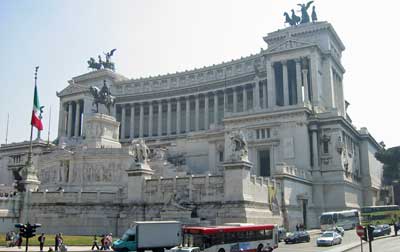 Unlike London and Paris, the city of Rome does actually seem to have a group who’ll tell you to avoid it. Rome is frustrating in many ways, with crazy traffic and a sense of disorganization that is hard to adapt to, but there’s also no denying that it’s one of the world’s greatest and most important cities.

It’s easy to tell people to avoid a city once you’ve been there yourself, but no one gives points to those who would brag about never visiting a city because they heard it was too crazy. With Ancient Rome, the Coliseum, and the Vatican just for starters, Italy’s capital is worth the hassle to see it at least once, and many people love it so much that they keep returning. Hotels in Rome are weirdly expensive, but other costs are reasonable, and it’s totally worth it at least once in your life.

In 2022 all of Italy is relatively inexpensive because of the low Euro, so it’s a good time to visit some of the normally expensive cities like Rome. There are probably 10 famous attractions in this city that are each more amazing and interesting than any attraction in most other European cities such as Berlin or Brussels. 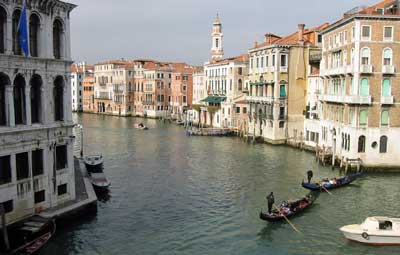 Some cities are really beautiful from certain vantage points or certain angles, but Venice is beautiful from all of them. As a touristy city for several hundred years now, the biggest problem with Venice is the crowds it attracts. Even in winter, the main pedestrian routes can be so packed that it frustrates nearly everyone. And in summer, they are worse, of course.

Even though hotels in Venice tend to be quite expensive, the best way to visit is to spend at least one or two nights on the main island. You’ll find that early mornings and evenings are far less crowded, as most groups head to the mainland to sleep. Venice is also small enough that 36 hours is plenty of time to see the best bits, so it’s worth a one-night splurge for a good location.

Try to visit Venice when there are no cruise ships parked nearby, although that can be tricky in summer. You’ll enjoy how empty the island feels in the early morning hours and also late into the evening. The restaurants tend to close early and there isn’t much raucous nightlife, so after 10 PM or so the walkways are mostly empty and it’s another great time to enjoy Venice. 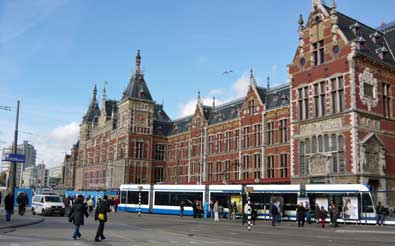 Some people might not put Amsterdam on this short list of great European cities, but plenty of people agree with me that it’s another of the world’s most beautiful and interesting places. Most of the city center is perfectly preserved from its beginnings in the 17th Century, and it’s been quite wealthy ever since.

Many cities around the world boast that they have more canals than Amsterdam, but except for Venice, none are nearly as stunning. Add in the way bicycles dominate the landscape, the weirdness of the Red Light District, and its pleasant overall nature, and Amsterdam is worth a visit in spite of its relative high prices for most things.

Hotel prices in Amsterdam have gotten somewhat out of hand so it’s a good thing the Euro is lower if you are coming from outside the region. Still, as good as the public transportation system in Amsterdam is, you’ll have a better time if you pay a bit more to stay in a hotel or hostel in the compact city center, roughly from the Princengracht canal ring to Centraal Station and anywhere in between. 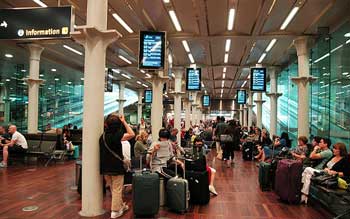 If you are planning your first trip to Europe and you’ve got about two weeks to spend there, it’s quite easy to visit all 5 of the above cities on one efficient trip. You can even sneak in another amazing city for a day or two if you’ve got it to spare.

You can do the following itinerary in either order, but I do think starting in London is better than starting in Rome on your first trip.

Include the above cities as part of bigger trips

The 5 cities mentioned above are the ones that I think are the best and most dramatic introduction to Europe, and the most likely to inspire more trips, but I wouldn’t recommend just trying to see these 5 and then heading home. Depending on budget, season, and trip duration, you could add or subtract many other worthwhile cities to make the perfect itinerary.

If you’ve traveled all over Europe yourself, do you agree or disagree with the cities selected above? I can’t think of another that deserves to be in this top tier, but I’d imagine that other people might have other ideas.