Is the Go Barcelona Pass 2022 worth it? We review prices and value here

Barcelona is one of Europe’s most popular sightseeing cities, with a climate that makes it accessible pretty much all year round. The main attraction here is the huge collection of whimsical and unusual architecture, much of it designed by Antoni Gaudi. First-time visitors are going to want to see as many of these buildings as possible, and the Go Barcelona Pass can be an excellent value for those who plan in advance.

Introduced in 2016, the Go Barcelona Pass now includes admission to over 35 major attractions. The list of included attractions has grown from 16 at launch to now over 35, and it’s very possible that it will include more things by the time you reach the city. Below we will examine what the Go Barcelona Pass offers and see who would get the best value out of the pass.

The short version on who should buy a Go Barcelona Pass

If you like the idea of jumping from attraction to attraction and seeing all that this wonderful city has to offer, then you’ll probably want to buy a Go Barcelona Pass. Even with the 2-day Pass it’s easy to get good value out of it, especially if a discount is running when you make your purchase. You’ll probably also have a chance to do a couple things that you might have otherwise skipped, for free.

If you prefer to see sights slowly and thoroughly, it might be hard to get value out of the Go Barcelona Pass. With that said, those who plan in advance can easily do 3 or 4 things each day, so it will save them money. But if you are usually disorganized and don’t like to plan your sightseeing days, the pass won’t grant you much wiggle room and should probably be skipped.

Prices of the 2022 Go Barcelona Pass

You can get the Barcelona Card at 10% off at this link using promo code GOPOT10. Look for “Promo code? Click here” under Step 5 Payment Details on the main order screen.

If a larger discount is available on the site you will get the lowest price by using the above link.

Top sights and attractions included in the Go Barcelona Pass 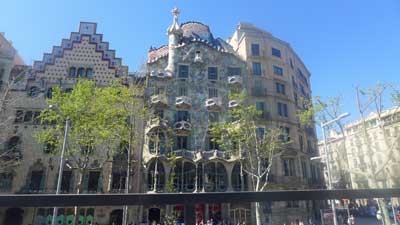 Take a tour of this stunning Gaudi building, which is Barcelona’s second most popular attraction.

It’s another one located in the heart of the tourist district so it’s easy to reach and to get to another attraction shortly thereafter as well.

Open since 1892, the Barcelona Zoo (along with the Aquarium mentioned below) is the top family attraction in the city/ The location near the beach and the city center makes it easy to reach. The zoo is also on the Red Route of the included hop-on, hop-off bus, so you’ll be stopping there one way or another.

One of the biggest and best aquariums in Europe, this one is conveniently located in the port and at a HOHO bus stop. It’s most popular for younger visitors, as you’d guess.

This delightful open-air architectural museum features 117 buildings, streets, and squares that show off the famous building styles in Spain. It is helpfully right off a HOHO bus stop, so easy to reach.

As a port city, Barcelona is obviously built along the sea and the best way to appreciate the famous sights is from this 40-minute boat cruise through the harbour and beyond.

Is the Go Barcelona Pass a good deal? 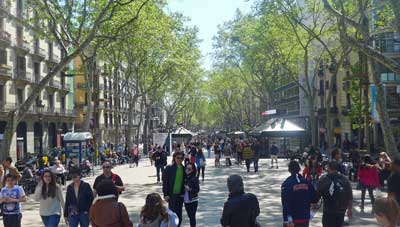 Most visitors who want to see the city and most famous sights in a few days are going to want to purchase the pass. If 4 or more of the expensive attractions appeal to you, and they should, then the Barcelona Pass will be a good deal.

Even on a 2-day Go Barcelona Pass you’ll be able to do at least 6 different sights or attractions if you plan ahead and plan to be out all day, both days. But, because the 3-day Go Barcelona Pass is only a bit more expensive, it’s a better choice and better value for anyone in town for 3 full days. 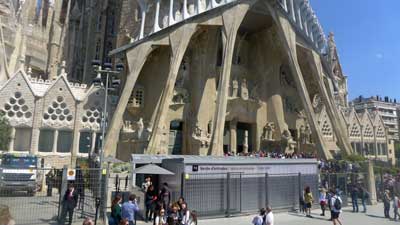 The most important detail is whether you are truly interested in the included attractions. If you aren’t really an architecture fan (Barcelona has extremely unusual architecture that attracts many visitors) then the Pass might not be a wise choice. Even if you buy a pass you’ll want to at least see the Sagrada Familia cathedral from the outside.

Who the Go Barcelona Pass is perfect for

Who the Go Barcelona Pass is not good for

You can get the Go Barcelona Card at 10% off at this link using promo code GOPOT10. Look for “Promo code? Click here” under Step 5 Payment Details on the main order screen.

If a larger discount is available on the site you will get the lowest price by using the above link.