Most budget travelers tend to concentrate on Europe and/or Southeast Asia when they are getting started on the backpacking scene, and those destinations are popular for very good reasons. That popularity also tends to make places feel touristy, so many travelers like to branch out to places that don’t feel quite so trodden upon, and at least for now, Turkey is a perfect choice for those people.

Mostly by accident, I recently wrapped up living in Turkey for over a year, and it feels that the place isn’t well understood by most people. Wonderfully, Turkey also feels fresh and newly discovered in the same way that Prague or Bali suddenly went from unknown to must-visits. As the tourist infrastructure inevitably grows, Turkey won’t feel quite as special, so it’s probably worth trying to plan a trip before that happens.

Here are 9 reasons why Turkey should be a priority visit for backpackers or any independent travelers who appreciate value.

1 – Istanbul is a cheap flight hub 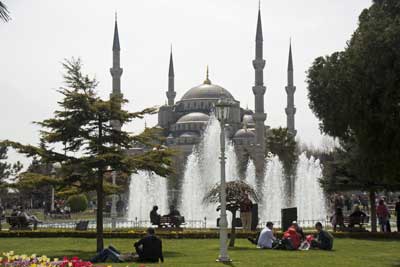 Chances are good that Turkey is quite a long way from where you are now, so it’s natural to assume that you’d be starting your Turkish adventure with an expensive flight, but most likely you’d be wrong. Istanbul is one of only a handful of cities in the world (like New York, London, and Bangkok) where airfare bargains are the norm, and it’s far less expensive than most other destinations in the region.

As an example, right now you can get a round-trip from New York City to Istanbul for only US$530, flying over dozens of European cities where flights are far more expensive in the process. From London you have many low-cost carriers competing on the route, with a fare of US$150 round-trip to Istanbul being a standard deal.

2 – Turkey (outside of Istanbul) is weirdly cheap 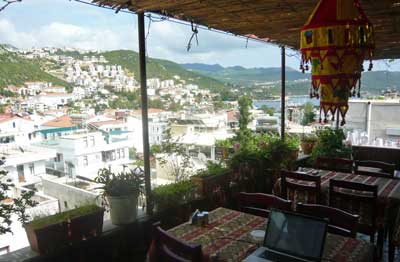 Okay, so now you are in Istanbul, which is considered one of the world’s great cities by almost any definition. It’s absolutely worth spending at least a few days in Istanbul to get your bearings and soak in the main sites, including the Hagia Sophia mosque and the historic area all around it in the Sultanhamet district, but the real magic is elsewhere. Also, Istanbul is much more expensive than anywhere else in Turkey, so you can stay longer if you minimize time in the capital.

Once you leave Istanbul you will likely be amazed at the great value you’ll find everywhere else. Things are cheap, yes, but the quality is also higher than you might expect when you see the costs. Whether in Cappadocia or Antalya or Selcuk (near Ephesus) or the lovely Mediterranean town of Kas, you can get a comfortable hotel room starting around US$20 to US$25 per night for a single or double. The room will also include a wonderful and filling breakfast that seems like it justifies the room price itself. Finding a US$2 doner sandwich for lunch is always easy, and a proper sit-down dinner will start around US$6, probably with a nice view. 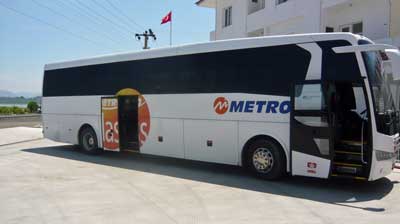 Long-distance bus travel doesn’t really have a great reputation among most independent travelers, but Turkey is a place that might change minds in that regard. There are a few train lines, though many are closed for long-term repairs so it’s better just to forget them. Fortunately, Turkey’s bus network is nothing short of amazing, and wonderfully cheap as well.

Between any two major destinations you’ll usually have the choice of a night bus or a daytime bus, with a fare of around US$25 for even an 8- or 10-hour journey on modern highways. Far from depressing, all the major bus companies use large and luxurious coaches that seat 46 to 50 passengers in comfort. You’ll often get free drinks and snacks every couple of hours, and they stop every two hours for a bathroom/snack break as well. 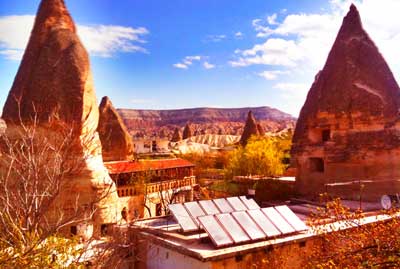 Hopefully you’ve at least seen the region of Cappadocia and its caves and “fairy chimneys” on a travel show or two. Even if you have, it’s impossible for a short TV segment to convey just how amazing the place is in person. And if you aren’t yet familiar with it from TV, it will be even more magical. Before I visited I imagined the most photogenic parts would be behind tall fences with steep admission fees, but in reality there are whole towns built among and around them.

Goreme is perhaps the main tourist hub, and the geological wonders are so common that most hotels (even cheap ones) offer at least some rooms built into the caves. Walk 5 minutes in any direction and you are surrounded by a beautiful (and a bit psychedelic) version of Bedrock without the loudmouthed Flintstones. A day-long bus tour will take you to an underground cave city and some breathtaking vista points, or if you can afford it you can do a sunrise balloon flight over the area, which you’ll never forget.

5 – Ancient history just lying around all over 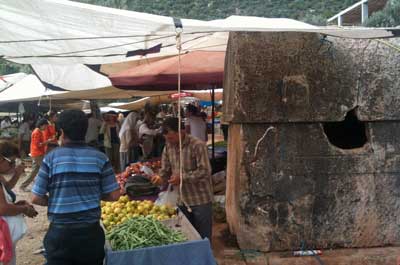 For Americans, Canadians, and Australians it’s easy to be impressed by a 200-year-old building, while for most Europeans it’s rare to see things older than 500 or so years. In Turkey there are so many ancient ruins and artifacts lying around that you can literally trip over a 2,000-year-old wall if you aren’t paying close attention.

Ancient Rome is obviously very impressive as an excavation, but in many random Turkish towns you have ancient amphitheaters, or sarcophaguses, or Greek columns just sitting out in the open. There’s just way, way too much to fence it all in, and the current cities are built on the same lands, so the old stuff is just incorporated into the new. Even for those who aren’t really history buffs, it’s quite a unique thing to witness, and it costs nothing.

6 – Ephesus ruins are worthwhile and easy to reach 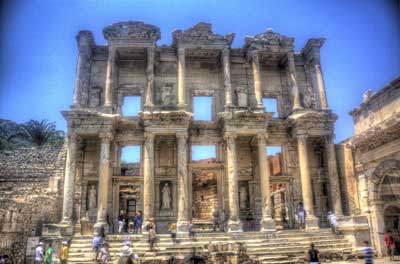 By at least some measures, the ancient ruins of Ephesus are the most popular single attraction in Turkey, and for good reason. You’ve probably seen photos of the famous Library of Ephesus, or at least what’s left of the front of it, but that’s just one of about 30 different displays spread throughout the remains of the city. Admission is 25 Turkish Lira (about US$14), and your visit will be one of the highlights of your entire trip.

Fortunately for travelers, Ephesus is just at the edge of a small and friendly town called Selcuk, which is worth a couple of days on its own. Ephesus is an easy bus ride from the large city of Izmir, but those staying instead in Selcuk (or one of the nearby beach resorts) can also see the Ephesus Museum as well as what’s left of Artemis (one of the 7 Wonders of the Ancient World), which again, is just sitting out in an unfenced field in town. Hotels and restaurants are cheap and very welcoming of English-speaking tourists. 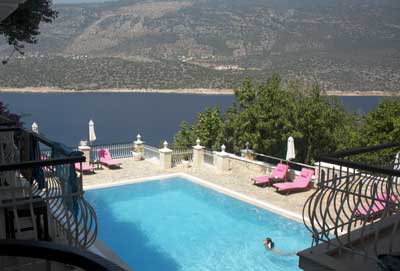 One of the reasons Price of Travel was created was as a resource for travelers to get climate averages and research busy and non-busy hotel seasons in the same place. Not surprisingly, in most of the world the high season for hotels coincides with the absolute best weather, but this isn’t the case in Turkey.

The country is so popular with European package tourists that the peak season for hotel prices is July and August (when most Europeans get a month off), but most of Turkey is actually blazing hot during those months, so it’s more pleasant before or after. Visiting in April through June or September through November will get you cheap hotel prices, smaller crowds, and the best weather of the year at the same time.

8 – A Middle Eastern culture that is safe and easy 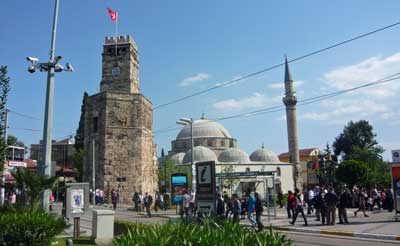 In the west, Turkey borders Greece and Bulgaria, and the touristy part of Istanbul is also in the 3% of the country that is officially in Europe. But of course that means that 97% of the country is in Asia, and more specifically, in the Middle East. The eastern edge of Turkey borders Iraq, Iran, and Syria, and what’s in between is heavily influenced by those cultures, without most of the complications that go along with that troubled region.

Every Turkish city has at least one (but usually many) mosque with an interesting design and minarets that blast the Call To Prayer five times every day. However, Turkey is also famously secular, so anyone can observe the culture without all the strict rules that go along with it in other countries. And the food, the drink, the dress, and the music are all similar to what you find in the more challenging parts of the Middle East as well. 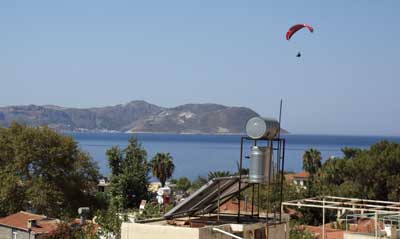 Most people think of Turkey as a place for culture and history or as a cheap place to relax on the beach for a week or two, but it’s also a premiere destination for adventure sports of all kinds. Scuba diving in the Mediterranean is some of the finest in the world, and prices are about half of what you’d pay in southern Europe or on Caribbean islands.

The area around Kas, Turkey, in particular is famous for week-long trips where a different activity is scheduled for each day. There’s excellent trekking, sea-kayaking, mountain biking, and paragliding, all at prices that are affordable even to backpackers.

Student airfares to Europe for summer are on sale Night Trains in Europe: Here's what you need to know before you book 15 Best Europe destinations in November of 2022 21 Cheap destinations for 2022 with great weather in July