Is the Go City Vienna Pass worth it? Go Vienna Explorer Pass 2022 review and prices

City passes such as the Go City Vienna Explorer Pass seem to almost be too good to be true. They offer choices of “free” museums and attractions for a fairly modest price, usually including an expensive bus tour and all of the most expensive attractions. The Go City Vienna Explorer Pass is similar to the others in that it’s easy to be confused, so I’ve broken down the best and most worthwhile attractions below, which can all be visited in 2 or 3 days.

Unlike the older style passes that had a time limit in days, the Go City Vienna Explorer Pass offers you 2 to 7 of the major attractions without having to race between them. As long as the important and included attractions are worth enough, a pass like this is usually a good deal. In the case of the Go City Vienna Explorer Pass, it’s pretty straightforward as good value for enthusiastic visitors, but not for those who are unable to plan their days out at least a bit in advance.

Is the Go City Vienna Explorer Pass worth it? (short version) 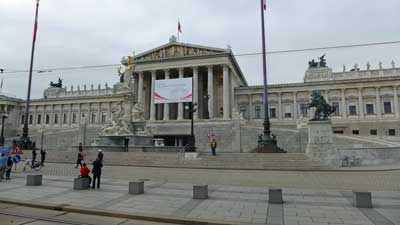 Vienna is one of Europe’s grandest and most important cities, and fortunately for the first-time visitor, it has a fairly short list of must-see attractions and tours. If you are the typical visitor with 2 or 3 days to explore Vienna and you want to see most or all of these famous top attractions, the Go City Vienna Explorer Pass will save you money and at least some time as well.

Now that the Go City Vienna Explorer Pass works without a time limit, it’s much easier to see whether it’s a good deal or not, completely depending on which attractions you want to visit.

Visitors to Vienna who don’t care to plan their days out at all, or who just prefer to wander around the city center and sip a drink at one of the gorgeous cafes are obviously better off without the Go City Vienna Explorer Pass. This pass is a very good deal for those who really want to see the best the city has to offer in a short time. But those without a plan will struggle to make proper use of it.

If you decide to buy you can use promo code GOPOT10 for 10% off on all passes at The Go City Vienna Explorer Pass using this link.

Look for Step 4 in the checkout process to enter code: GOPOT10

The Go City Vienna Explorer Pass is only available online so you can’t buy it at any of the attractions once you get to Vienna.

Unlike the older style, the Go City passes work using the Go City smartphone app, which is used as your admission ticket to each attraction. This means that you don’t have to pay for delivery or keep track of individual cards. You can print out the pass to use without a phone if you prefer.

As is typical with the city passes, this one includes many attractions that are either relatively cheap on their own, or fairly obscure, but it also includes every top attraction that nearly all visitors come to experience.

Here are the key attractions that you’ll want to focus on:

Vienna has a compact center, but several key attractions are in other districts. This hop-on, hop-off bus tour features 6 different routes and is justifiably popular. One route covers the central Ring area, which is where most landmarks are located. Another goes out to Schönbrunn Palace, which everyone wants to see. This is one of the few HOHO buses that can efficiently be used as transportation by many visitors due to the layout of the city.

This amazing palace is the number one attraction in Vienna, in spite of its location outside of the center. You are going to want to do this tour whether you buy the Go City Vienna Explorer Pass or not. 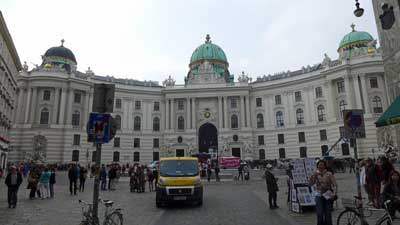 This slightly less impressive palace is located on the Ring in the center of Vienna so you’ll be passing it many times no matter what.

It’s also smaller so you can do a quick visit and still see a lot.

Especially if the weather is nice, you’ll want to take this 75-minute cruise leaving from a pier near the center of Vienna and returning to the same pier. It goes along the Danube Canal (which makes up one edge of the Ring Road) past many of Vienna’s most famous landmarks and then turns around once it reaches the Danube itself, so you can see everything on the other side. In winter this one might not be as enjoyable.

The world’s oldest zoo (dating to 1752) is a fantastic stop for visitors with children. This is one of Europe’s finest zoos and it’s located on the Yellow hop-on, hop-off bus line that also goes to Schönbrunn Palace.

This one is optional, but if you have a Vienna Pass it’s definitely worth stopping in for an hour or two. These wax museums might not sound all that interesting, until you actually visit one and see how impressive they are. 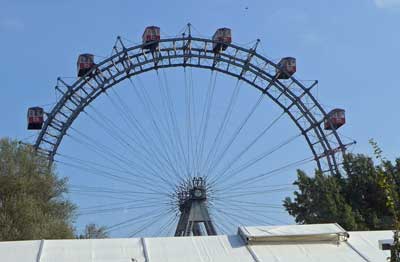 Perhaps Vienna’s most famous landmark, this Ferris Wheel was famously featured in the movie The Third Man, and is incredibly popular with first-time visitors. You can reach it easily on the HOHO bus or a regular tram, and the views from the top are the best in the city.

New to the Go City Vienna Explorer Pass is a range of five different walking tours that range in price from €20 to €30 each. Instead of just a standard generic city tour, you can choose one or two that most interest you and your group.

The above attractions can all be done in 2 days 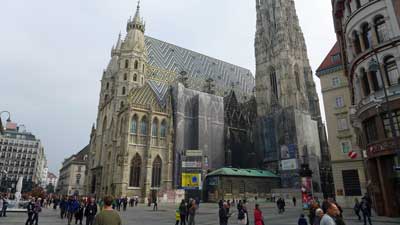 If you only have 2 days in Vienna, you still have enough time to cover all of the top attractions mentioned just above, and still have your evenings free and maybe time for 1 or 2 more things.

However, if you are the type of visitor who mainly likes to walk around and only see 1 or 2 sights each day, then the Vienna Pass would not be good value. It’s best for first-time visitors who really want to experience as much of this gorgeous city as possible in an efficient and organized way. If you are not this type of traveler, you’ll probably still enjoy Vienna in your own way.

Top attractions that are included in the Vienna Pass

There are about 45 more attractions that are included, but most of those cost less than €10 on their own, so the ones above are the ones to consider when deciding on a Vienna Pass.

Top attractions that AREN'T included in the Vienna Pass

Is the Go City Vienna Explorer Pass a good deal? 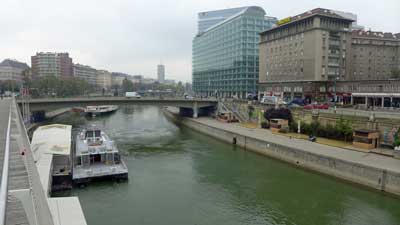 If you are used to the city passes that are good for a set number of days and have you scrambling around to try to get your money’s worth, then the Go City Vienna Explorer Pass will be a relief because it’s much more straightforward. Nearly everyone will want to do the guided tour of the Schönbrunn Palace Grand Tour, which is €41 by itself, and this is true whether you buy the Go City pass or not. After that, with just one more attraction you are saving money and the more choices you buy the more you’ll save.

The hop-on, hop-off bus tour is also highly recommended whether you buy the Go City pass or not, and that’s €35 itself. The Madame Tussauds museums are also much more interesting and fun than you might think, so if you do just these three things then you’ll be saving at least €40 from the normal prices.

Needless to say, it’s important for you to check the attraction list to make sure that you are genuinely interested in enough of the more expensive attractions at all. You’ll be saving a lot of money if you buy the Go City pass and visit them, but it’s not worth it if you didn’t really care about them in the first place.

Who should buy the Vienna Pass

Who should NOT buy the Vienna Pass

If you decide to buy you can use promo code GOPOT10 for 10% off any Vienna Pass using this link.
Look for Step 4 in the checkout process to enter code: GOPOT10

Europe itinerary Q & A: Rail passes, flights, hotels, how long to stay and more Recommended Paris hotels and hostels that offer good value 90 Cities with the most hotels around the world Is the New York Pass 2022 worth it? We review prices and value here