When not to be cheap: 8 Travel regrets and bad choices

Like anyone who has been traveling for decades, I’ve made my fair share of mistakes and I do have at least a handful of regrets. For many people the most common regret is probably about a trip that they passed up altogether, especially one where their friends went without them and had a great time. But for me I think most of my regrets involve times when I’ve been too cheap.

For the most part I still believe that traveling inexpensively actually makes your trip more authentic because you are closer to the ground, as it were. Traveling cheaply also means traveling longer and seeing more with the same funds, so there is plenty of virtue in cutting costs. However, over the years I’ve learned that there are times and places where being cheap is a mistake and will almost certainly lead to regret. Hopefully I’m done making the errors below, but probably not.

7 times when you'll regret being too cheap on the road

1 – Booking a cheap hotel or hostel in the boondocks 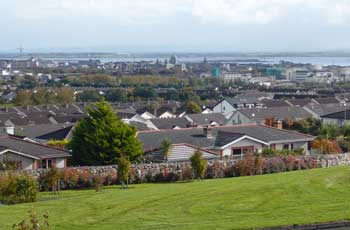 My style is like many others in that I sort my hotel or hostel choices by price with cheapest on top. I then go down the list until I find a place that is acceptable, but after being burned a few times I now insist that I stay within walking distance of at least some attractions and tourist resources. It’s arguably not even worth visiting a place if you have to stay out in the suburbs, so I prefer a 1-star in the center to a 3-star out of town for the same price.

This mistake is so classic that I also mentioned it in the hostel-booking mistakes to avoid article. Staying in an area where you can walk to things and freely go back and forth on a whim will make for a far deeper and more interesting visit, and the money you save by booking a remote place will often get spent in transport and other costs anyway. I’ve had my share of quiet dinners at a remote hotel because going back into town seemed too daunting after a long day. 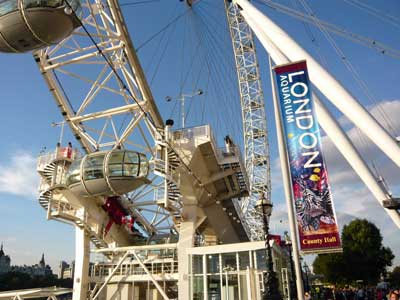 This one I’ve done a few times as well and I vow to never let it happen again. Especially for us budget travelers it’s easy to get in a rhythm where we try to keep expenses as low as possible to be able to travel longer, but skipping the actual things we are there to see is foolish. Fortunately, most famous museums keep prices around US$10 to US$15, but sometimes you’ll find something like the Tower of London (US$31) or the Metropolitan Museum in NYC (US$25) where you start to wonder.

On my first visit to Istanbul I went through the Blue Mosque, which is free, and then saw a US$15 ticket price (and a long queue) for the Hagia Sophia next door, so I skipped it. That landmark mosque is Istanbul’s number one attraction and I regretted skipping it the moment I left. Fortunately I did visit it on my next visit, but for many of us we’ll never have another chance. So if something is a big deal and sounds interesting, I won’t cheap out again.

3 – Skipping a tour to save money 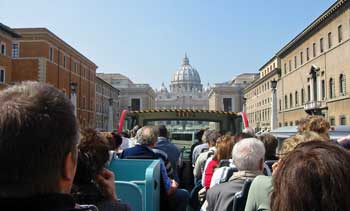 Now that the trend of free walking tours has spread so far, this one is easier to deal with, but still free tours are hard to find outside of Europe’s top tourist cities. In my experience, taking some kind of “city tour” on my first day is the best way to get oriented and familiar with the key things all at once. In larger cities some kind of hop-on hop-off bus tour is the best bet (even if they seem cheesy), but there are usually other options.

In Asia and Latin America you can often hire a car and driver for the day for an amazingly low price, which I discuss among the luxury things that backpackers can afford piece. Or even if it’s a paid walking tour, or a minibus tour or whatever, it will be worth it in the end. Find the best option and do it as early as possible in your trip.

4 – Missing the local food specialties because other things are cheaper 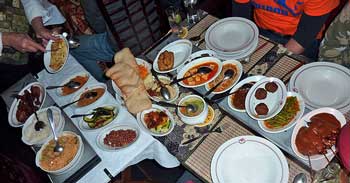 Fortunately, in most of Asia and other cheaper parts of the world, the local and famous food items are often the cheapest things on the menu, and some are available on the street. But in Europe, North America, and Australia they are often several times more expensive than fast food and pizza slices. If you can find dinner for US$5 it can be tempting to skip the US$20 dinner that everyone raves about, but it would be a mistake.

One example of this is a dish called Rijsttafel (rice table) in Amsterdam. It’s a Dutch collection of 10 to 20 small Indonesian dishes served with rice, and it’s hard to find for under US$20 per person. Rijsttafel is awesome, unique, and probably Amsterdam’s most famous culinary treat. I’ve skipped a few opportunities like this because they felt pricey at the time, and I won’t do it again. 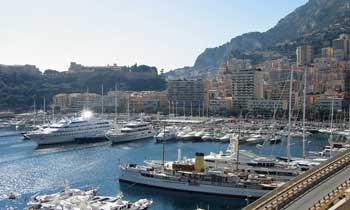 There’s an old travel bromide that says you should always assume you’ll be back someday so you don’t need to do it all. For most of us, that’s bullshit. We won’t be back to most places ever. So when you are near something that you really want to see, you’ll probably regret skipping it just to save a bit of money. For example, if you are in Hong Kong and wanted to see Macau (or the other way around), or you are in Toronto and wanted to see the Niagara Falls, or you are in Nice and curious about Monaco, do it.

I’ve skipped a few things like this because I wanted to save US$100 or so (after spending US$1,000 or more in the first place), and I have regretted it. For trips like the examples above, it’s helpful to calculate how much it would cost to reach Macau or Niagara Falls or Monaco from home, and the expense of the side-trip suddenly feels like a bargain. Hopefully you will be in that neck of the woods again, but in case you aren’t you’ll feel better having just paid a bit more and gone. 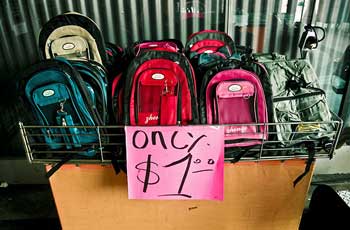 As a cheapskate this is a mistake I’ve made too many times, but still it can be hard to avoid because cheaper gear can also be well made. The classic example would be shopping for a backpack for a long-term trip, and seeing prices range from US$50 up to US$500 for packs that look similar (at least online). If you buy the US$50 one, or even a US$100 one, there’s a good chance a strap will break or zipper will jam within a few months, leaving you to get it fixed or replaced in an area with far fewer choices.

Walking shoes or sports sandals are other examples of key gear that can be worthless if they aren’t well made. Things like t-shirts can be fun to replace on the road, but there are many other things that you can’t easily find in Guatemala or Laos, so it’s usually worth spending more for a name brand with a good reputation instead of the cheapest one you can find.

7 – Passing up travel insurance when you are vulnerable 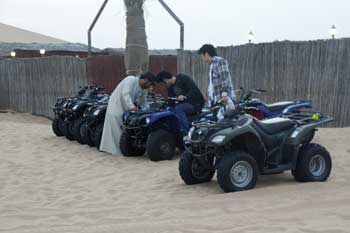 Unlike many travel writers, I don’t actually think “everybody needs travel insurance for every trip.” But in many situations it’s a great idea, so it can be a terrible place to cut back. I’ve written a longer version explaining when you should or shouldn’t get travel insurance. The short version is that if you’d be financially wiped out if something terrible happened on your trip, it’s worth considering.

Also, if you are going to be doing things that are considered risky, or you are carrying around gear that you can’t afford to replace, it’s worth insuring your trip. If you are going to Las Vegas or even Paris or Tokyo, you probably don’t need insurance. But if you are mountain-biking across Thailand or walking up Kilimanjaro or doing adventure sports in Costa Rica, travel insurance is not the place to be cheap.

8 – Tipping little or nothing in developing countries 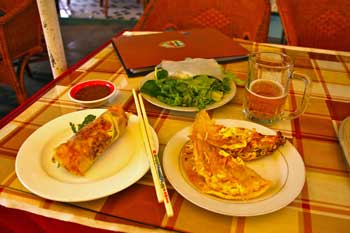 Tipping is a tricky subject. For Americans and Canadians we are taught that 15% to 20% in expected in restaurants even for average service. While in most of the rest of the world the standard is to round the bill up just a bit, or not tip at all. It’s easy to feel like a sucker or a cheapskate no matter where you are, but in “developing” (cheap) countries I often regret being too cheap about it myself.

I don’t mean just splashing around tips to anyone, as this can seem patronizing or worse. But when I’ve had prompt and friendly service or a great meal prepared in a family restaurant, or even a really good city or attraction tour, I think it’s wise to reward them with a bit more than they asked for. In countries like Vietnam and Cambodia a monthly wage for a server is usually US$50 to US$80, with only two days off. My US$5 bar tab (for 5 beers) being pushed up to US$6 for good service seems the least I can do, and it encourages them to give great service to others as well.

Glamping in the USA as a romantic vacation 11 Best family vacation cities in Europe 18 South and Central American cities by price: Backpacker Index for 2022 Is the Chicago CityPASS worth it? 2022 Chicago CityPASS review