Small-group tours to Southeast Asia: Are they worth the money?

This site is meant to be a resource for independent travel around the world. In many of the most popular destinations, independent travel is as simple as it is rewarding, but not everywhere. Southeast Asia is a prime example of an area where it takes a great amount of work in order to guide yourself around with any confidence at all. So in a region like this, do small-group tour packages (10 to 15 people) really offer the best value?

The short answer for many people is that yes they do, but as usual, it’s more complicated than that. Most people can travel through Thailand, Cambodia, Vietnam, and Laos for very little money (globally speaking). However, it’s almost guaranteed that you’ll get ripped off multiple times and will also spend many hours deep in a sea of confusion and frustration as you realize that you’ve missed some of the major things you’ve actually come to see.

How much do small-group tours cost in Southeast Asia? 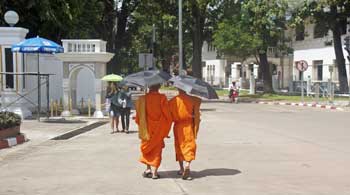 Many large companies offer a wide variety of small-group package tours all throughout Southeast Asia ranging from 4 to 30 days, and all of them tend to average about US$100 per day per person based on two sharing a room. This price does NOT include airfare to or from Southeast Asia, but it does include all transportation and attractions once you are there, plus most meals.

The best known tour operators are the international G Adventures and Intrepid Travel, but there are also regional specialists such as Geckos Adventures. All of them have similar products and similar prices.

So independent travel is the winner, right? Not for most people, and below we’ll help you figure out which group you are in.

Independent travel in Southeast Asia is a challenge

Even though cities like Bangkok and Saigon are quite modern in many respects, they are also overflowing with hassles and difficulties. And once you get outside the major cities, things usually get even more complicated. Conquering these situations are part of the fun (or at least satisfaction) for many of us, but most people don’t go on holiday to “conquer” something and spend half their days solving problems.

Unlike most of the rest of the world, speaking English is quite rare in all of these countries. Sure, you can order food or buy a bottle of water in English anywhere you go, but if you need help choosing the best bus to your next stop or finding a place where someone can fix your broken laptop, you are usually out of luck.

Independent travel is much slower, for better or worse 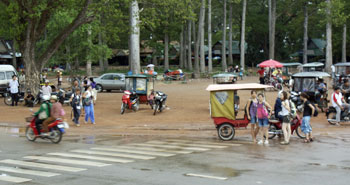 Another key factor in whether an organized tour is better for you is the time it takes. If you look at a typical itinerary of a 2-week tour through Southeast Asia you’ll see perhaps 7 cities and 20 attractions. Trying to create that same itinerary on your own would probably take at least 3 weeks and will include a fair amount of stress.

The truth is, it takes several hours each day to organize bus or train journeys for long distances and to use public transportation to research and get to nearby attractions. It’s fair to say that independent travelers will take 50% more time to see the classic attractions that you’ve flown all that way to see. You can also say that independent travelers get to know these places at a deeper level during their trip. There is no right answer, but it is worth considering the trade-offs.

Organized tours are better value for the following types

If you are considering both options, the points below should help you decide whether an organized tour is actually best for you.

Those with 2 weeks or less to spend in Southeast Asia 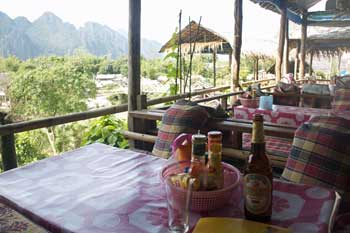 It can be very cheap to travel around Southeast Asia on your own if you have no set schedule. But if you have two weeks or less to spend there, then the efficiency and expertise of an organized tour is almost certainly worth it. As mentioned just above, you can see far more on a tour in a given time than you can on your own, period.

Unless you are starting within the region, it’s going to cost perhaps US$1,000 round-trip to get there and you probably won’t be back again for years, if ever. It makes financial sense to pack more sightseeing into your trip, especially when it’s in a well-planned and low-stress way like on a tour.

Travelers who prefer the social aspects of traveling 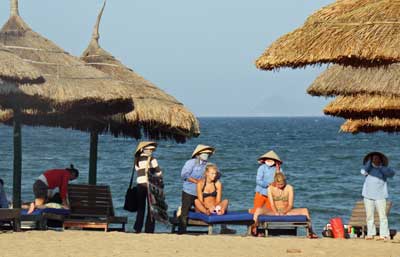 Independent travelers can have active social lives while on the road, whether they are in a small group or even on their own. But it can’t really compare to the social aspect of traveling in a small-group tour. Indie travelers must spend hours each day just finding sights and each other, and when they go city to city they are usually surrounded by locals who speak little or no English.

On an organized tour you generally have people of a similar age and adventure level with you for at least portions of each day. You also have a tour guide who knows his or her way around and is experienced in getting guests to interact to the degree they are interested. As the tour goes on you also have shared experiences to discuss, so you always have someone to party with or just whisper with on the bus rides.

As mentioned above, traveling around Southeast Asia is filled with challenges as well as outright scams. Try booking a Halong Bay tour on your own from an agency in Hanoi and you are almost certain to be lied to and ripped off to some degree. That is one of hundreds of key situations where quickly being able to figure out whom to trust and how much to trust them is critical.

In addition to all the other benefits, an organized tour is basically a lesson in how to travel safely. The chances of actual harm coming to independent travelers is very small, but the chances of getting ripped off or massively overcharged are pretty much 100%. After one major organized tour you’ll have a far better idea of how things work in “developing” parts of the world like Southeast Asia.

Those of us who are serious cheapskates might struggle with this decision because on the surface it seems like tour operators are charging a heavy premium for something that we can accomplish on our own. We might also feel like we’ll be able to travel closer to the ground if we do all the research and make all of our own decisions. While those things might be true, it doesn’t mean it will be a cheaper or better holiday.

Some independent travelers look down on organized tour groups, but a tour might not sound so bad when they are stranded at a bus station in an obscure town with a similar name to the one they wanted to reach. If you want to get the most out of a trip and you don’t plan on spending months doing all the work, an organized tour is probably your best bet.

Recommended Barcelona hotels that offer good value Price of a 5-kilometer Uber ride in 67 cities around the world 14 Cheapest beach destinations in Europe Cheap things to do in Cartagena, Colombia