In spite of Spain’s reputation as an affordable part of Europe, Barcelona is known for pricey hotel rooms. There are about 1,000 hotels and B&Bs in this city and most of the cheaper ones are way outside the tourist area, so finding a great place within your price range can be very challenging.

To save you the headache of going through hundreds of listings and looking each one up, we are offering our recommended great-value Barcelona hotels below. This is part of a series where we find 6 excellent hotels – each in a different price range – that are clean, well-located, and offer very good value.

Select one or two of the hotels that appeal to you most on this list and then check their online reviews and you’ll discover that these are the best hotels Barcelona has to offer in their price range.

Basically, these hotels all…

We’ve spent many hours going through all the factors to choose the places we’d try to book on our own next trip.

Note: Hotel “starting at” prices listed below were the cheapest I could find for each hotel, usually for a single room. It’s likely your dates will show higher prices, especially for a double room, but this doesn’t mean it’s not a great deal. Please compare prices you are quoted to prices of similar hotels and you’ll usually find that these are bargains.

–Spotless cheapie near the Sagrada Familia– 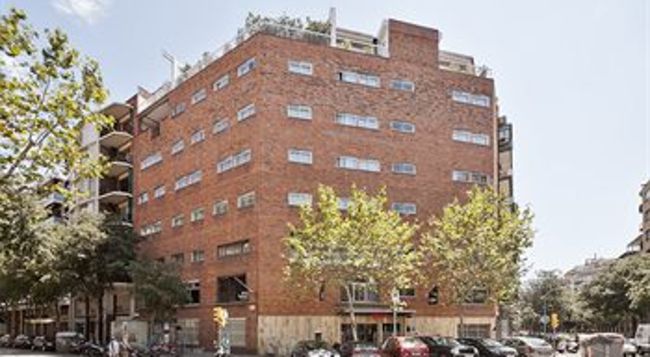 The Acta Hotel chain is known for high standards in budget hotels, and their Antibes location in Barcelona is perhaps their best. It’s officially a 2-star hotel, but with features like flat-screen TVs with satellite channels and double-glazed windows it really does feel like a 3-star.

There’s a filling buffet breakfast available for an additional cost, but it’s located in a quiet mostly-residential neighborhood very near the Sagrada Familia cathedral so you have plenty of options nearby. It’s also walkable from the Las Ramblas district, but it’s very close to a Metro stop so if you jump on the public transport you can be anywhere in a matter of minutes. This is by far the highest rated hotel in Barcelona in this price range.

While the double rooms here are great value as well, it’s the single rooms for €54 that really get your attention considering this is one of the highest rated hotels in all of Barcelona. It’s located in a nice area near a Metro stop and also a reasonable walking distance to Las Ramblas and most other Barcelona attractions.

Each room is kept spotlessly clean and they are larger than average for a hotel in a major European city. Even the single rooms have a TV and a minibar, and there is free wi-fi throughout the hotel. During slower times of the calendar you sometimes get great special deals on any room, including the doubles and suites, so this is one to check prices on if you are interested in a really nice and central hotel in a budget category.

Single rooms starting at €112 per night, doubles are more
Click to find best rates for the Hotel Constanza Barcelona 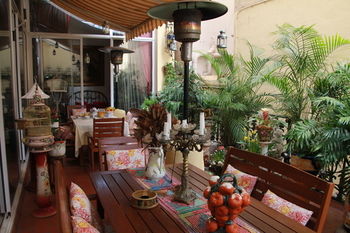 Located just steps from Plaza de Catalunya in the Eixample District, which is where much of the Gaudi architecture can be found, the Hostal L’Antic Espai is a small hotel run by the two owners, who go out of their way to make sure each guest feels comfortable and has a great trip. The service here is so good that this is one of TripAdvisor’s top 5 hotels in Barcelona.

It’s only a few blocks from the top of the Ramblas tourist district, and it’s also a fairly short walk to the Sagrada Familia cathedral in the other direction. The double rooms here have rack rates that put them at nearly double the price of a single room, but online specials sometimes put them way down into the bargain category in spite of the high standards and popularity of the Hostal L’Antic Espai.

Single rooms starting at €77 per night, doubles are more
Click to find best rates for the Hostal L’Antic Espai 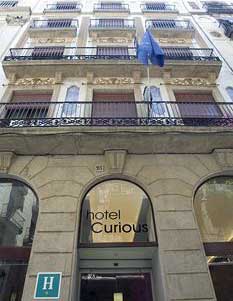 The most important feature of the Hotel Curious Barcelona is that it’s on a quiet side street just a few steps from the heart of the Las Ramblas pedestrian (and tourist) district. If you are only in Barcelona for a short time then this location can not be beat because it’s a short walk to most everything, and even walkable to the Sagrada Familia if you don’t want to jump on the public transportation nearby.

The rooms here are a bit on the small side, which is understandable considering that it’s in the heart of the city, but at least it’s quiet and they are comfortable. Each room has satellite TV, air conditioning and heating, and free wi-fi. The Hotel Curious Barcelona is also known for being extremely well cleaned and looked after, which isn’t something you’d expect with this location and in this price range. 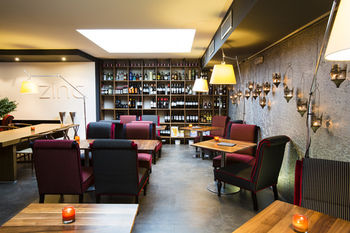 Located in a more residential part of central Barcelona, the Villa Emilia Hotel was built in 2006 as a luxury hotel so rooms are larger than average and it’s loaded with luxury amenities. Each room has a plasma TV, a minibar, in-room safe, and free wi-fi internet. The rooftop terrace gets high praise from most guests as a wonderful place to wind down a busy day of sightseeing.

This is in a desirable neighborhood, but it’s more than a few blocks from the central tourist attractions so it’s not ideal for those who don’t like to take public transportation or jump in a taxi. This is yet another hotel in TripAdvisor’s Top 10 for Barcelona, and it’s definitely the cheapest of the well-located 4-stars in the city. During busy times of year the prices will be higher so it’s worth checking but it might be out of your price range if you are unlucky.

–Top-rated Barcelona hotel is an amazing and central boutique property– 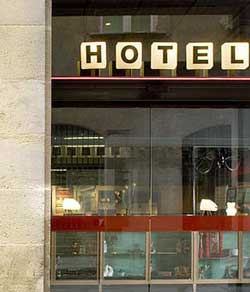 In a city with so many expensive hotels it’s a bit amazing that the #1 rated in TripAdvisor is firmly in the moderate price category. The Casa Camper Barcelona is located just a few blocks from Las Ramblas in the heart of the nicer part of the tourist zone. There are only 20 rooms and 5 suites here, so it has the feel of an upscale and stylish boutique hotel where the staff can give personal service to each guest.

Each room has minimalist decoration, but they are very large, including a sofa, 2 flatscreen TVs, and even a hammock, plus a balcony overlooking the street. Read the reviews for yourself and you’ll see a long parade of people saying that it easily lives up to the considerable hype and is their favorite hotel anywhere. If you can afford the Casa Camper, and they have availability, you will be thrilled as well.

Interactive map of the above hotels

If you are going to be in Barcelona for the first time for 2 or 3 days you should consider the Barcelona Pass, which provides free entry into most of the top attractions at a good price.