Iceland stopover: Often the cheapest flights between America and Europe

In the past few years it’s been difficult to find anything approaching “cheap” when searching for trans-Atlantic flights. Even the New York to London fares have been at least US$1,000 round-trip lately, which is double what they had been in the years prior. But you might actually find the cheapest fare by stopping over in Iceland on the way and/or on the way back, if you know how to do it.

I’m writing this from Iceland because in my own case I was searching for a one-way flight from England to the west coast of the US, and the cheapest I could find in late summer was a jaw-dropping US$1,200. However, by first flying to Iceland and then on to Seattle the total was only US$880. Better still, I’m spending 9 days in Iceland exploring one of the world’s most dramatic landscapes, but even if you never leave the airport, you might still save a bundle. 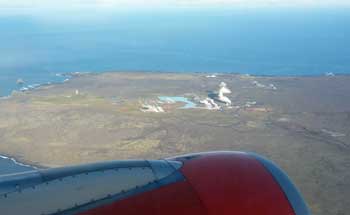 If you happen to be going from and to destinations that are covered by IcelandAir, then those flights will usually come up cheapest in your original searches. What you might not immediately realize is that you can choose to stay in Iceland on the way there or back for any number of days for no additional cost. You’ll find this option on the booking page, so if you want to stop over you’ll need to keep clicking a bit to get there.

For anyone else, you’ll want to search for fares into and out of Reykjavik on both sides. For the US or Canada to Iceland part you’ll be limited to IcelandAir or Delta, so finding something unusually cheap is difficult. But for the Iceland to Europe part you’ll be able to choose from many airlines including low-cost carriers EasyJet and (Iceland-based) Wow Air, and these fares can be incredibly cheap.

Stopover for a few hours, most of a day, or any number of days

One of the best parts of this whole deal is that Iceland has something to offer anyone who has even a few spare hours between flights. If you are changing airlines you’ll obviously need to leave enough time between flights to be able to get your bags and go through immigration before checking in again, but Keflavík International Airport is pretty small and efficient so you won’t need a huge amount of time.

In fact, there’s a pretty good chance that you’ll be arriving in Iceland in the morning and flying out again in the late afternoon, so most people have at least 5 or 6 hours to play with. The two main choices are going to the famous Blue Lagoon spa complex, which is near the airport with frequent bus service, or going into Reykjavik itself. Honestly, Reykjavik is pleasant but the Blue Lagoon is more memorable and much easier to reach, so it’s probably a better choice.

If you have 10 or more hours, which is evidently common, you can take one of the many bus tours that stop at one, two, or all three stops of the “Golden Circle” comprising the national park Þingvellir, the waterfall Gullfoss (meaning “golden falls”), and the geothermally active valley of Haukadalur, which contains the geysers Geysir and Strokkur. These tours are popular and easy to book online in advance leaving directly from the airport and returning there.

Spending one or more nights in Iceland on a layover 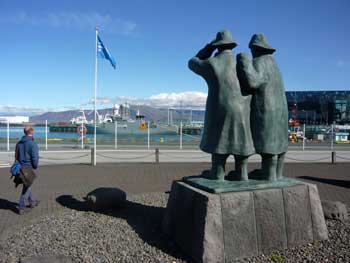 If you have the time and any amount of curiosity about Iceland then you should try to stay for at least one night if not a week or more. No matter how many days you can spare for Iceland, you’ll have plenty of great sightseeing options to fill them. Be aware that Iceland is quite expensive in many ways, so you have to plan in advance to stay on a lower budget, but it can be done.

With one night you’d probably stay in Reykjavik and doing the Golden Circle tour on your arrival or departure day. If you are staying two or more nights you should consider renting a car and perhaps skipping Reykjavik in favor of more interesting and scenic stops further east of the Golden Circle area.

If you have at least a week in Iceland, the most popular option is to rent a car and do a full lap around the famous Ring Road (Route 1), which is about 1,400 kilometers (850 miles) around the island’s edge, and is packed with stunning scenery almost the whole way around.

Affordable safaris in Kenya & Tanzania: Tips from a pro Is the Philadelphia Pass 2020 worth it? Philadelphia Pass review What it costs to stay in 11 of the world's most famous luxury hotels Recommended New York City hotels and hostels that offer good value