Finding the cheapest international airfare in the fewest steps

At first glance it might seem that finding the cheapest possible international airfare has become easy, because we now have so many aggregator/meta-search sites that will search the internet and show the best deal on top. But if you’ve compared the results a few times you’ve realized that they often show different airlines and even different prices for the same route.

Each site has different resources available, and a different business model as well, so it’s not uncommon for a site to emphasize results that make them the most money, or hide those that don’t. You can’t blame them, but it does mean that if you want to confidently book a ticket knowing you are getting the best fare, you still have to shop around a bit.

As long as you have a bit of time to work with, it’s best to find the best fare right now, and then consider whether it will go up or down. We’ve discussed before that extensive research says that the cheapest time to buy air tickets is 4 to 6 weeks out.

So if you want to leave more than 6 weeks from now, and you aren’t flying on a major holiday like Christmas, time is probably on your side. Skip to the steps below and find the cheapest flight you see right now, so you’ll know if you see a lower fare as they continue to adjust.

If you are touring Europe, for example, you’ll also want to choose your inbound airport carefully. When you are visiting 4 or 5 cities it’s worth checking our list of Europe’s cheapest cities to fly to and starting your search with the cheapest of them that is on your itinerary.

2 – The cheapest time of the week is Tuesday or Wednesday

Another fairly well known fact is that airlines tend to get the most searches over the weekends, and those people tend not to shop around as much. So fare sales and discounts tend to hit the system late on Monday, and by Thursday they are typically back up to the normal price.

So if you start your fare search on a Sunday, you should check again on Tuesday to see if fares have gone down. In very rare cases they might have gone up, but generally they will be lower or the same, as long as you aren’t waiting too long.

3 – Start with at least two meta-search sites, and probably more 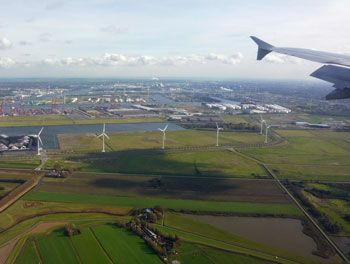 The internet is filled with “online travel agencies” (OTAs) and many of them do offer the same low fares you can find elsewhere, but it takes a lot more work to confirm that fares are really competitive. So all the most experienced travelers I know start with one or more “meta-search” sites, which aggregate results from as many sources as possible, including the OTAs and airline sites.

These sites not only show you the lowest fare, they will also show you which site has the absolute lowest price on the lowest fare. Kayak is the best known of these, but there are at least three others that many people actually prefer.

Since it only takes a minute or so to check each, it’s best to check as many of them that you have patience for. It’s surprisingly common that one of them will list a very cheap flight that the others don’t list at all, so it’s worth checking at least 2 if not 3 or all 4 of them.

The biggest and best known in the market, Kayak has a slick interface that most people find easy to use. And not long ago they added a feature where they can sell the ticket instead of sending you to another site, often at the lowest price.

Gaining momentum in recent years, this Iceland-based site has arguably the easiest user interface, and it’s able to include results from every low-cost carrier in Europe. Being this easy to use, there’s no reason not to include it.

This Denmark-based site also has a slick and modern interface with some nice features, including a graph that shows the lowest prices its seen for an entire month, although the lowest prices aren’t necessarily available now. It has good coverage and it’s fast, so worth including.

The big newcomer to this field, Hipmunk is beloved by many but confusing to many more. Its gimmick is that it displays flights on a graph showing the shortest travel times as well as the lowest prices. For frequent fliers who really care about takeoff and landing times, this is probably the one to start with. 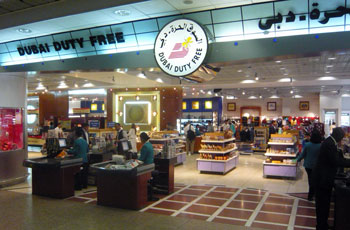 It’s not as famous as some, but it’s been around for years and it’s totally legit, Vayama.com has a motto of “international travel, solved,” and it somehow usually has the lowest prices on longer international routes, like North America to Europe, or Europe to Asia.

Their fares are listed on some of the meta-search sites, but often the price isn’t listed so you have to click over to see it. The fares are usually 2% or 3% lower than the others, which does add uo when booking flights that cost many hundreds of dollars or you there are multiple passengers.

Vayama also sometimes has coupons, like this one for US$10 off each ticket until December 1. Coupon code: FALL10

We are all aware of the monstrous fleet of new “low cost airlines” out there, and only a few of them fly long-haul international routes, so this doesn’t apply to everyone, but it’s worth considering. Southwest Airlines is one of the largest in the United States, mostly with domestic flights, and it won’t allow its fares to be shown on any of the sites listed above.

Europe and Asia both have a big variety of low-cost airlines, and you might not know that one of them flies your preferred route unless you check one of the sites that tracks them, such as:

This site still feels a bit clunky compared to the others, but it’s been around a long time and they do a great job of showing airlines that others don’t. In less than a minute you should be able to determine if there are LCCs to consider, and that’s a minute worth taking to be confident you will settle on the cheapest ticket.

Conclusion and the short version

All the advice above gives you the long version of this process, so here’s the short version to sum it up: