Usually I discuss economics and money-related topics on Price of Travel, but today I’ll branch out into one of those things that I wish I had learned myself much earlier about choosing destinations. For those of us who only speak one language (English), it’s easy to feel intimidated when visiting a country with a different primary language. But the world very much welcomes us, and I’ll discuss some of the reasons why below.

Imagine you are living and working in the US (or any other English-language country) and a visitor from, say, Finland approaches you and asks you questions in Finnish, seemingly expecting you to understand him. All you could do is smile and tell him (in English) that you have no idea what he is talking about. Or if you are in a bad mood you might be a bit rude because he’s assuming you’ve learned his language instead of the other way around.

Fortunately, English speakers never have to worry about this happening in reverse. You might think it’s a bit culturally insensitive to invade a foreign land assuming they’ll speak in your foreign language, but it’s time to get over that fear.

Order of preferences on both sides

Imagine someone runs a small hotel or restaurant in Cambodia or Colombia. Here are their preferences in order:

Now imagine you are thinking about visiting Cambodia or Colombia. Here are your preferences in order:

On both sides of the equation, staying home is the worst outcome. I guarantee that people in the tourism trade in countries around the world are extremely happy to welcome even visitors who ignore the local language. It’s not just about them wanting your money either, as we’ll discuss below. English speakers are actually in demand in some interesting ways all over the world, so you needn’t feel bad if you struggle to pick up even a few phrases.

Non-English speakers often are embarrassed about it 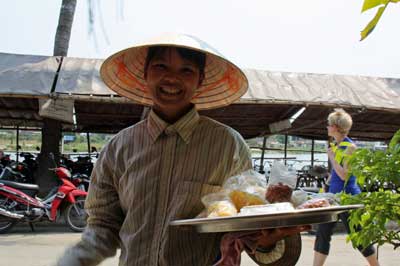 After decades of traveling all around the world a few times, the one thing that continues to surprise me is the attitude of people who speak no English. Much more often than not, they feel (or at least act) embarrassed by the fact that they can’t communicate with you in your language. It’s very humbling to put a local on the spot like that and then have them basically apologize for not being able to help you.

It’s a huge financial opportunity for people in non-English countries if they can speak fluent English, and most who can’t speak it realize this and have at least some regrets about it.

If you speak to someone who doesn’t speak English in another country the chances are about 100 times greater that they’ll help you find the nearest English speaker than that they’ll show anger towards you.

People all over the world love to practice English with us 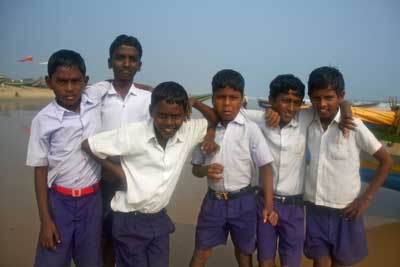 Combined with the topic immediately above, it’s also humbling that English is so common and important that millions of people around the world love to seek us monophones out just to sharpen their own English skills. We might (and maybe should) feel bad that we haven’t at least learned a few introductory phrases for them, but this actually helps them because they can spend 100% of their time practicing English instead of awkwardly helping you learn “where is the toilet?” in their language.

This can get a bit tricky in some places (especially those with aggressive street merchants) because sometimes you’ll be approached under the guise of practicing English with someone who already seems to have it down pretty well, and next thing you know you are in his cousin’s carpet shop or jewelry store. But surprisingly often, you are only approached to practice English with.

I’ve had a case where a local college student in Istanbul offered to give me a free tour of a free mosque just for his own practice. And a couple of times the conversations go on long enough that they can get tedious, but this also seems to be rare, thankfully. People are grateful for even a 5-minute chat about your home and family, and this is a great help in their schooling.

Generally, the less popular a language is outside of its own home country’s borders, the greater their motivation those citizens have for being fluent in English. For this reason, all of northern Europe (Netherlands, some of Germany, and Scandinavia at least) speaks English at native levels. They learn English in school at an early age and all of their imported TV shows and movies (which is a lot) are shown in English with subtitles rather than overdubbing.

In my experience, these people (and many like them in other countries) have great pride in the fact that they are totally fluent in two (or more) languages, so for them to speak English to you is a bit like showing off. It works well for everyone.

In fact, on one of my many visits to Amsterdam in the 1990s I asked a girl (about 25 years old) in a nightclub if she spoke English. She snapped back, “Of course I speak English! I went to school!” She was laughing a bit, but it was then that I learned that asking that question was actually an insult to someone of her age in Amsterdam. Ever since then, even when I lived in Amsterdam for a while in 2005, I just speak to everyone there in English and no one acts like it’s unusual or impolite.

Certainly, in many other European countries it’s polite to ask in the local language if they speak English before plowing forth, but over the decades that seems less and less necessary because English-only travelers are so common. 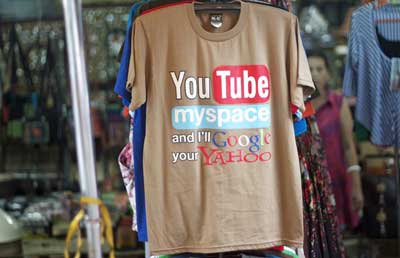 Twenty years from now things will probably have progressed to where you can go anywhere on the planet and thrive in English, but for now there are a few places where it’s still not a walk in the park.

In Spanish-speaking countries, including most of Latin America and Spain itself, in the lesser-touristy areas you’ll find that people don’t speak much English. There are enough Spanish-speaking travelers coming through that English isn’t a big priority. In my experience they are always nice about it, if not apologetic as mentioned above, but still it’s not the easiest thing to deal with if you are off the main tourist trail.

Similarly, in the former Soviet countries, and even in Turkey (where I’ve been living lately) English is less common than it is almost everywhere else.

In Japan all students learn English in school, but almost all of them are so self-conscious about their abilities that they refuse to even practice with you, even if they know what you are saying. Fortunately, all the important signs (in the airports and elsewhere) are also in English, so it’s still easy to get by and do what you want.

Learning a few key phrases is worth the small effort

It’s a cliche but it’s also true that even if you attempt a greeting in their language that they’ll smile and treat you much better. And nearly everyone realizes that just because you’ve practiced “another beer please” in their language that it doesn’t mean you are fluent so they’ll fetch your beer and answer you back in English anyway.

For those who are good at learning languages and especially for those who really enjoy it, go for it.

But for those of us whose brains don’t specialize in language-learning, don’t let it stop you from visiting anywhere that you can dream of. They want you there and you’ll enjoy yourself while getting along surprisingly easy.

When is the best time to visit Spain? Here's how to decide Best 1, 2, & 3-day London Pass itineraries for great value Cheapest cruise lines for Alaskan cruises - 7 lines ranked by price These major attractions offer online ticket discounts up to 30%