Is the Dublin Pass 2022 worth it? We review value and prices here

As popular as Dublin is for tourists, it’s actually quite compact and easy to visit in only two or three days. The Dublin Pass is a standard “city pass” that covers admission to pretty much every popular attraction in town for one flat price. The Dublin Pass doesn’t include public transportation, but most attractions are within walking distance for those staying in the city center anyway. Also, the Dublin Pass DOES include a 24-hour hop-on, hop-off bus ticket, and it stops near almost every major Dublin attraction covered, so it can be a useful way of getting around.

The most popular attraction in Dublin is the extremely entertaining Guinness Storehouse, and of course it is included in the Dublin Pass (including a free pint in the top-floor Gravity Bar at the end). Assuming you are planning on visiting the Guinness tour, it’s very likely that the Dublin Pass is a good idea, but we’ll run the numbers below.

The second most popular Dublin attraction is the hop-on, hop-off bus tour, which was added to the Dublin Pass in recent years. This bus tour is highly recommended for any first-time visitor to Dublin who only has a few days, whether you buy the pass or not.

Note: This article was first written in 2014 and has been updated and expanded frequently since then, most recently in March, 2022.

Needless to say, many of the included Dublin attractions have been closed off and on since the beginning of the COVID pandemic, but in early spring of 2022 nearly all of them are open and the rest are planning on opening soon. There’s reason to be optimistic that Dublin tourism will be much closer to normal for the rest of this year compared to the last two years.

That said, the Dublin Pass is offering a 90-day cancellation period, compared to the 30-day window in the past. In other words, it’s wise to wait until 90 or fewer days before your trip to book the Dublin Pass.

Prices of popular attractions covered by the Dublin Pass 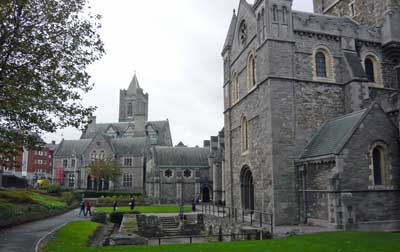 Unsurprisingly, the Guinness Storehouse is by far the most popular attraction in Dublin, and it’s quite expensive on its own. The Dublin Pass covers its admission along with the excellent pint of Guinness you get at the Gravity Bar at the end.

If you also do the informative Old Jameson Distillery Tour or Teelings Whiskey Distillery Tour, you’ve already saved enough money for most of a 1-day Dublin Pass, and you’ve still got half a day left for 1 to 3 other attractions. If you also do the hop-on, hop-off bus tour, you’ve more than paid for a 1-day Dublin Pass, and you’ve still a few hours left to do other things. In other words, if you are going on these popular alcohol-themed tours (probably better later in the day) and the HOHO bus, then a Dublin Pass pretty much pays for itself. But if you aren’t a drinker, it might be hard to save enough with the pass.

Skip the ticket queues on the big attractions as well

A Dublin Pass allows Fast Track Entry at the Guinness Storehouse, Dublin Zoo, Dublinia, and many other top attractions. Being able to walk past the ticket queue will also save you from 5 minutes to an hour at each stop, especially in summer.

Prices of popular attractions that AREN'T covered by the Dublin Pass

2022 prices of the Dublin Pass

Click to use this discount for 10% off all Dublin Passes

Use coupon code: GOPOT10 (Look for “promo code?” in Step 4 of checkout)

NOTE: Using the link above will give you the best discount on the Dublin Pass. If a larger discount is being offered on the longer passes, you’ll get that discount using the link.

Is the Dublin Pass a good deal? Let's run the numbers 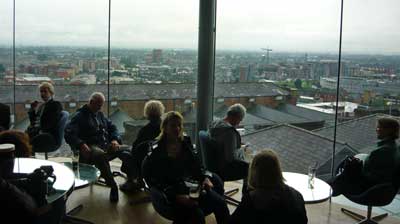 The tourist part of Dublin is fairly compact and walkable, so it’s quite easy to see 4 or even 5 of the major attractions in one full day. In two days it would be easy to see 7 or 8 attractions if you were motivated. Assuming that you are interested in the Guinness Storehouse Tour, the HOHO bus, Old Jameson Distillery, and the Teelings Whiskey Distillery Tour, that more than pays for a 1-day Dublin Pass even if you don’t get a discount.

If you skip the Guinness, Old Jameson Distillery, and Teelings Tours, it would take a lot of work to get good value out of a Dublin Pass. The good news for you is that you’ll probably remember everything more and you’ll save money in general because the other attractions are more modestly priced.

Recently they added the popular City Sightseeing hop-on, hop-off bus tour, which now makes it a much better deal. The full loop takes 90 minutes, but there are two routes included in your pass. About half the stops are on both routes, so it’s easy to switch from one to the other to see different parts of Dublin.

The HOHO bus does stop at or near nearly every attraction included in the Dublin Pass, and the bus ticket is good for 24 hours (rather than just one calendar day). In most cities we recommend AGAINST using HOHO buses for transportation from one attraction to another, but in Dublin it can actually work because the buses come every 10 minutes or so, and Dublin isn’t known for crippling street traffic in the way that most other big cities are. Dublin also doesn’t have an underground system, so city buses are usually the fastest way to get around anyway.

When deciding, forget any attraction less than €8 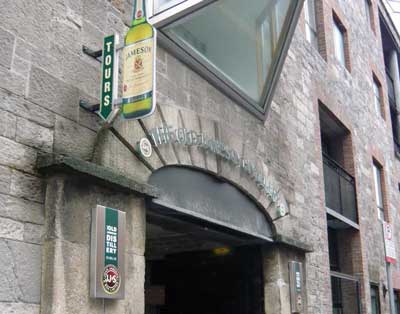 The Dublin Pass includes free entry to over 30 popular attractions, but when you look at them individually you’ll notice that many of them are quite cheap on their own. The easiest way to calculate whether a Dublin Pass is good for you is to just forget the cheap attractions (those under €8) and count how many of the more expensive ones you’d want to see.

There are really only 12 to 14 attractions that charge enough to be useful in Dublin Pass calculations, which makes a decision easier. If you only want to visit 2 or maybe 3 of those more expensive attractions, it’s probably better to skip getting a Dublin Pass.

Who the Dublin Pass is ideal for

Who the Dublin Pass is NOT ideal for

Important advice: Start early in the day and plan a bit ahead

Generally speaking, the included attractions are the least busy just after they open in the morning, so savvy travelers will leave their hotel early and get in their best sightseeing while other people are still getting organized. Also, Dublin is a compact city but it’s still helpful to figure out an efficient route before you head out for the day. If you plan wisely you can easily do 3 or 4 good attractions in a day, so getting great value out of the Dublin Pass is guaranteed. 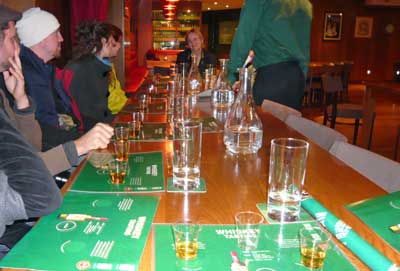 For most city passes it’s a more complicated calculation about whether or not they are good value for any given visitor, but in Dublin it’s more straightforward. As mentioned a couple times above, if you want to do the Guinness and Teelings Tours and a few other things, a Dublin Pass is almost certainly a good idea. You get to skip the queues at many attractions, which can be quite long in summer, so you save time and money.

On the other hand, Dublin is a pleasant and easy-to-visit city and you are likely to enjoy it even if you don’t spend your days in the main attractions. It’s also worth mentioning that Dublin is NOT the most charming part of Ireland (not even close), so if you have less than a week to spend in the country, it’s probably better to see Dublin in one day, and spend the rest of your time in the other towns and in the countryside.

Use coupon code: GOPOT10 (Look for “promo code?” in Step 4 of checkout)

NOTE: Using the link above will give you the best discount on the Dublin Pass. If a larger discount is being offered on the longer passes, you’ll get that discount using the link.