The US Dollar is getting its ass kicked lately, but it’s actually up in some good destinations

Recently I updated the exchange rates on our World Taxi Prices comparison article, and it was a sad reminder that things in most of the world have gotten more expensive for Americans in the past 6 months, though there are a few bright spots. If you are from somewhere other than the United States and the countries whose currencies are pegged to the dollar (mostly the Caribbean, Central America, Middle East, and Hong Kong), then big parts of the world have gotten cheaper for you lately.

Comparing the exchange rates from November 1, 2010, to April, 21, 2011, we see that the US Dollar has lost ground in about 80% of the world’s major tourist markets. For decades, citizens of Canada, Australia, and even Switzerland would dream of parity between their currency and the Greenback, but now it’s the Americans who dream of parity again.

Just how important are exchange rates for a vacation?

Before we get into the actual numbers I think it’s worth noting that some of us “value-conscious” travelers can get a bit too caught up in exchange rate shifts. Since airfare is barely affected, if at all, by exchange rates, then obviously it’s just expenses on the ground that can change.

So let’s say a couple is going to Italy for 10 days, and planning on spending about US$100 per day per person while there, including accommodation, meals, and attractions. That’s US$2,000 total between them, and if the Euro climbs 10% before the trip, it means spending US$2,200 instead. Are you really going to cancel or put off a trip to Italy over an additional US$200 for two people, when the whole trip, including airfare, is probably going to cost close to US$5,000?

Nevertheless, when you are choosing your next destination it’s not a bad idea to see which way the wind is blowing, currency-wise. Some really good destinations have actually gotten a bit cheaper against the US Dollar, so it’s worth considering those to stretch your holiday fund even further. 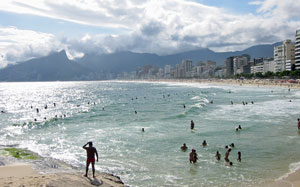 It’s hard to figure out exactly why, but Brazil’s currency has continued to move up against the US Dollar in a dramatic way, to the point that things in Rio de Janeiro are fairly expensive, while it used to be a great budget destination. In the past two years the Brazilian Real has gone from 2.20 to a dollar to 1.60 today, including 8% more in the past 6 months. As lovely as it is, here’s hoping Brazil becomes a bit cheaper soon.

Two years ago the US Dollar would buy about 1.40 Australian Dollars, but now it only gets about 0.93, including a slide of 6% in the past 6 months. Unfortunately, this means that Sydney and Melbourne are both extremely expensive for most of us, including Europeans, so it might be best to wait this one out a bit longer.

The story in Canada is almost identical to the one in Australia, with the US Dollar fetching over 1.20 Canadian Dollars two years ago, and now only getting 0.95, including a 5% slide in the past six months. On the other hand, prices in Toronto, Montreal, and Vancouver are still reasonable by American standards, they just no longer the bargain that they once were.

These countries have been insanely expensive for a long time, and things have gotten even worse lately. Both Stockholm and Oslo show up at the bottom of our European Backpacker Index and the 3-Star European Traveler Index, so it’s important to have a good reason to go to either or you’ll be paying a fortune for things that are often nicer elsewhere. Both currencies have strengthened over 8% in the last 6 months alone.

An unusual country in many respects, Switzerland also has the distinction of being the only destination that makes Scandinavia feel cheap in comparison. Zurich isn’t the best place for tourists in the country, but it’s the largest city and a good indicator of overall costs, at least for non-backpacker types. The Swiss Franc has gone from 1.15 to the US Dollar less than a year ago, to 0.88 today, with 11% of that coming in the last six months alone. 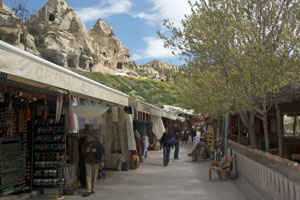 Another country that is strangely bucking the regional trend, Turkey’s currency has lost about 6% against the US Dollar in the past six months, though it has bounced around a lot in the past few years. Still, those looking for a trip to Europe (or close by) this summer should do pretty well with expenses in Turkey. Istanbul itself has gotten relatively expensive, but the touristy region of Cappadocia and the beach resorts of Antalya are still quite cheap.

If you have at least two weeks on your hands and you are looking for a cheap trip (not including airfare) then Southeast Asia is the place to go. Bangkok continues to remain a solid bargain, as does Siem Reap in Cambodia, which is home to the stunning Angkor Wat temple complex, but Vietnam is actually cheaper than those, and getting even more so lately. The US Dollar has gained almost 10% against the Vietnamese Dong in the past 6 months, making Hanoi, Hoi An, and Ho Chi Minh City even cheaper than before.

As of a couple of years ago, Iceland was easily among the most expensive destinations on earth, due largely to a currency that we now know was vastly overvalued. Losing about half its value almost overnight, it was unclear whether it would quickly snap back toward its peak, but new evidence suggests that Reykjavik will remain relatively affordable for some time to come, with the Icelandic Krona weakening 1% in the past 6 months while most other European currencies gained sharply.

This one might be deceiving on this list, but the US Dollar has in fact gained almost 2% against the Japanese Yen in the past six months, bouncing a bit off its recent crazy highs. Tokyo remains a very expensive place to visit, though it’s not quite as bad as it’s usually made out to be, and hotel prices might actually come down a bit in the wake of the earthquake up north.

This one is a bit of a shocker, since Argentina is just next door to Brazil (and usually local currencies move in the same direction), but the Argentine Peso just continues to weaken against the US Dollar. In the past two years it’s gone from 3.70 to 4.08, even gaining 3% in the past six month. Inflation in some sectors has canceled out parts of the gain, but still Buenos Aires is relatively cheap considering how lovely it is, and the Mendoza wine region and Iguazu Falls area tend to be cheaper.

It’s understandable that some may hesitate to head to Egypt so soon after its revolution that dominated central Cairo in recent months. But those who do go will be happy to know that the Egyptian Pound is worth 3% less against the US Dollar than 6 months ago, and almost 10% in the past year, making a cheap country even cheaper. And even if Cairo makes some people nervous, the beach resort areas probably shouldn’t.