90 Cities with the most hotels around the world

We often hear about cities that get the most visitors or cities with the most total hotel rooms, but you don’t often hear about cities with the greatest number of hotels (of all kinds). When recently launching a new series here on Price of Travel of Recommended Hotels and Hostels, I noticed some cities have such a staggering number of choices that it’s no wonder picking the right hotel is as stressful as it is complicated.

So today I actually decided to tally them to see what the average traveler is up against. As a source I used TripAdvisor because unlike all the other hotel-booking sites, they actually list every hotel they are aware of, even if you can’t book it through (their parent company) Expedia or anywhere else.

TripAdvisor puts all accommodations into 3 categories, and I combined them all for this list, including hostels.

Cities with the most hotels (including hostels) 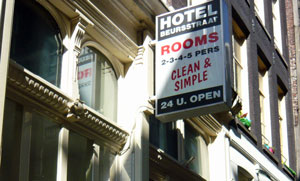 I decided to compile the above list (manually, I might add) after starting our new program of recommended hotels and hostels for major cities. Some people like to sort through a list of 1,000 or more hotels and then go through many of them to check locations, amenities, and online reviews to find the good ones. But many of us would prefer an edited list of hotels that are all well-located, highly-rated, and great value for price.

So for each major tourist city we are rolling out a set of 5 recommended hotels (each in a different price category) and 2 recommended hostels. We explain the reasons they are popular and point out weaknesses as well, plus we plot them all on one convenient map.

The cheapest alcohol in the world: Laos rice whiskey Exploring the Amazon: River cruises and budget jungle lodges What it costs to stay in 11 of the world's most famous luxury hotels When is the best time to visit Hawaii? Here's how to decide