Researching travel prices around the world for this site, one thing that is clear is that alcohol in its many forms is one of the categories that varies drastically from one country to the next. In a surprising number of places, a large bottle of beer is cheaper than a small can of Coke, and of course there are places where taxes are so high that going out can break the bank.

So I thought it would be interesting to compile a list of countries that are cheap in general, but also keep alcohol prices low. Choose the right destination and you can get completely trashed for less than the price of one beer in Oslo or Abu Dhabi. The usual warnings apply, but for some of us it’s nice to know that a hangover can still come with a modest price tag.

Grouped by region rather than ranked

If you’ve traveled extensively it won’t be a surprise that the world’s cheapest alcohol is generally concentrated in three regions.

In the past we’ve uncovered the cheapest beer in the world, and the cheapest liquor in the world (Vietnam and Laos, respectively), but when looking at the whole subject it’s impossible to rank countries with any accuracy. Most places have only one or two inexpensive local options, and anything that is imported will cost double or triple the price. For that reason I’ll just list the countries and discuss what you’ll find in each one.

Prices at the bottom are for the 2014 Backpacker Index, which includes alcohol in addition to hostels, food, transportation, and attractions in each city. 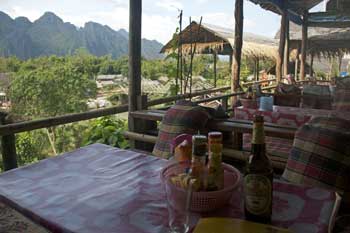 Less famous than all of its neighbors, Laos is a wonderful country in general, and particularly great for budget travelers. Only a few parts of Laos are popular with tourists, and almost everything, including alcohol, is weirdly cheap.

Among the party crowd, Vang Vieng is an infamous (and gorgeous) stop between the capital of Vientiane and Luang Prabang. In each of these cities you can get a large (700ml) bottle of the acclaimed Beerlao for only a bit over US$1. In Vientiane (but not Luang Prabang) you can get factory bottles of Lao-lao rice whiskey for under US$1, and it’s not just a “headache in a bottle” in case you were wondering. 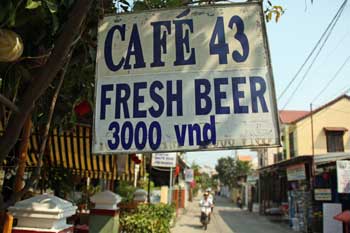 Neighboring Laos, it’s not surprising that Vietnam is in the same price categories for the most part, except for its famous Bia Hoi (fresh beer) that serves for as little as US$0.15 a (watery) glass, and is easier to find in the north than in the south.

The vast majority of visitors prefer bottled beer most of the time, and that is available at any restaurant for between US$0.75 and US$1.25 for a half-liter or larger bottle, as long as you stick to the local brands. Fans of cheap Russian vodka might be tempted to try a bottle of the Vietnamese version of it, available for around US$3 per bottle in shops, or usually under US$1 per shot in restaurants or bars. 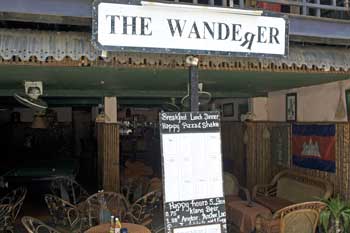 Again, not a shock that another neighbor is on the cheap list here. Cambodia is fortunate enough to be home to the entire region’s best attraction, the temples of Angkor Wat. The touristy town just south of the huge complex is Siem Reap, and it’s so pleasant that many backpackers come for a few days and stay for a few weeks.

Beer is the name of the game in Cambodia, and specifically the local Angkor Beer, which is available for about US$1 (they actually use the US currency in Cambodia) at all but the most expensive places, and it’s US$0.50 at the many happy hour deals advertised all over. Siem Reap (excluding Angkor Wat admission) is a bit cheaper than the capital of Phnom Penh, which is handy because it’s also nicer. 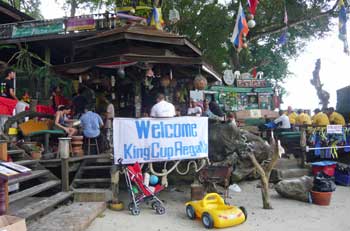 Completing the circuit, Thailand barely belongs on this list because most drinks are at least double the price of its neighbors, but there are some bargains. Beer, for example, will cost about US$1 for a small can in a 7-Eleven, and usually about US$3 or even more in a bar or restaurant.

The best deal for those wanting to get drunk cheaply in Thailand is a “bucket” which is available from Khaosan Road in Bangkok down to any island bar. The standard version is a huge portion of local rice whiskey combined with Coke (and often the local and original Red Bull, filling a plastic sand pail, served with as many straws as you’d like. They start at under US$4 per bucket on happy hour deals, and it won’t take more than a couple of them to wipe out a small group of backpackers. 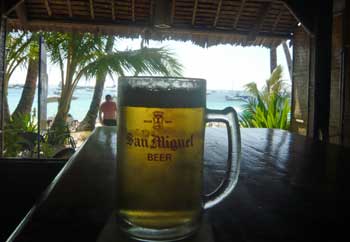 The Philippines is certainly one of the world’s premier destinations for cheapskate tipplers for its combination of low prices and actual bars to enjoy the stuff in. In Vietnam, Laos, and Cambodia, you’ll often have no choice other than outdoor restaurants with plastic chairs and tables to drink in, but in the Philippines they have plenty of pubs, bars, and a generous supply of nightclubs with live bands.

The country is home to San Miguel Beer, and often it will be the only lager choice, so fortunately it’s usually quite cheap as well. Look for happy hour deals and you can find ice-cold bottles of the stuff for under US$1 each, even on the gorgeous beaches on Boracay Island. If that sounds too slow for you then you’ll be happy to know they also produce (and consume great quantities of) gin and rum. You can buy a bottle of either for around US$3 in a 7-Eleven, or find cocktails poured with the local stuff for under US$2 each in most bars. 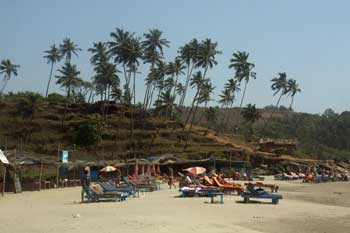 Overall, it’s easy to make the case that India is the cheapest country in the world. But alcohol isn’t particularly cheap in most of the country, and it’s nearly impossible to get in some of the holier cities. It’s also worth mentioning that Indian beer, with Kingfisher dominating the market, doesn’t win many awards for taste.

The good news about India for cheapskate drinkers is that a few of its regions or states have low taxes (or no taxes) on alcohol, along with very little regulation. On the eastern coast Pondicherry is one of these places, but the best place with the most variety is Goa, on the west coast, where you can get large and cold bottles of beer for under US$2, even in beach bars and restaurants. 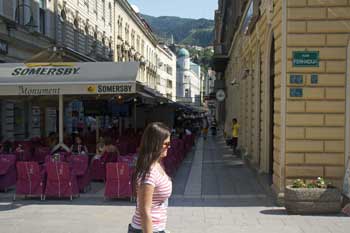 We’ll lump these three countries together because they are neighbors and also have very similar prices for everything. We’ve previously reported that Sofia in Bulgaria is Europe’s cheapest major city, but Belgrade and Sarajevo are right behind it, all with good news for fans of cheap booze.

Long story short, you can get a half-liter of really good local beer for about US$1.50 almost anywhere you go, and spirits cost only a bit more. Perhaps best of all, you don’t have to hunt out the dive bars to find these prices. Sadly for the locals, their wages are so low that even the nicer restaurants and bars can’t get away with charging any more. Also, in stores prices are far lower, with beer and wine in plastic bottles for almost nothing, and local vodkas starting at around US$3 per bottle. 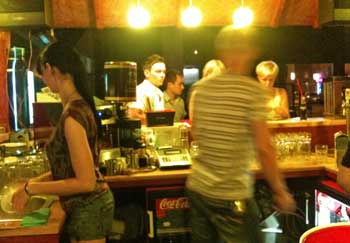 Most visitors to these two countries spend all of their time in the respective capitals, which are both wonderful and worthwhile cities. Prague in particular had long been known for some of the world’s best beer at some of the world’s cheapest prices, but the influx of mass tourism is among the factors that have driven prices up.

Still, if you avoid the touristy places and the touristy parts of town, you can still find a pint of beer for under US$1, though usually a bit more than that. In Budapest it’s a similar situation, where places with English-language menus will charge US$2.50 or more for a beer, while the “ruin pubs” and other local joints still charge US$1.50 per pint or less. In both countries, liquor is also quite cheap if you avoid the brands you’ve heard of. 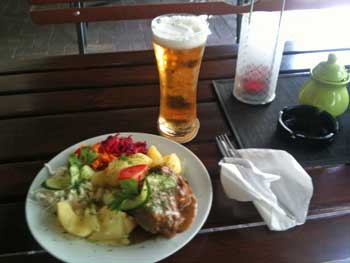 It would actually be easy to lump Poland in with Hungary and Czech Republic above, but it deserves its own place on the list because Krakow itself is an astonishing bargain for travelers, with cheap alcohol as well. Warsaw is less interesting and more expensive, so Krakow draws most of the raves and the visitors.

If you are on a backpacker budget you will have to avoid hotel bars and all of the lovely restaurants that line the main squares in Krakow, but usually less than a block away you will be able to find convivial pubs and hearty restaurants serving half-liters of beer for around US$1.50, with mixed drinks around US2 each for the local brands. The hotels, hostels, and food in Krakow are also wonderfully cheap and good value, which is one reason why this is a hot destination for stag parties and other debauchery. 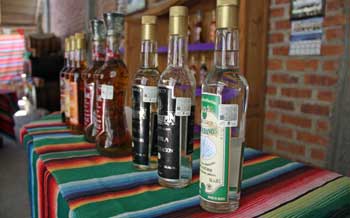 A decade or two ago, Mexico was famous for (among other things) being a cheap place to get drunk, but now you have to really go out of your way to find bargains, especially in the resort areas. Obviously the country is known for its cerveza and tequila, and if you are on the main resort strip in Cancun or Puerto Vallarta, you’ll be paying American prices for the most part.

The key, if it’s even worth it for you, is to head into the areas that are popular with locals rather than sunshine tourists. Sometimes it’s a matter of going a block or two inland, but in other places it’s much more work. A bottle of any of the local beers can be US$1 or even less, with tequila drinks (including margaritas) for not much more. 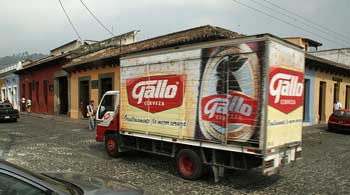 Guatemala and Panama are among the more popular Central American countries, but really it’s the whole area that has bargain drinks, with two exceptions. Costa Rica has become so popular (for some justifiable reasons) that pretty much everything there is more expensive, and especially in resort areas it won’t feel terribly cheap. Belize is also more expensive than the others, though still a good deal.

Since Guatemala, Honduras, El Salvador, and Nicaragua get fewer tourists on a percentage basis, the prices reflect the local economies more than the holiday market. Again, you have to follow the locals rather than drinking at hotel bars, and doing so should result in beers that are closer to US$1 than US$2 each. Pretty much everything else is a bargain in these countries as well, so they are gaining in traction with the masses. 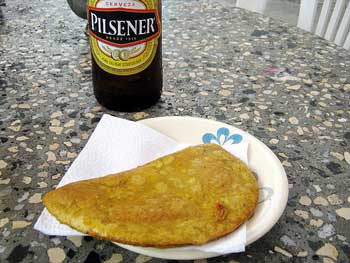 Once you get there, most of South America is a bargain by international standards, but of course it’s quite uneven. Rio de Janeiro is fairly expensive, as is most of the larger cities in Brazil. Buenos Aires was a fantastic bargain for a long time, but runaway inflation has changed all that, and it’s probably in the middle category now.

Not many tourists head to Bolivia or Ecuador, at least compared to the major cities, so they end up being the cheapest places for pretty much everything, including alcohol. Local beers for around US$1 each should be quite easy to find, and mixed drinks will be under US$2 each for the local stuff provided you avoid hotel bars.

6 Reasons why booking activities and tours in advance is a bad idea Amsterdam attraction, museum, and city-tour prices for 2011 Is the Go Madrid Pass 2022 worth it? Go Madrid Pass review 11 Best first-time Europe itineraries for 1, 2, or 3 weeks