London is a city famed for its culture (modern and historic), its buildings, its people and of course, the large amount of things to do throughout the year. With so much to do and see, sometimes a visit to London can get a bit overwhelming. We have a long list of the best things to do in London, and many of those attractions are covered by this pass.

That’s where the Go City London Pass comes into play. Not only is it designed to help you save money on your chosen attractions and sights, but it comes with a few extras that will help you to find each attraction with ease. But is it really as good of a deal as it is made out to be?

As you could probably guess, many of the included attractions in the Go City London Pass had been closed off and on over the previous two years, but as of May, 2022, everything is back open again and starting to get busy.

The Go City London Pass has changed substantially since 2020 and while some attractions are no longer included, many others have been added. Perhaps surprisingly, the prices on the Go City London Pass are quite a bit lower than they were in 2020, so it’s an amazing deal and easy to get value out of. Our best guess is that prices will go up once crowds start developing in summer of 2022, so buying soon is probably the best option if you are sure you are coming to London. 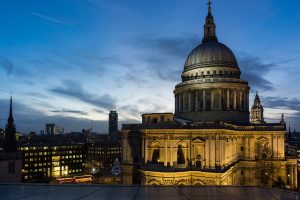 When reviewing the Go London Pass prices, you’ll find that there are several different choices to select from, making it easy for you to customize your pass to better suit your vacation. In fact, you’ll find that there are three different options- a 3 choice pass, a 5 choice pass and a 7 choice pass. Prices differ depending on the age of the pass holder. Adult passes are priced a bit higher than those made for children ages 3 to 15. In addition, passes for children under the age of 3 are not available as most attractions offer free admission for toddlers and babies.

Where to buy the Go London Pass with our EXCLUSIVE DISCOUNT

Look for “Have a promo code?” in your shopping cart and use the code ‘GOPOT10′ for the exclusive Price Of Travel 10% discount. The 10% discount is valid on sale prices, so you save even more.

There are 20 different attractions and sights to choose from, with all of them popular with one crowd or another. However, the attractions listed below seem to outdo the rest.

Conveniently in the shadow of the Tower Bridge, the Tower of London dates is almost 1,000 years old and was one of the key parts of the original settlement of London itself. The White Tower is the ornate castle that is the most visible part of the interior of the walls and it’s something that must be seen. The famous Crown Jewels are also here and are another unforgettable sight.

It’s not obvious until you take a cruise on the Thames, but most of the city’s most famous landmarks are actually built along the river and the best views are had from a cruise. This is a 24-hour hop-on, hop-off pass, which can also be handy for transportation and avoiding the traffic. From The Tower Bridge and Tower of London at one end to Big Ben and the Houses of Parliament at the other, you’ll get the best photos of your trip, and pass the London Eye as well.

London has two of the world’s most famous churches and this is one of them. Westminster Abbey is actually quite a bit more interesting than St. Paul’s Cathedral (also included in the Go City London Pass), and it’s closer to other famous attractions as well.

A 24 hour, hop-on, hop-off double decker bus, this sightseeing tour is a fantastic way to see the city without having to walk every single block. Because there are plenty of different buses running at 5 to 15 minute intervals, once you hop off of one, you won’t have to wait very long for the next. This means that you can easily see a lot within one day, which wouldn’t be the case if you had to drive around and figure out where exactly to go using your map or GPS. Some of the sights you’ll see and be able to jump off the bus for are the Piccadilly Market, Westminster Abbey, Buckingham Palace, the London Bridge and the Coco-Cola London eye, which we will explain more about below. Because the buses are easy to get off and on, this attraction is great for all ages and is kid friendly.

The O2 Arena is one of London’s most famous concert venues, and you can climb up to the top of it with a guide and a harness to get some of the best views of the city possible. This is a new attraction and not for everyone, but if you’ve got the guts to do it you will never forget it.

Is the Go City London Pass a good deal 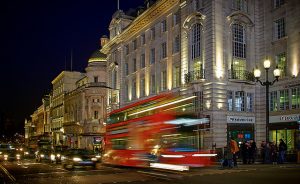 In order to best answer this question, we first need to take a look at what is included with each pass (or pass as sometimes it is referred to as the London Explorer Pass). Not only does the pass include the attractions themselves, but also a guide detailing both the hours of operation for each attraction and the directions to each. In order to further help you find each sight, you’ll also be privy to a detailed map. This map is very important as some attractions are farther away from some than others.

Now that we know what each pass includes, the next step is to look at a sample itinerary. For this sample, we’re going to pretend to have a 3 choices pass for an adult. The attractions we’re interested in are listed below:

When all the numbers are tallied up, it’s clear to see that the pass is a great deal. Without using the pass, the attractions above would come out to be £84.90. With the pass, you’ll only be paying £51. This gives you a total savings of £33.90. Prices are even lower for kids ages 3 to 15. With the money saved, you could easily buy yourself a gift to take back with you or a nice lunch out. 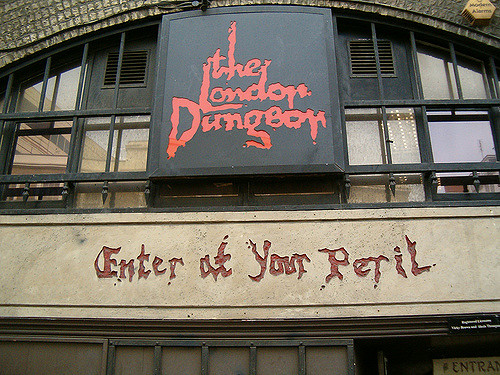 When looking through each attraction, it does seem that they all are worth a visit. In fact, each and every one gets high reviews with many remarking about how they’d easily visit each one again in the near future. With that said however, it is important to note that many of the attractions are very themed based, such as the DreamWorks Tours: Shrek’s Adventure and the Sharkspeare’s Globe Exhibition & Theatre Tour. This means that you’ll want to read about each before deciding to visit. That way you’ll have a greater understanding of what you’re visiting.

How not to use the Go London Pass 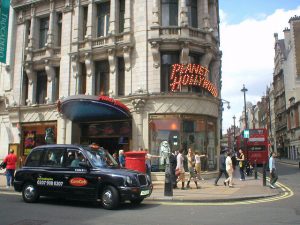 Once you’ve got your Go London Pass, the first thing you’ll want to do is take a look at each attraction description. Then you’ll want to take a look at the map and start planning where each one is and how to get to and from. Some of the attractions are much closer to each other than some of the others, so if you’re planning to visit more than one during the same day, you’ll want to take into consideration both the distance and time of travel between those two. One thing to keep in mind is that you’ll have 30 days visit the attractions on your pass, no matter what size pass you’ve purchased. This means that unless your stay is short and sweet, there’s no need to plan all of the attractions in a day or two.

There are a few attractions on the list of attractions and sights available that are considered secondary attractions. These attractions are low cost attractions. What you don’t want to do is decide to only visit those as you may find that you won’t end up saving much money (or any at all) in comparison to the gate fees themselves. 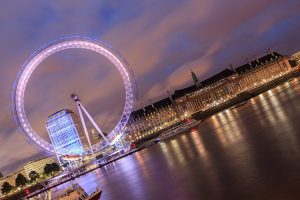 All in all, the Go London Pass seems to be a great value, as long as you make sure to pick higher priced attractions instead of only low costing ones. Further more, with each pass, you’ll not only save money on attractions, but you’ll receive helpful information about each alongside a map detailing where each one is located, which will conveniently help you learn your way around the city. Also, it’s best to note that each pass is valid for 30 days, meaning if you’re exploring the whole of England and planning on visiting the city twice, you’ll be able to use your pass to visit your remaining attraction/s easily.

Where do you purchase your Go London Pass

Look for “Have a promo code?” in your shopping cart and use the code ‘GOPOT10′ for the exclusive Price Of Travel 10% discount. The 10% discount is valid on sale prices, so you save even more.

There are two ways that you can receive your pass, via email or straight to your phone. If you have it sent through your email, you’ll want to print it out so that you’ll have it with you when you visit each attraction.