Normally on the Price of Travel I discuss actual costs of various travel related items around the world, mostly in a search for value. But here I want to chat more about what we are actually paying for rather than the price tags on those items. The short version is: We are paying for the anticipation of a trip or experience and for the memories of it, and the trip itself is really more of a hassle more often than we’d like to admit.

Among academics this is actually a well tested theory in that our happiness levels tend to be greater while thinking about an upcoming trip and when remembering a recent trip than when on the trip itself. When you think about it this way, as long as you are honest with yourself, you might be able to get more out of your travel budget than you had previously.

Dreaming of a beach holiday 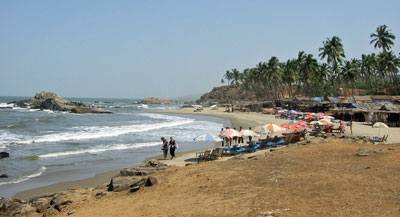 A favorite unorthodox travel book for many of us is The Art of Travel by Alain Botton. It’s very funny and insightful when he talks about the appeal of daydreaming about a Caribbean beach holiday when he’s in cold and rainy Britain. He pictures himself sitting in the empty beach chair on the front of the brochure, and in that version, everything is perfect.

Yet when he actually goes to that exact resort it’s quite a different story. It’s really hot and humid, some jerk down the beach is playing horrible music on a loud radio, he feels the sting of a new sunburn after only an hour or so, and so on. On top of all that, sitting in the sun along a beach gets really boring really fast, in spite of how wonderful it looks in the photo.

Things change when you get home though, for the better. Unless you are a mental case, you forget all of those annoyances soon after they happened, and you have memories of that blissful week you spent in St. Lucia or wherever. 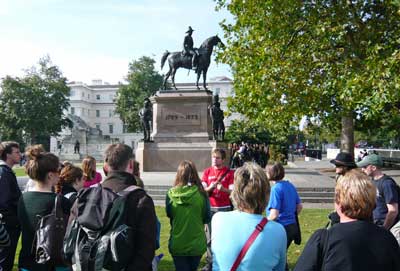 While a leisure holiday is never actually as relaxing while you are there as you had hoped, a cultural trip to a big city is likely to be even worse while it’s in progress. I admit that I’ve told people that I enjoy the disorienting feeling of being in a new city for the first time, but being honest, I can only really say that after I’ve safely found and checked into my hotel room.

The feeling of probably being on the bus going the opposite direction from where I intended, or of trying to get a taxi driver to take me to my hotel instead of one owned by his cousin, isn’t really fun at the time, but they make for great stories and memories.

It’s certainly true that meals and a bit of nightlife can be quite enjoyable while they are happening, but think about things like city tours and visits to museums, which are generally the whole idea of being there in the first place. Everyone needs to get a glimpse of the Mona Lisa while visiting the Louvre, which actually makes it a pretty miserable and uninspiring experience in real-time. But without that, we can’t boast that we’ve seen the Mona Lisa in person, and obviously there is no pleasant memory of it.

What made me start thinking about this whole topic is a recent article in the Atlantic that used bungee jumping as an example. It’s possibly the most obvious case of paying for the memory rather than the event. Think about it, you pay about US$200 for the jump, which lasts about 4 seconds until you can feel that the bungee will be supporting your weight and you aren’t about to die.

So you are paying around US$50 per second of pure terror, but people go way out of their way to happily fork over the money.

While you are obviously paying for the excitement of getting hooked in, really you are paying for the memories and bragging rights. No sensation is worth $50 per second if you can’t look forward to it and if your memory of it was wiped when it was over. 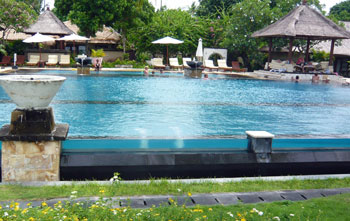 Imagine you work for a generous company, and included in your compensation was a 2-week all-expenses-paid vacation. The only downside is that they don’t tell you where or when you are going until you show up at work one day and they shove you into an airport limo. Suddenly, with no warning, you are sent to Bermuda or Bali or Buenos Aires for two weeks.

In a case like this you still get the memories, but you are totally robbed of the anticipation of it. Many of us adore the guidebook-reading and itinerary-planning part of travel, and other people just love to daydream about drinking margaritas in a hammock somewhere while they are shoveling snow in their driveway. Don’t underestimate the value of the anticipation part, as well as the memories.

How does knowing this help us get the most out of our travels?

With all of the above in mind, I think there are a few strategies you can take to get the most value out of your travel funds.

1 – Plan your next trip right away

This is something that many of us travel fanatics naturally do anyway. In fact, some of us plan two or three trips out, but I also know of many people who don’t really start thinking about going somewhere until they realize they have some upcoming time off. So if you mentally commit to your next destination, you’ll already be deriving some happiness out of it, even if you never end up going.

When you are walking down a cold and rainy street, the idea of a 2-week trip to Aruba sounds twice as good as a 1-week trip, but for almost all of us, that second week doesn’t really add much. In economics they call it “diminishing marginal returns,” to describe the unfortunate reality that each day of a trip is likely to be a bit less fun than the one before.

Even more dramatically, the anticipation and memories of a trip probably don’t shift much between a longer and shorter holiday, so those extra days are probably not money well spent.

To combat this, you are probably better off taking 2 one-week vacations per year than 1 two-week vacation. Or if you can only take one trip, string together two or three different destinations in the same region, like Bora Bora and Moorea, for example. You’ll have deep memories of two different places instead of slightly deeper memories of just one.

3 – Travel fast, rather than slow, on cultural trips 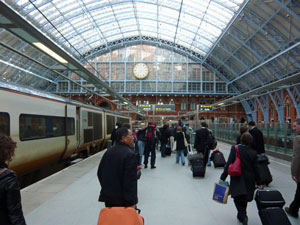 Many people disagree with this one, but sometimes I wonder if they’ve really thought their position out. The conventional wisdom is to travel slow and low to the ground, spending a month in one country instead of seeing 4 countries in that same month.

But honestly, most people don’t have a month to spend in one country, and even if they do, most of them end up with kids or a different kind of job before they know it, and they’ve only tasted a few countries while fast travelers might have tasted dozens.

A while back I wrote about fast travel and its virtues, and with this new topic in mind, I think it’s even more important. You can sleep when your dead, so if you hussle through an itinerary you’ll end up with many more interesting memories than someone who worked on a rural French farm for two straight weeks in order to really get to know the culture (which is impossible in 2 weeks anyway).

A few years ago I did a research trip through Europe that covered something like 9 cities in 17 days, taking trains between them. Was it a bit hectic at times? Absolutely. But do I now have vivid memories of exactly what those historic city centers look like, and memories of the most famous local dishes and drinks? Hell yeah!

Fast travel isn’t for everyone, but it can be good value for many of us, as a cheaper way of buying those lifelong memories that we travel for in the first place.