Looking at the Asian cities list you’ll notice that there are many destinations in Vietnam, Laos, Cambodia, and even Thailand that are extremely cheap, with the enormous metropolises of Delhi and Mumbai being significantly more expensive. The complication is that outside of India’s huge cities, prices tend to go way down, so when taking the country as a whole, India is definitely the cheapest destination in the world.

Get out of India's biggest cities quickly

Obviously nearly everyone will enter India by flying into Mumbai, Delhi, or perhaps Chennai or Kolkata. Some will immediately transfer to another flight to Goa or another resort area, but for most of us our introduction to this country is by staying in one or these enormous and amazingly overcrowded cities.

There are reports of some travelers just getting right back on a plane home as soon as possible, but it’s definitely worth it to stick it out for at least a couple of days to witness the insanity for yourself. But after that, go elsewhere to experience the magical parts of India, and enjoy the world’s cheapest tourism prices at the same time. 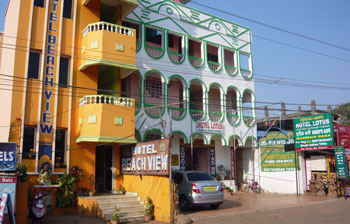 Thanks to extreme overcrowding that has actually sent real estate prices into the stratosphere, hotels in the large Indian cities tend to start around US$20 per night and go up steeply from there. In fact, it’s hard to find anything in Mumbai in the tourist district for under US$40 per night, and India as a whole has very few hostels to help with the situation.

The good news is that just about every other town that gets tourists at all has private rooms starting at around US$2 per night. That’s right, for rates starting at 100 rupees (US$2.15) you can even find hotels that meet Lonely Planet standards, and quality does tend to go way up for those who are willing and able to pay more. Those on even tighter budgets, and those staying more than a few days in one place can usually negotiate even better rates.

For example, a good-sized room withing walking distance of the beach in Goa, Puri, Pondicherry, or any other coastal town can be found for perhaps US$8 including a refrigerator and cable TV. If you can afford US$20 for a double room you can get something large and spotless with a comfortable bed and plenty of other amenities. 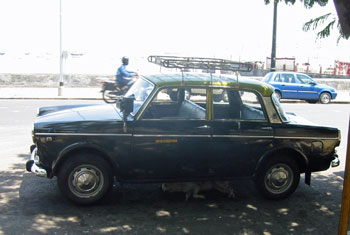 Even though hotels in India’s large cities tend to be somewhat expensive, transportation is incredibly cheap throughout the country.

In fact, Delhi itself has the cheapest taxi prices in the world, and among the cheapest public transportations on the planet as well.

Transportation in India is rarely fast, but even domestic flights on local low-cost airlines tend to be incredibly cheap by international standards. 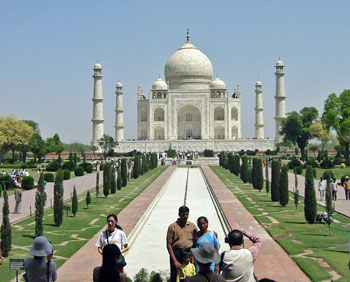 The amazing Taj Mahal costs nearly US$17 to enter, but it’s easily the most expensive attraction in India.

Nearly every other fort or temple complex will be US$5 or even less, and there’s an endless list of free sights and attractions all over the country. In some cases prices for tourists are higher than for locals, but even then you’ll never come across something that feels too expensive for what it is.

Even things like yoga classes are usually just a couple dollars at most, so it’s quite easy to budget virtually nothing for sightseeing and attractions, and be endlessly entertained all day.

This is where things really get amazing for new visitors. While it’s possible to find meals at tourist restaurants in southeast Asia for between US$1 and US$2 for a main course, it can be difficult to find things that aren’t that cheap in much of India. 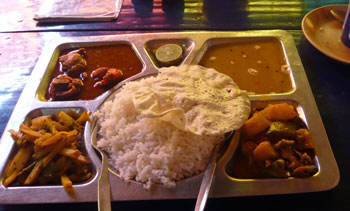 Western food is available nearly everywhere, though in some holy cities it will all be vegetarian, and it’s usually easy to get a starter, a main course, and a beverage for under US$2 total, or a breakfast for around US$1.

Probably the best value if you like curries and Indian food in general is the ‘Thali’ (known as a ‘set-menu’ at many places) where you get a metal tray filled with lentil soup, rice, curried vegetables, pickled vegetables, and even curried meat in many places, all for around US$1.50 to US$2. Better still, these meals are generally all-you-can-eat, even though the original portion will be enough for all but the hungriest travelers. 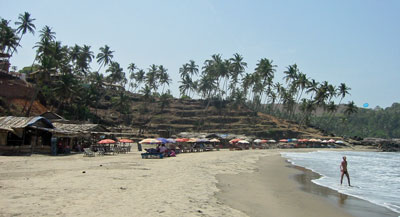 Alcohol isn’t easy to find in some parts of India, though it’s usually just a matter of asking a waiter or hotel employee if you don’t see it on the menu, and then paying a small fee for delivery. Still, those who like tea, fresh juices, or yogurt lassis will always find good and cheap options.

For those who like to combine alcohol and travel, India also tends to be incredibly cheap. While it doesn’t have the world’s cheapest draft beer, the 650ml bottles of Kingfisher and other local lagers are usually cold and inexpensive.

Similar to so many other places, local taxes play a big role in the final price for drinks, and they range from moderate in Mumbai and Delhi, to non-existent in Goa or Pondicherry.

Liquor and mixed drinks tend to be a bit more expensive than beer, but not by much. If you opt for the locally-made Arak (coconut liquor) it can be even cheaper than beer, though it’s not always safe or legal.

India is overwhelming to every traveler upon arrival, even those who’ve already filled up their first passport. Most agree that the key to appreciating the country is to head to smaller towns quickly. There are holy towns like Pushkar in Rajasthan and mountain stations like Darjeeling and beach resort towns on both coasts, and all are less insane and far cheaper and more pleasant than Mumbai, Delhi, Kolkata, and Chennai.