As one of Europe’s more remote and expensive capitals, Stockholm doesn’t get nearly the visitor numbers of cities like Paris or London or Rome. Even so, Stockholm is a stunning place that is packed with history and interesting sights. If you are coming on your first trip to explore the best this city has to offer, the Stockholm Pass is probably a good way to see a lot in a 2 or 3 days.

You’ll see when you look at the numbers below that the hop-on, hop-off bus and boat tour is expensive on its own and if you are going to do it anyway, the Stockholm Pass is a slam dunk. And since the bus and boat tours are the best and fastest way to see a lot of Stockholm in only a few hours, they are highly recommended whether you are considering the pass or not. The ABBA Museum is NOT included with the pass, but pretty much everything else is, so it’s easy to get your money’s worth if you plan your days at least a bit.

Is the Stockholm Pass worth it? (short version) 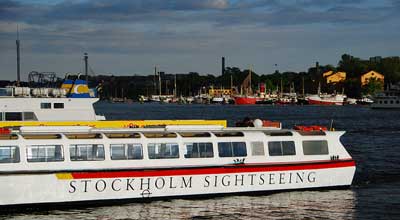 If you have 1 to 3 days to explore Stockholm for the first time, and you want to see the main sights, the Stockholm Pass is almost certainly going to save you money. The hop-on, hop-off bus and boat tour is highly recommended for your first morning to see the highlights and get oriented, whether you buy the Stockholm Pass or not.

The main attractions in Stockholm are all fairly expensive, so it only takes 2 or 3 of them per day to make the pass worthwhile. However, it’s also important to mention that many people visit Stockholm without seeing the top attractions, and they can have a good time as well. So if you want to see at least a few of the included attractions the Stockholm Pass is good value. But if those tours and attractions don’t seem too interesting to you, it’s probably better to skip the pass.

Prices of the 2020 Stockholm Pass

What's included with the Stockholm Pass

The Stockholm Pass includes free admission to over 60 of the top attractions in the city, including queue-skipping FastTrack entry to several of these.

Officially you get the following 4 items:

Out of the 60 attractions that are included, more than half of those are cheaper places that many people won’t be interested in. It’s best to focus on the most expensive and most popular attractions when judging value in your case.

Here are the key attractions that you'll want to focus on

These are the most popular and expensive attractions included in the Stockholm Pass. You can visit all of these in 2 or 3 days, and if you do the pass will save money.

Highly recommended for any short first-time visit to Stockholm, these buses do 24 stops through all of the main tourism areas with a loop taking 1 hour and 40 minutes. There is also a separate 11-stop harbour boat tour that is included and also recommended during the warmer months. The Stockholm Pass includes this bus and boat tour for the duration of your visit.

The 600-room Royal Palace is Stockholm’s top tourist attraction so you’ll definitely want to make a visit. It’s located in the center of everything on Gamla Stan island, so you’ll be passing it several times whether you stop in or not.

If you’ve seen photos of Stockholm, you’ve seen photos of the Viking-style warship Vasa, which sunk in 1628 and was recovered in 1961. This popular museum is another one that you’ll at least want to visit quickly, which is easy to do with the Stockholm Pass because you don’t feel like you have to spend hours there to “get your money’s worth.”

This 50-minute boat tour takes you around the most central and photogenic islands in Stockholm’s lovely harbour.

Everyone knows the Nobel Prize, and this museum shows you all about how they started and how they work. Again, if you go in with a pass you can do a short visit without the guilt.

Sweden’s oldest amusement park is obviously big with families. The Stockholm Pass is good for admission to the park, which is a lovely place to spend a few hours. You can buy ride tickets once inside if you like.

Not unlike the London Eye or other Ferris Wheels, the SkyView is actually a 20-minute ride over the top of the Ericsson Globe. Some think the individual ticket price is too high for 20 minutes, but with a Stockholm Pass that doesn’t matter because it’s included.

This popular boat tour out to the Drottningholm Palace leaves from next to the train station and takes 60 minutes each way. You probably won’t want to do this on a 1-day or 2-day pass, but on the longer passes this is a really nice half-day attraction.

Is the Stockholm TravelCard worth it?

The Stockholm Pass with the TravelCard option would cost exactly as much as if you bought them separately. Since Stockholm’s attractions are quite spread out, and individual transit rides are very expensive, a TravelCard is highly recommended for almost any visitor. As a result, you might as well buy the TravelCard option if you are going to buy one anyway because the price is exactly the same and this will save time when you get there.

Where to buy the Stockholm Pass

Top attractions that are included in the Stockholm Pass

There are about 50 more attractions that are included, but most of those cost less than SEK80 on their own, so the ones above are the ones to consider when deciding on a Stockholm Pass.

Top attractions that AREN'T included in the Stockholm Pass

Is the Stockholm Pass a good deal? 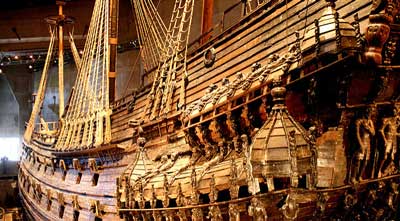 As mentioned above, the Stockholm Card is a good deal for anyone who already plans on taking the hop-on, hop-off bus tour and visiting at least a few of the top attractions such as the Royal Palace and Vasa Museum. Stockholm has an efficient underground transport system that can get you around quickly, so seeing several attractions each day is quite easy. The optional TravelCard is sold at the exact price it sells for in town, so if you will need one it makes sense to order one with the pass.

On the other hand, it would be a mistake to visit a long list of attractions that might not actually interest you, just because you can get in free. So when deciding whether to buy a Stockholm Pass for yourself, make sure that there are enough attractions that you are genuinely interested in.

Who should buy the Stockholm Pass

Who should NOT buy the Stockholm Pass

Where to buy and collect the Stockholm Pass

21 Cheap destinations for 2023 with great weather in July 23 Europe All-inclusive resort destinations from cheapest to most expensive in 2018 World's cheapest overwater villa holiday is now in Malaysia: US$112 per night When is the best time to visit Italy? Here's how to decide