Caribbean destinations with no hurricane damage in 2017

In late summer of 2017, the Caribbean and United States were hit by several hurricanes that famously tore apart at least a few islands. Watching the images it’s easy to conclude that the entire region was devastated. While several islands did receive horrendous damage, the majority of them (including all of the most popular destinations) were never affected.

It’s a confusing time to start planning a winter 2017/2018 holiday and many people are asking which destinations are fine and which should be avoided. After getting these questions I decided to put together a comprehensive list of all of the most popular Caribbean destinations with their current status for potential visitors.

If you want the most up to date information I recommend CaribbeanTravelUpdate.com, which is run by the Caribbean Hotel and Tourism Association and is doing a great job at compiling the latest updates. Some of the islands that seemed mostly wiped out are actually going to be ready for visitors in November or December of 2017.

Islands that were hit hardest in the 2017 hurricanes

As of late October, 2017, most resorts on the above islands are still closed, although some of them such as St. Croix are recovering quickly. Others such as Barbuda are likely to be entirely closed at least through 2018 for tourists.

If you are unsure about what is going on it’s probably safest to avoid the islands listed above and book elsewhere until further notice. Fortunately, all of the large islands and almost all of the top all-inclusive destinations are still open and untouched by storms.

Generally listed cheapest to most expensive 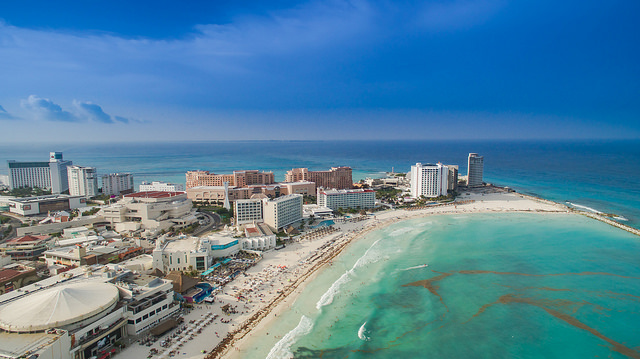 Some people forget that Cancun is on the Caribbean and that it’s one of the most popular and affordable destinations in the region. Cancun is an excellent place for a beachfront hotel or an all-inclusive resort, but those looking for more variety will be happier in the town of Playa del Carmen or the nearby island of Cozumel. 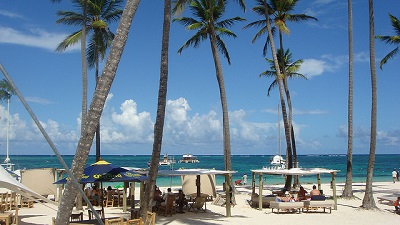 A couple of the 2017 storms did brush against Dominican Republic, but none made direct hits and any minor damage was cleaned up within a week or so. This large island is the all-inclusive king of the Caribbean, and Punta Cana is by far its most popular beach area. The value here is amazing, especially for the large all-inclusive properties that offer several hotels on one beachfront compound. 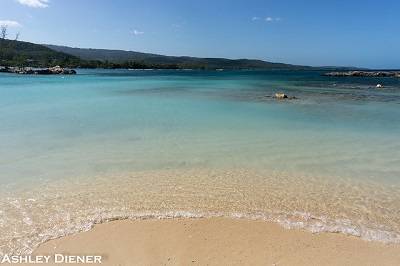 Jamaica was close to the path of a storm or two, but none hit it and everything is open for business. Montego Bay has the busy airport that brings most tourists to the island, and there are many large resorts including many all-inclusives within a short ride of the airport all the way to Ocho Rios to the east. Negril is served by the Montego Bay Airport as well, and it’s a better choice for visitors who want a more authentic Jamaican experience. There are many all-inclusive resorts in and near Negril, but there are also scores of small beach hotels where you can feel the Jamaican spirit and vibe. 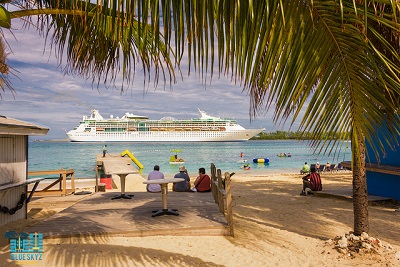 The Bahamas are spread through a large area just north of the Caribbean, and a few of the smaller islands were in the path of a storm. But Nassau and Grand Bahama, which are the two busiest islands for tourists, were generally untouched by the hurricanes so everything is normal. These islands aren’t as cheap as you might think, but at least they are close enough to the US that they are fast enough to reach even for a long weekend visit. 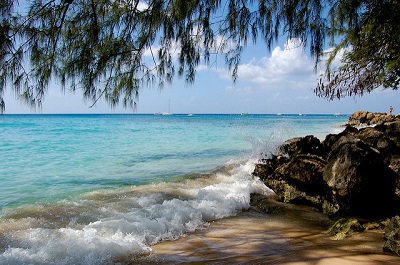 Barbados is one of the many Caribbean islands close to South America that were completely outside the path of any major 2017 storms. They offer a wide variety of accommodation from large resort hotels to beachy guesthouses. This is one of the better scuba diving islands in the Caribbean as well. 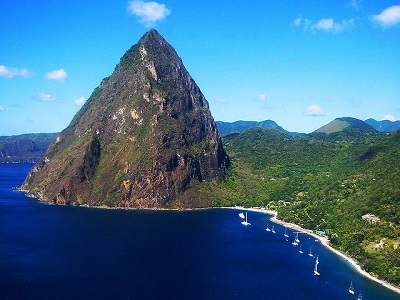 Located just northwest of Barbados, St. Lucia was also untouched by all of the 2017 storms. With arguably the most dramatic island scenery in the Caribbean, you can expect some expensive hotels and crowded streets on days when the cruise ships are docked. But St. Lucia also has its share of affordable 3-star hotels and simpler accommodation. Finding cheap airfare can sometimes be tricky though. 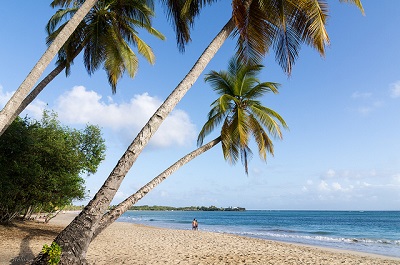 Just to the north of St. Lucia, Martinique is one of France’s Caribbean islands and it’s very popular with French nationals and French Canadians. You can get by in English if you have to, and since Norwegian Air started flying in, finding cheap flights is easier than ever. 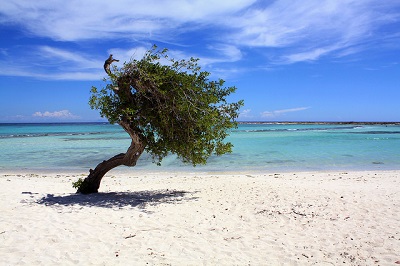 The ABC Islands as they are sometimes known, are close enough to South America that they haven’t been in the path of a major hurricane in well over 50 years. Some say they are outside of the hurricane zone altogether, although that might be a stretch. None of the storms came through their area so things are normal on Aruba, Bonaire, and Curaçao. This is also a diving hotspot more than an area known for endless sandy beaches. 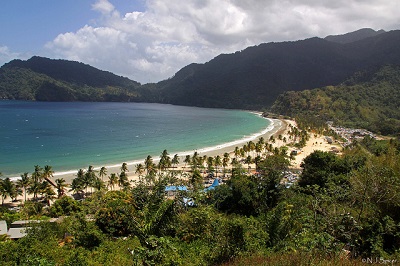 Also located just off South America, Trinidad and Tobago were completely untouched by storms and are open for business as usual. Trinidad is the larger island with most of the population, but Trinidad is where most of the nicer resorts can be found. 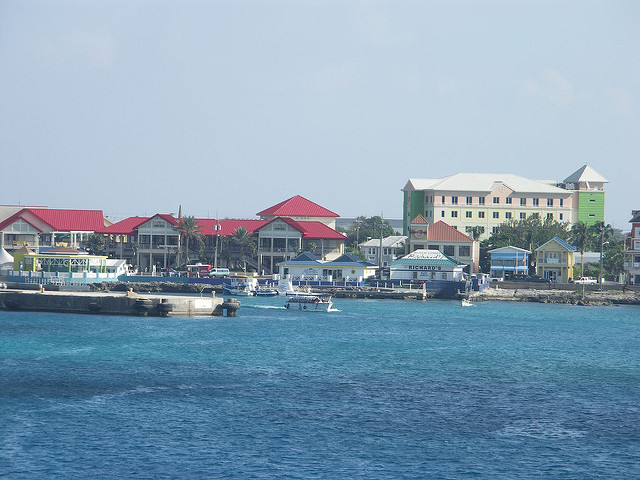 The Cayman Islands also got a pass from the 2017 storms and are open for business. This is also a global banking center with many high-end hotels, so it’s not a great place to search for a bargain. 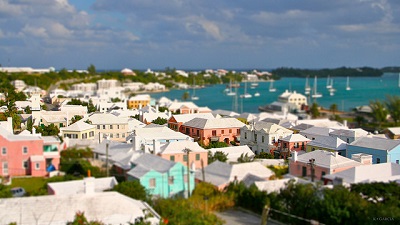 Trivia experts are quick to point out that Bermuda is well north of the Caribbean Sea. Not only is that true, but it helped keep the island from being in the path of any storms once again. Due to its northern latitude, it can be a bit chilly in winter. Also, there are no cheap hotels at all, so make sure you can afford accommodation before you book a flight. 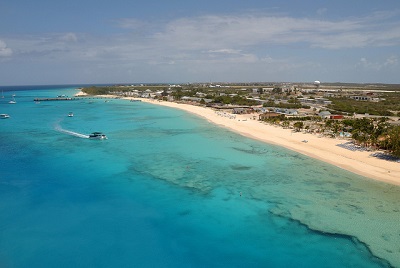 Turks and Caicos is another island chain that is a bit north of the actual Caribbean Sea, but it’s close enough that it’s always lumped in. They did get a bit of storm damage in 2017, though it was all quickly cleaned up and they are open fo business as normal. St. Kitts and Nevis are surrounded by islands that got clobbered, yet somehow they managed to come out of the 2017 storms with only minor damage that was quickly repaired. This is a high-end island that could be a good alternative to St. Barts now that that one is under repairs.