It’s very common for newer travelers to plan an extremely ambitious itinerary for their first major trip, whether it’s to Europe or Southeast Asia or elsewhere. “Is 5 cities in two weeks too much?” they’ll ask, and at least 90% of the more seasoned travelers will scold them and insist that “two weeks barely is enough for 1 city, much less five!!!11”

Obviously we’ll be getting into some generalizations below, but I’m here to argue that in many cases these ambitious itineraries might be best as they are. People who’ve been to Europe or Southeast Asia 7 or 8 times themselves can easily forget that most people are lucky to go once, at least during the current phase of their life, and that pushing yourself on that one big trip has plenty of its own rewards.

So below are six major reasons why, at least for newer travelers, rushing around might be the best strategy. 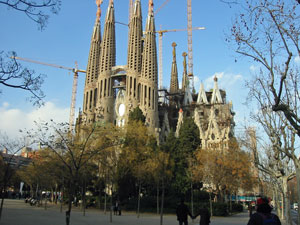 Among seasoned travelers there is a platitude that goes, “Always assume you’ll be coming back,” spouted only to make someone feel better about missing something on their current trip. There’s another variation that says, “Save those other cities or countries for a future trip.” But you know what? For most people, they’ll never be back and their “next trip” might be to Disney World with their kids in 5 years, or at least to a totally different part of the world that interests them.

Now, let’s say that each traveler intends to do at least a one-month trip every year, but it turns out that a new job or relationship or family situation or lack of finances means that the next trip may never come, at least in this same phase of life?

The notion that everyone is going to have a chance to spend 6 weeks in each of these 6 countries is wishful thinking at best, or just lying to yourself at worst. For many of us, it’s better to actually assume we won’t be back. 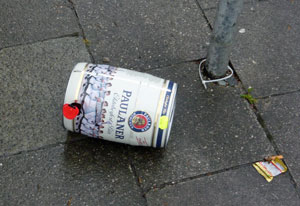 Even if you aren’t familiar with this economic principle, it should be easy to understand here. There is a thrill that comes along with spending the first 48 hours in any new city, but days 3 through 7 will have a lot in common with those first two, so each additional day can feel a bit less valuable the longer you stay in one place. You’ll be walking the same streets and seeing many of the same monuments you did the day before, so while it can feel more comfortable, the excitement you are really after is leaking away.

I can’t even count the number of times when I’ve arrived in a new city and felt overwhelmed and disoriented, but then only 24 hour later I’ve seen the main sights and I practically feel qualified to give walking tours to newcomers. Obviously the size of the city will dictate how quickly you really have the lay of the land, but honestly I feel that two days can even feel a bit slow in some of the smaller ones. I spent four months in Vietnam and on another trip I spent one day in Cologne, Germany. The day in Cologne was more exciting than almost every day in Vietnam, for me.

3 – Familiarity breeds too much familiarity

One of the severe weaknesses with “slow travel” is that the long stays and short hops will absolutely lead to a familiarity with the quirks of the area that will make new sights seem underwhelming. 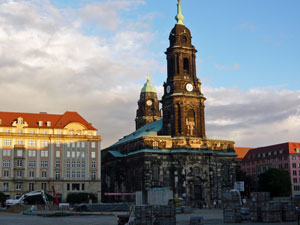 Traveler 1 is obviously going to know some parts of Italy pretty well, while Traveler 2 is only spending a week hitting the highlights. Traveler 1 gets to sample seafood in Sicily, pizza in Naples, pasta in Rome, pasta with a different sauce in Venice, and a different shape of pasta with a different sauce in Bologna. Traveler 2 gets to sample many of these same things, plus souvlaki in Athens, schnitzel in Vienna, goulash in Prague, currywurst in Berlin, and Vlaamse frites (and weed) in Amsterdam.

You can substitute churches or art museums or Roman ruins for the food items and it adds up to the same thing. Spending a long time in one city or area means that the sights, sounds, people, and cuisine will look quite the same before long.

4 – A cultural vacation is no time to relax anyway 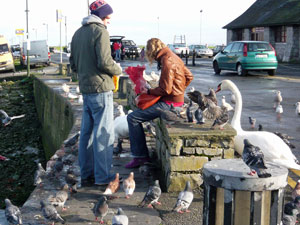 One common argument against moving quickly is that it’s exhausting to switch cities every couple of days. Well, it certainly can be, but it can also be worthwhile anyway. Regardless if you stay within a few cities in one small area or you cover half of Europe in a month, a trip like this is going to be expensive. You’ve come to get as much fun and excitement as you can out of a trip like this, not to relax. If you want to catch up on your reading list and take naps during the day just go to Florida or sit in your backyard instead.

It can definitely feel a bit hectic when you are checking out of hotels every other day, but consider the fact that a 2-week holiday will last a lifetime in your memory. Do you want to have memories of spending 3 hours watching ducks in a Paris park, or memories of the extra cities and sights you tacked on instead?

5 – Ground travel fills in the gaps and is entertaining itself 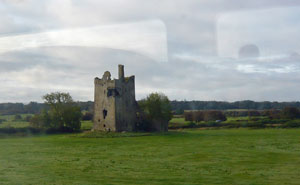 This one only counts for ground transportation, and trading it for air travel totally disqualifies it, but being able to take in the scenery in between far-off cities can be incredibly entertaining unto itself. Take the Traveler 2 itinerary mentioned above: The Athens to Rome part is probably a cheap flight, but after that you can do them all on the train, or even in cheap buses with Eurolines.

The 436 kilometers between Venice and Vienna include some stunning scenery, which looks nothing like the scenery between Naples and Rome. Knowing the landscape between cities you’ve visited can help build a better understanding of the destinations themselves.

6 – Relative to the cost of the whole trip, the extra stops are cheap and efficient 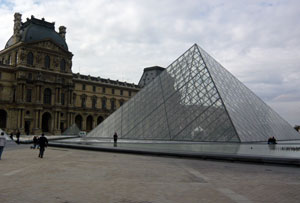 Many people like to recommend slow travel largely because it’s much cheaper than fast travel. If you look at it a different way, it can actually be more expensive.

Let’s say one person wants to spend 4 weeks in Italy, and a friend wants to use the last week of that trip to visit Paris as well. On that trip, the cheap flight or train ride back and forth to Paris will add a bit to the overall cost, but how much does it cost to fly to Paris from the United States for a week the following year?

The first person is getting an extra week in Italy and they’d have to spend another US$1,000 or so on airfare to make it to Paris the year after. The second person obviously gives up that 4th week in Italy (and based on the law of marginal diminish returns that will be the least-enjoyable week anyway) and for maybe US$100 on EasyJet they’ve spent a magical week in Paris as well. Would this second person want to fly back the following year to spend yet another week in Italy? Maybe, but probably not. Next year it’s Prague, Budapest, Sofia, and Istanbul!

There should be no rules for travel and each person should do what they think will make them happiest. Depending on the circumstances, a slow trip might be perfect for someone, but under other circumstances they might end up better off by hauling ass and seeing as much as possible, perhaps finding great places to return to another day, if it works out that way.

Is the Cape Town Pass 2020 worth it? We review value and prices here Best Montego Bay all-inclusive resorts for couples, families, nightlife & more 26 Cheap destinations for 2022 with great weather in June Cheap student and teacher airfares to Europe and elsewhere